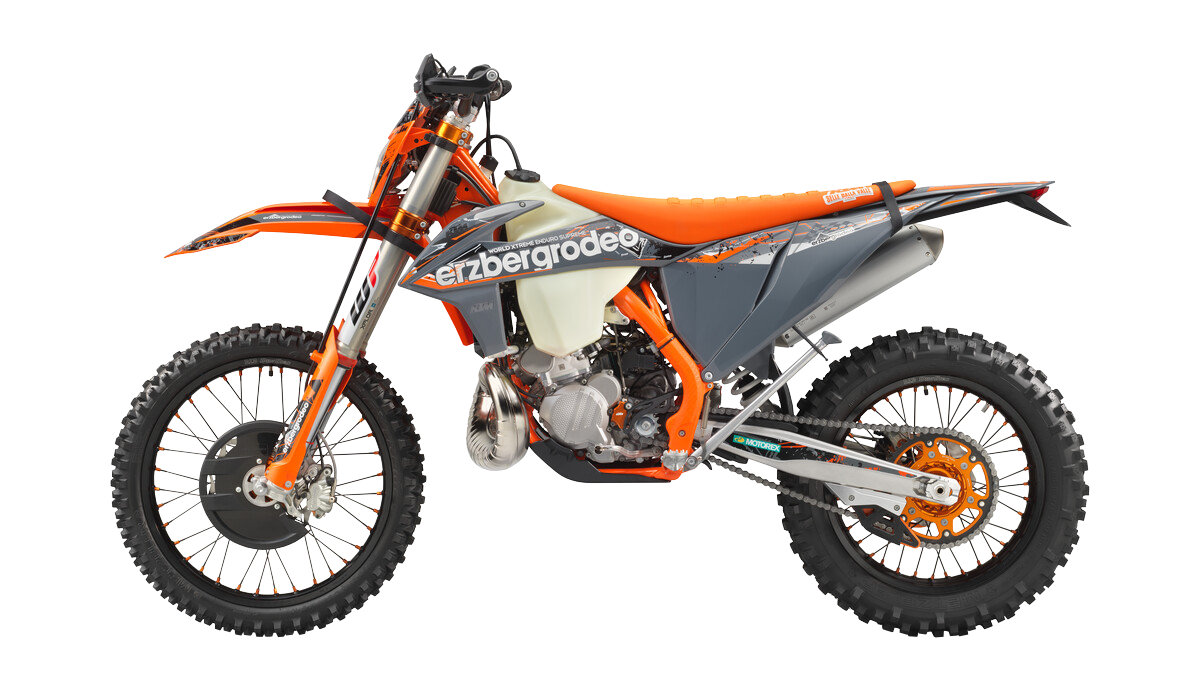 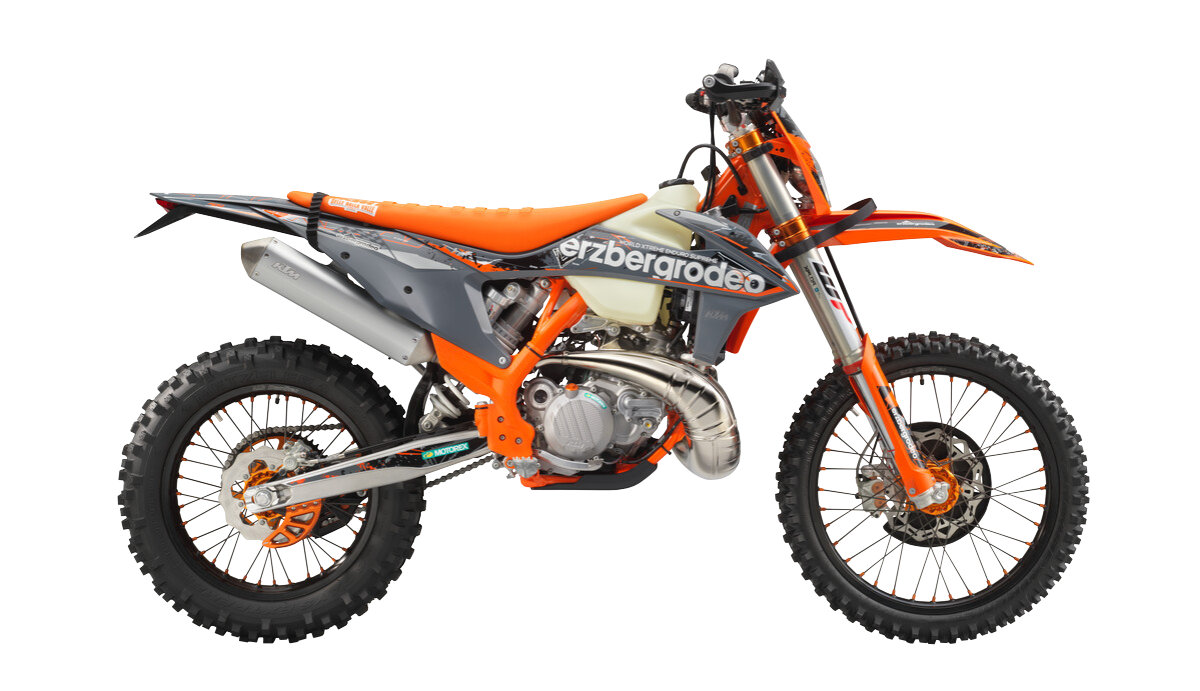 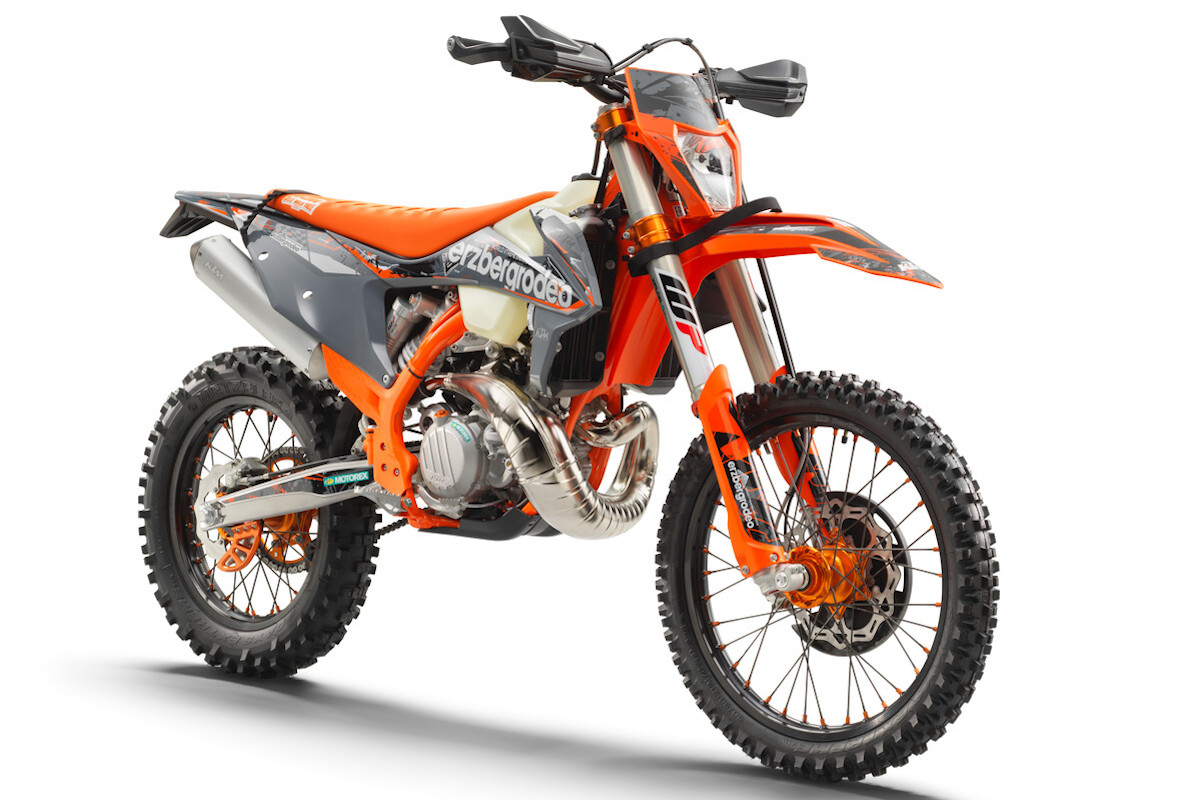 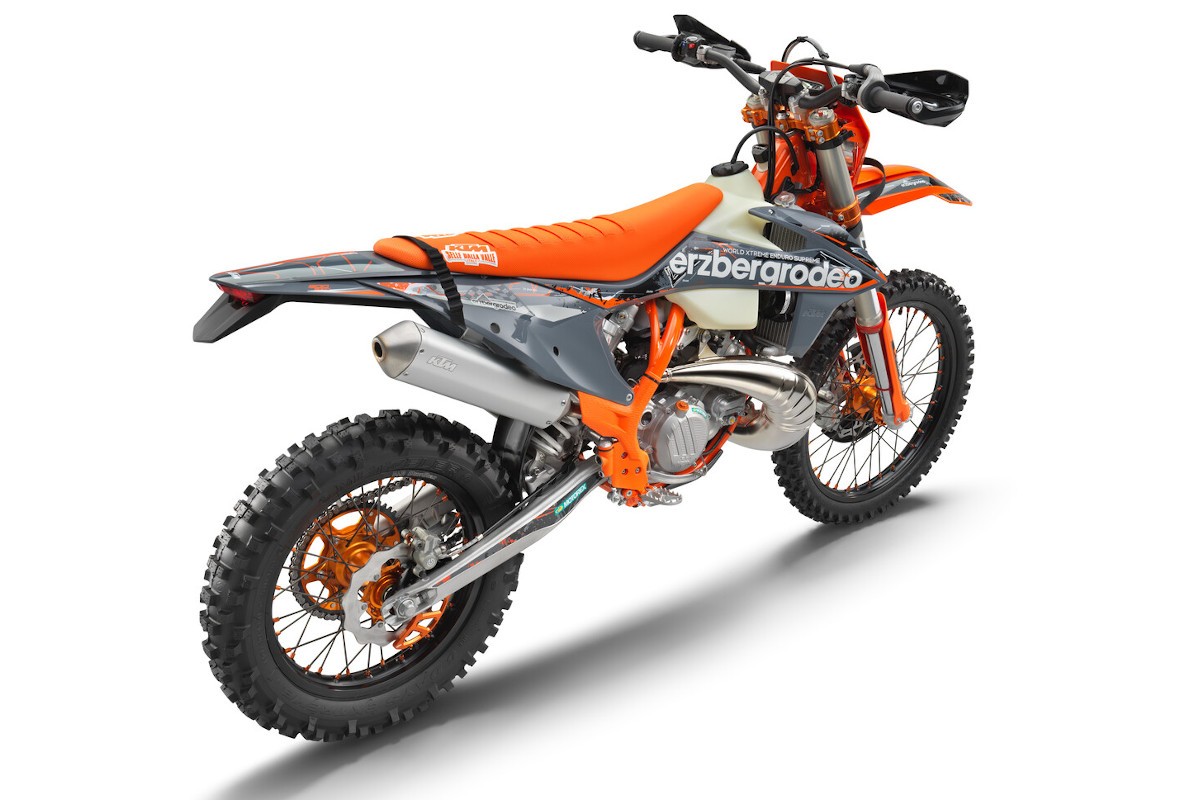 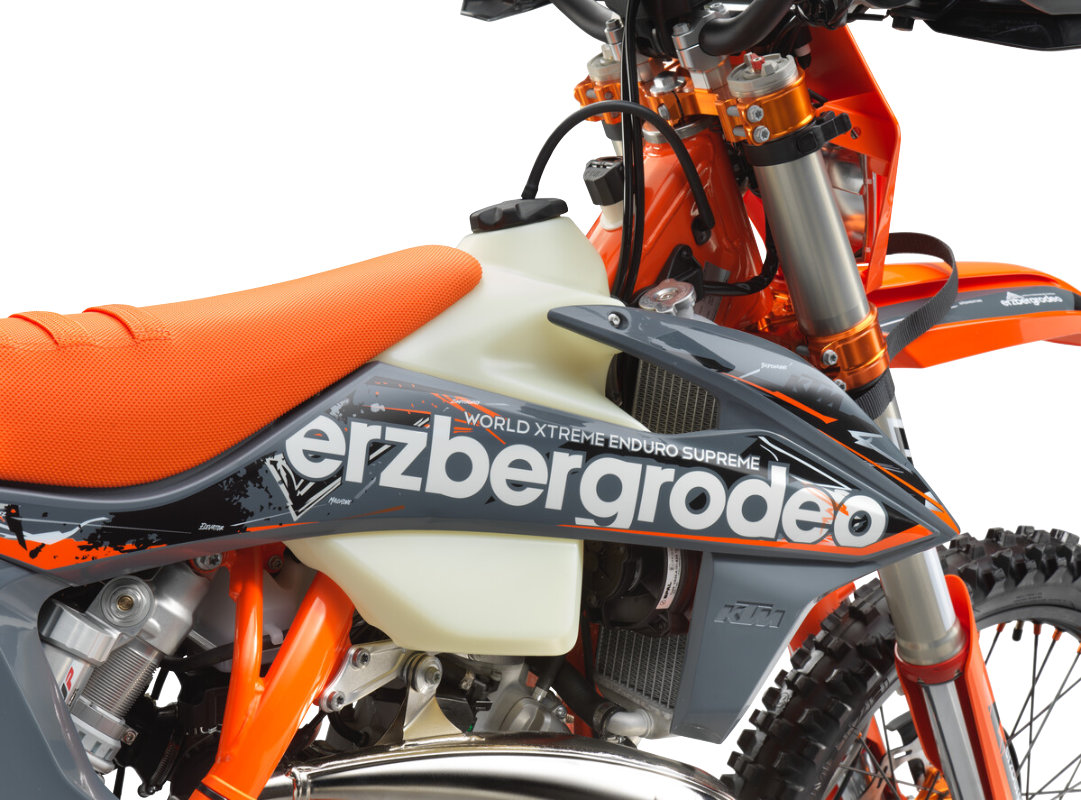 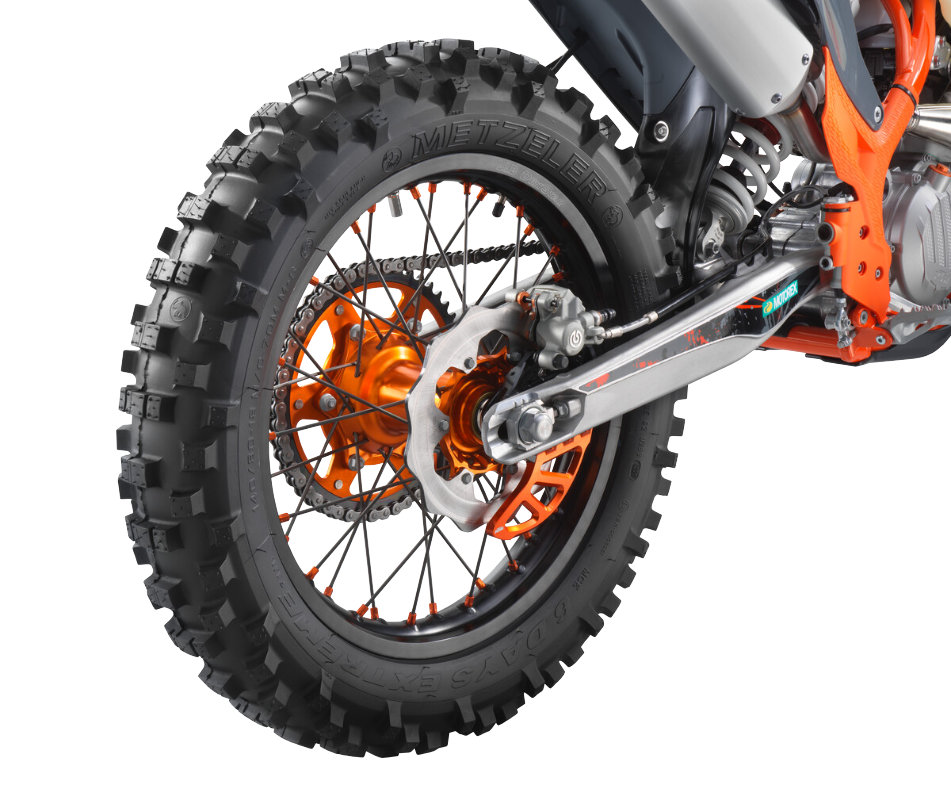 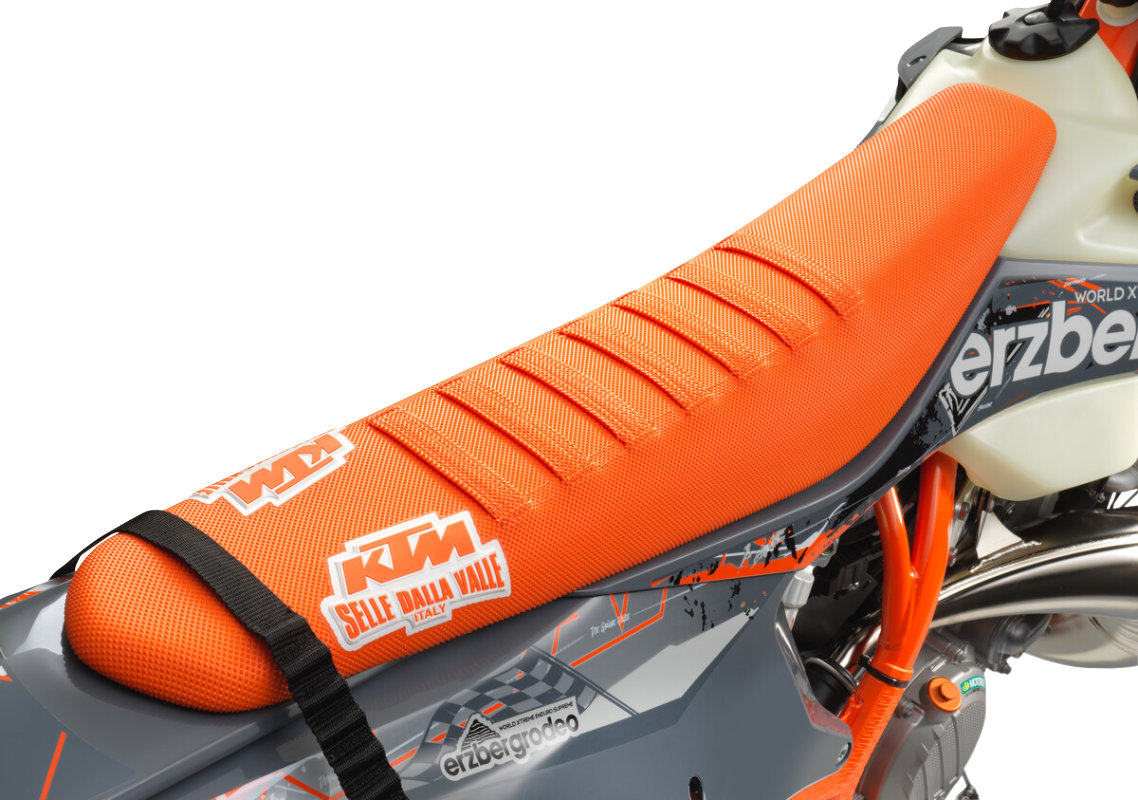 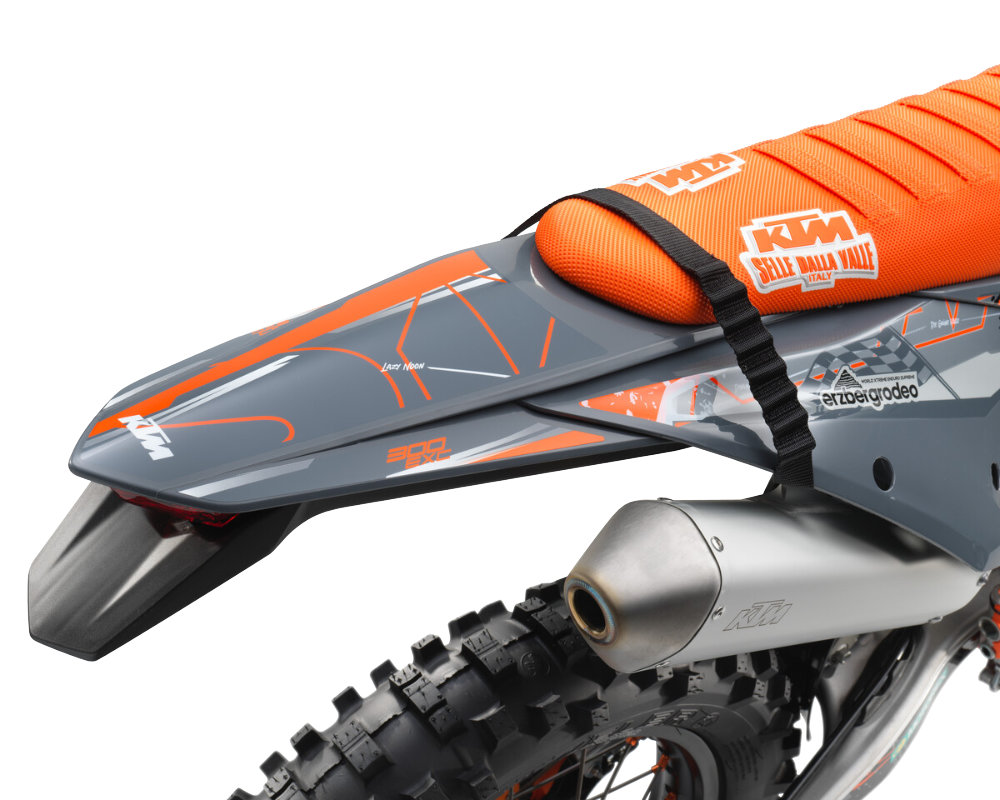 KTM and Kailub Russell launch the latest KTM 300 EXC Erzbergrodeo special edition at this weekend’s third round of the Hard Enduro World Championship on the famous Iron Giant mountain in Austria.

If you’re going to launch a special edition version of one of your biggest selling motorcycles linked to one of the most iconic races on the planet, then where better than the event itself?

Say hello to the 2023 KTM 300 EXC Erzbergrodeo, the enduro model which walks right in to the Power Parts shop like a regular Joe and walks out like Snoop Dogg on a night out.

The bling on the, by now, well-established Erzbergrodeo edition 300 EXC includes CNC-machined triple clamps, factory wheels with anodised hubs, plus a host of protective parts all fitted with extreme and hard enduro racing as a definite aim.

To be clear, because there seems to be some confusion on social media, the Erzbergrodeo edition is an uprated version of the 2023 300 EXC, tailored towards extreme enduro. Enduro21 featured the 2023 EXC model range here: First look: 2023 KTM Enduro range – ‘90s purple colours

The look is always distinct too and one of the reasons this model sells like the hot stuff from a shovel. The new Erzbergrodeo graphics mix with the orange frame and checkpoints from the famous Hare Scramble race like ‘Elevator, ‘Machine’ and ‘Carl’s Dinner’.

The 2023 KTM 300 EXC Erzbergrodeo was launched by eight-times GNCC Champion Kailub Russell who, remarkably, will give the Erzbergrodeo a spin this weekend (we think!). Russell and Chris Birch put the new model to the test on the Iron Giant in the launch video:

The 2023 KTM 300 EXC Erzbergrodeo is available to order now through any KTM authorized dealership but quantities are limited.