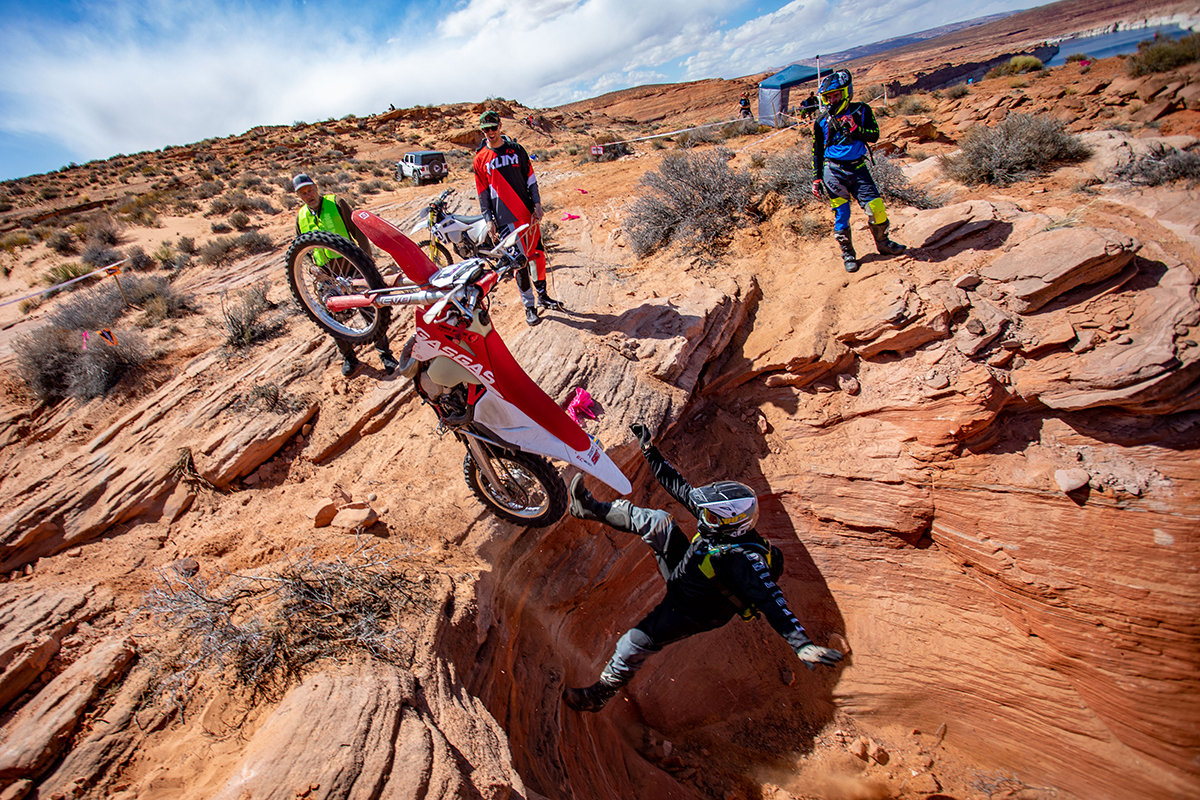 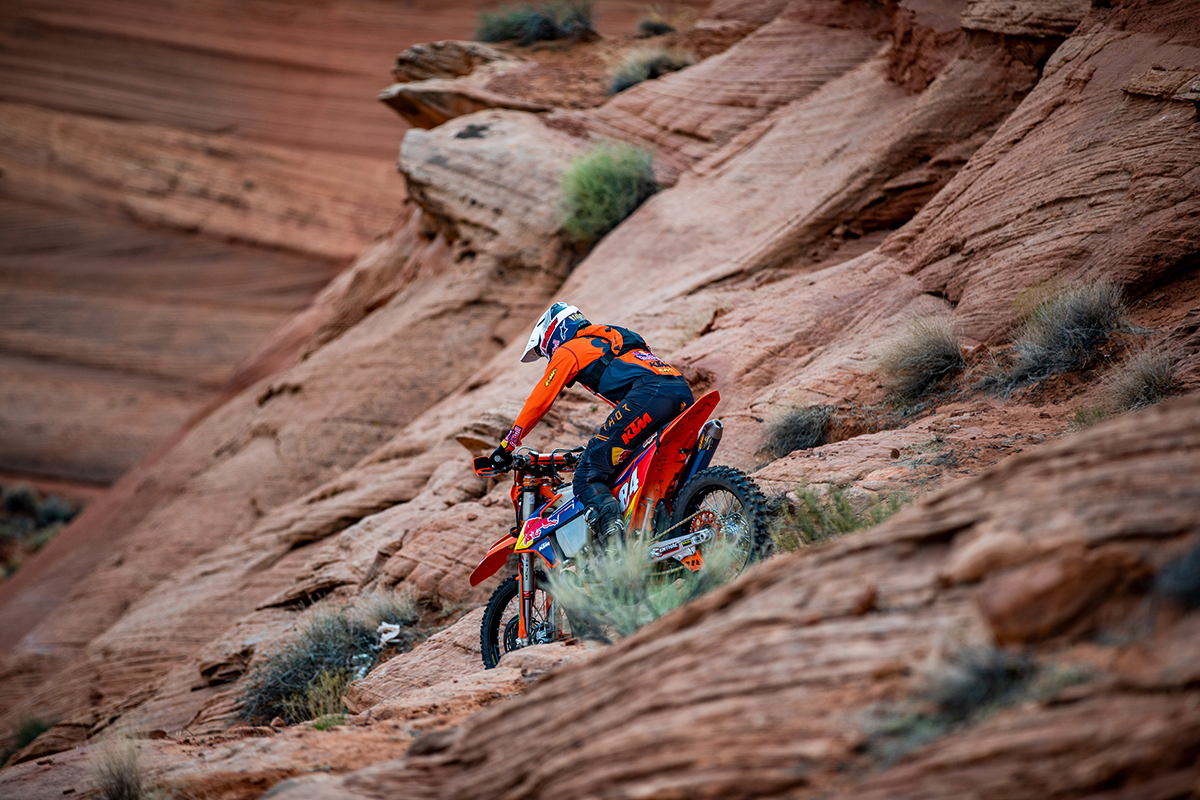 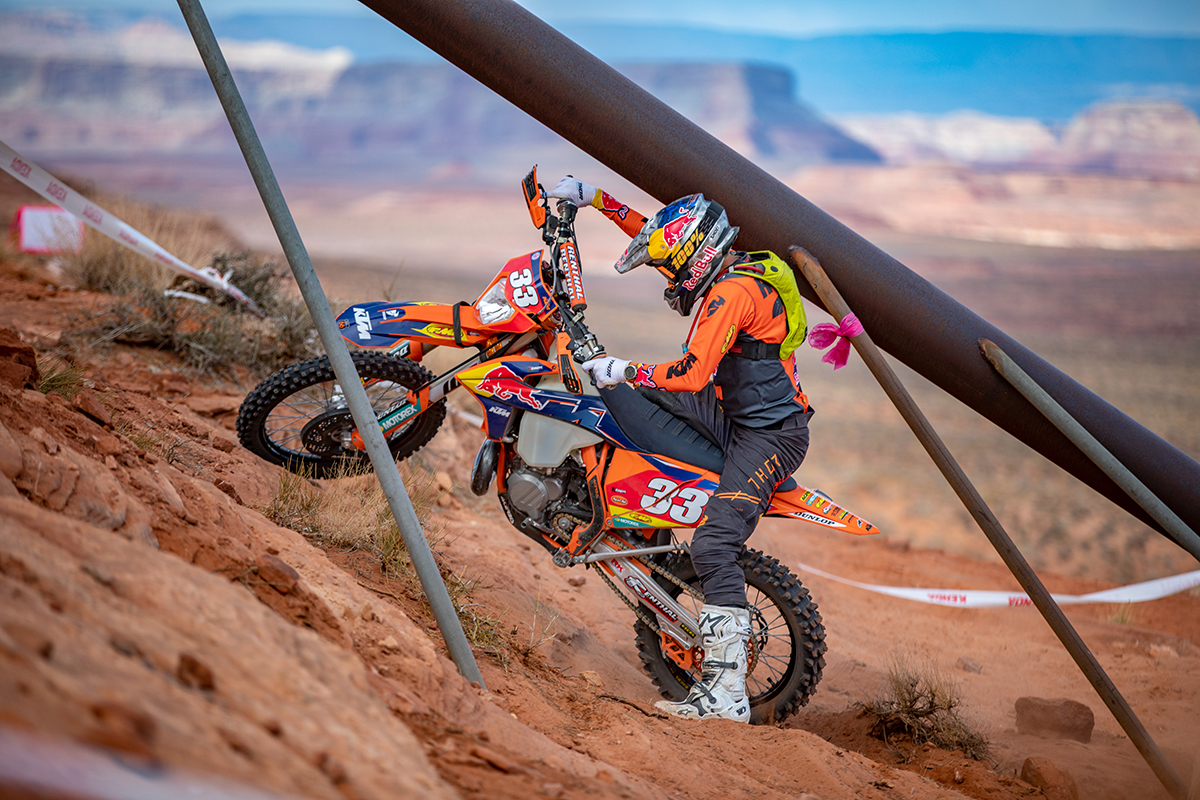 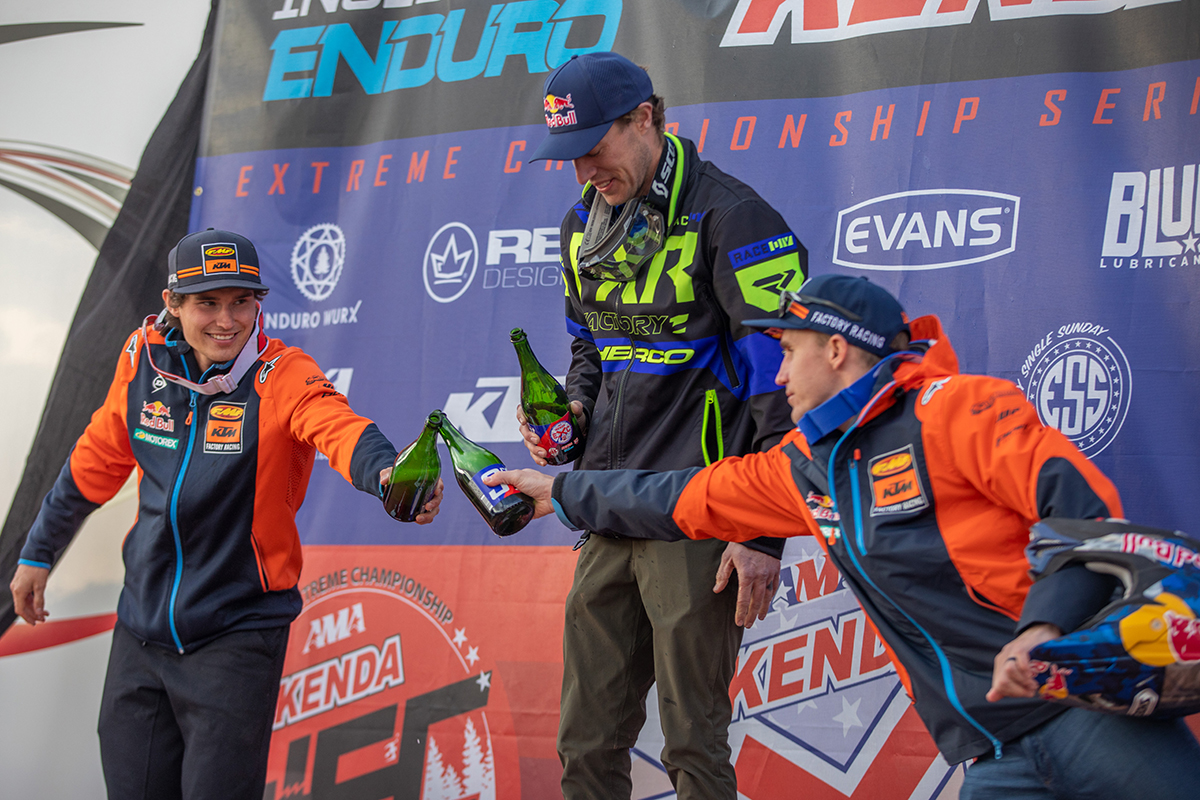 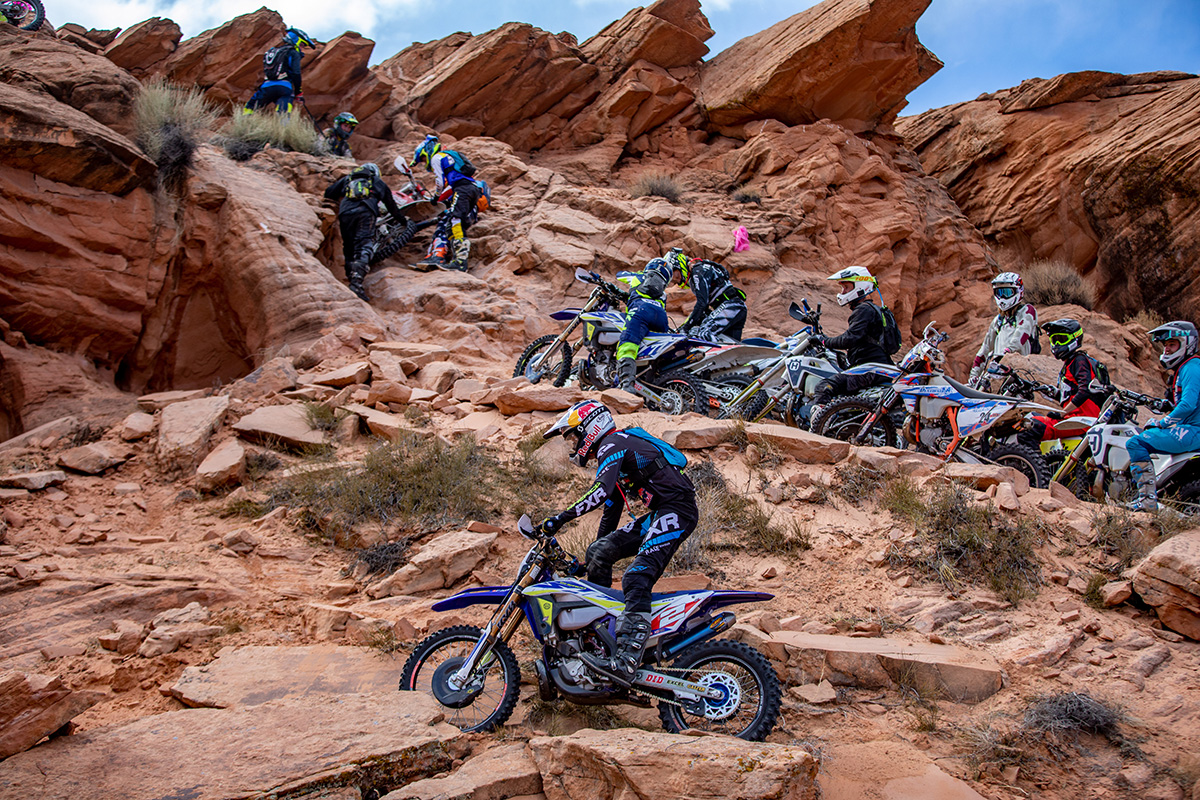 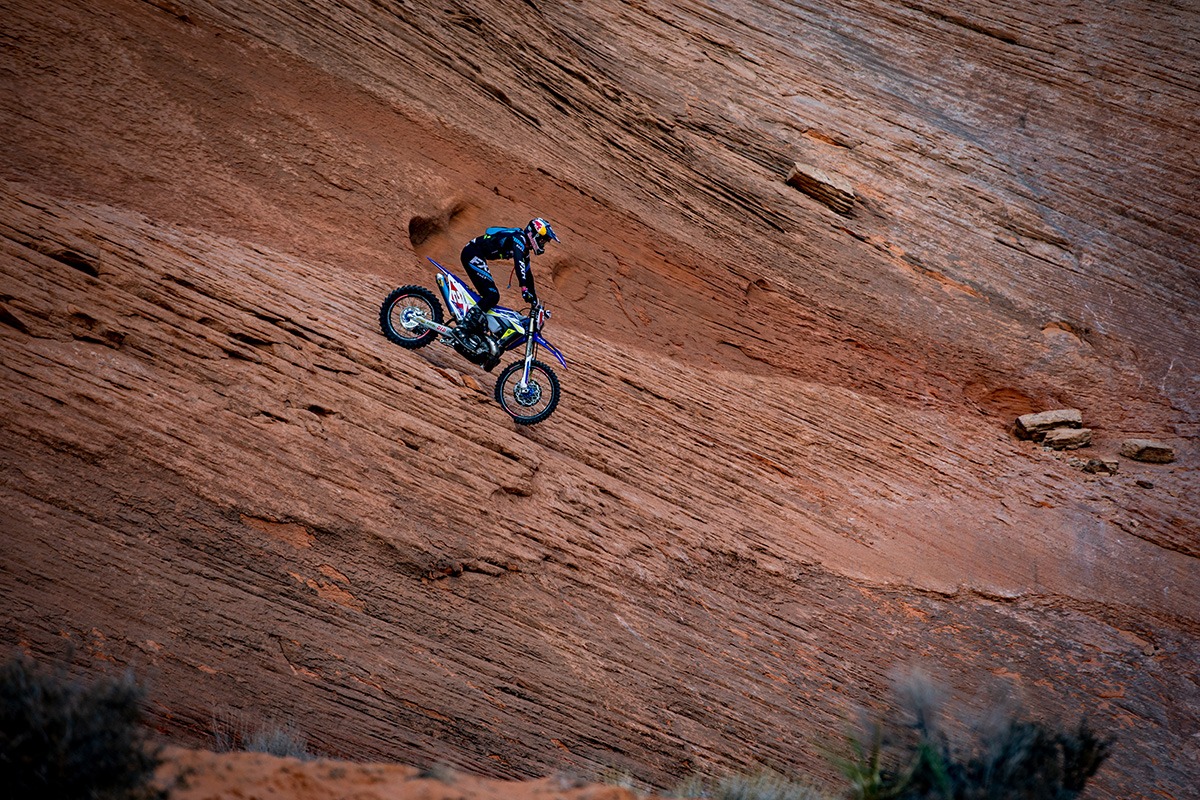 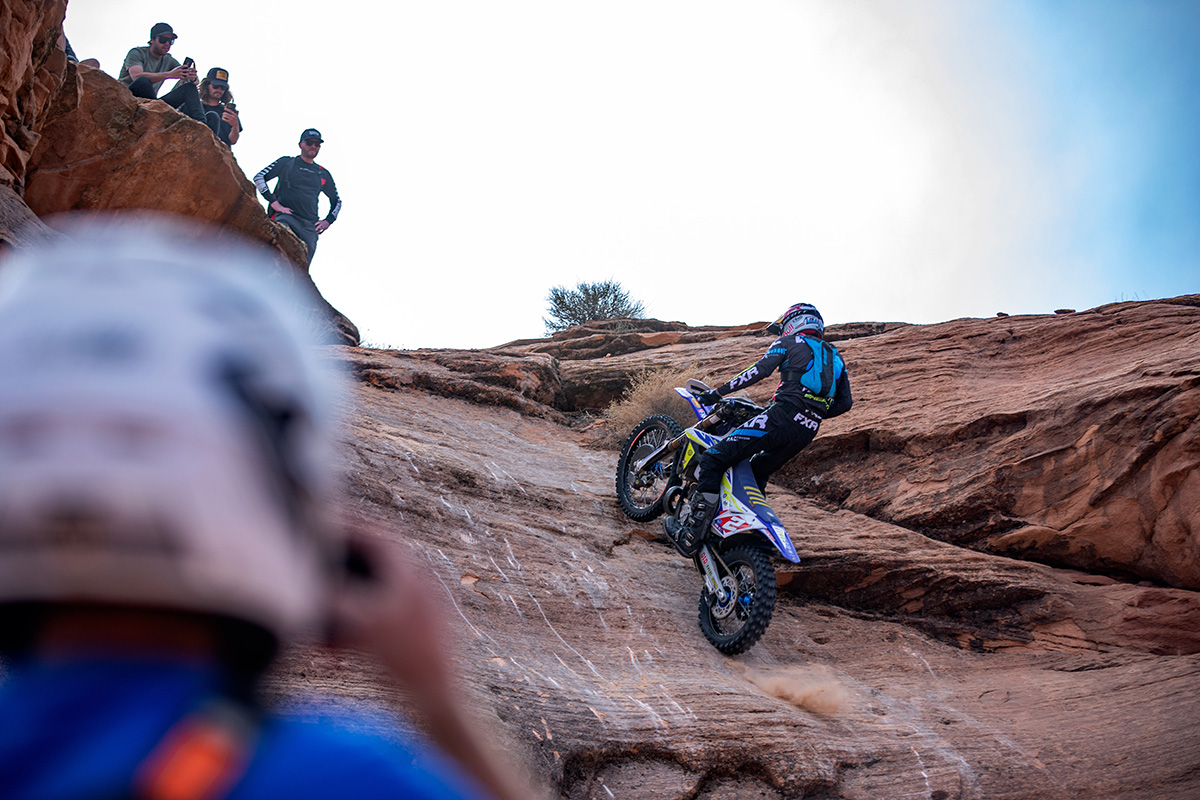 Cody Webb wins the Grinding Stone Hard Enduro, round one of the new Kenda AMA Extreme Enduro series, after a close battle with Trystan Hart over four hours in the amazing Arizona rocks.

Webb made a pass for the lead just after lap one and kept out front for the remainder of the enduro to take the win by a margin of 40 seconds over Trystan Hart who pushed Webb right to the finish. Taylor Robert rounded out the men’s podium with Haaker in fourth on a very battered and bruised Husqvarna.

Only the top six were able to complete four full laps and the tough terrain meant many amateur riders spent time stuck in the main race line creating congestion. In turn that meant the Pro riders were forced to find some creative alternative lines. Not at all of which were a walk in the park…

Tyre also strategy played a role in the race with the sandstone eating up rear tread. With Webb leading by just over two minutes coming into the end of lap two, FactoryONE Sherco team report that Chief Mechanic Cody Richelderfer and Webb changed rear wheels for a fresh tyre and managed to keep the lead despite adding fuel too.

“Trystan and I were kind of the tortoise and the hare today, and we picked it up as the day went on.” – Cody Webb

Forsley the only female rider to complete the course

Louise Forsley convincingly won the Women’s Class quite simply because she was the only female to complete a full lap in the rugged conditions. She finished 57th overall in a field of almost 200. Given that riders are not permitted outside assistance in the obstacles it was impressive and showed her trials skills.

“I broke the ignition switch early on, thank God Cody had put a backup switch by the airbox…I had to keep starting the bike that way.” Said Forsley.

“Everything that we got to was just extremely challenging and I'd look at things and just know that I had to get up them. I'd help people and then hopefully in return they would help me back.”

Amateurs were stacked up one behind the other at the toughest sections including one of the toughest, Wells Falls where Louise had an off on one attempt. Bikes were flying as riders went full send their bikes up the steep dry waterfall face. 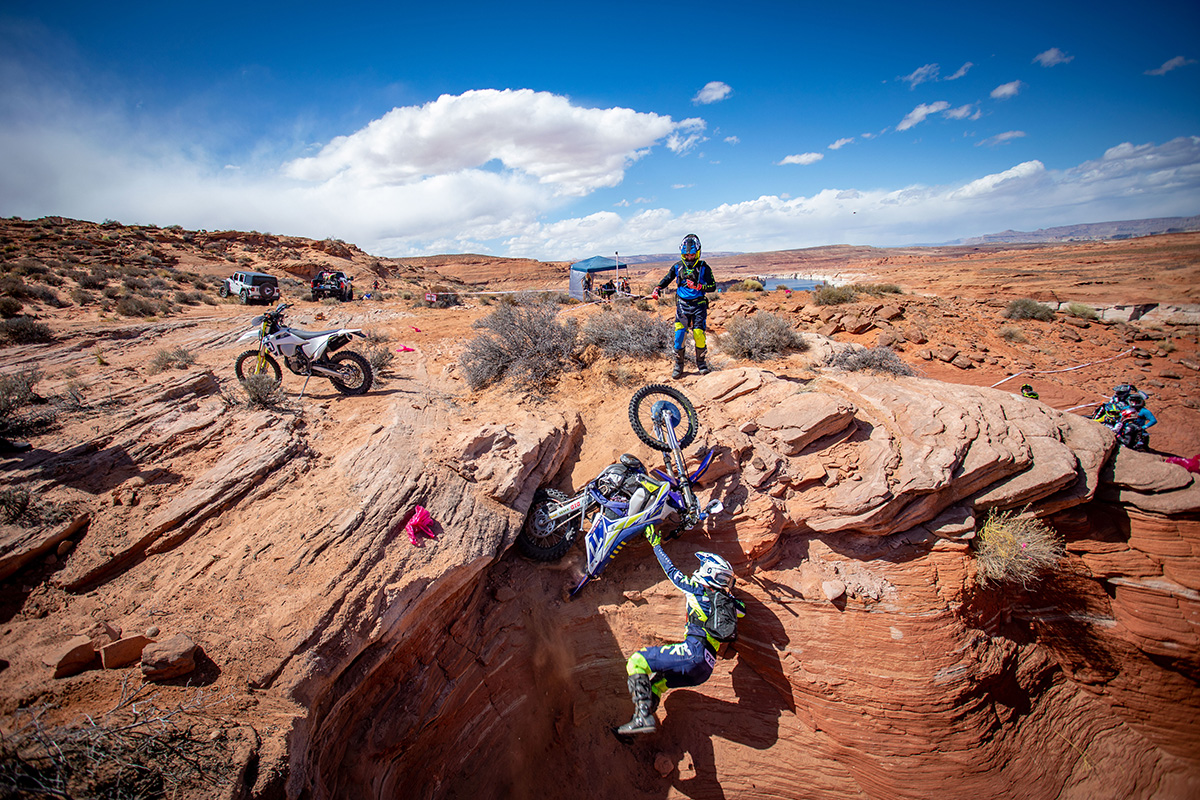