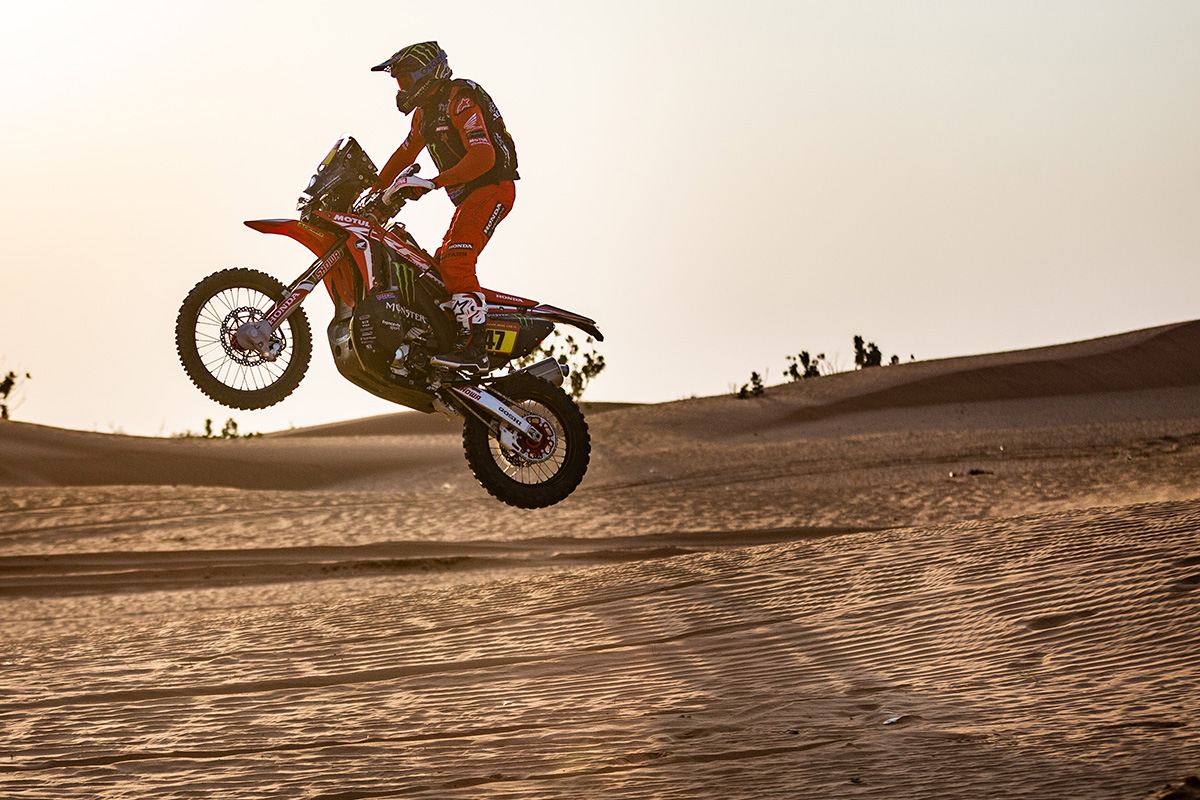 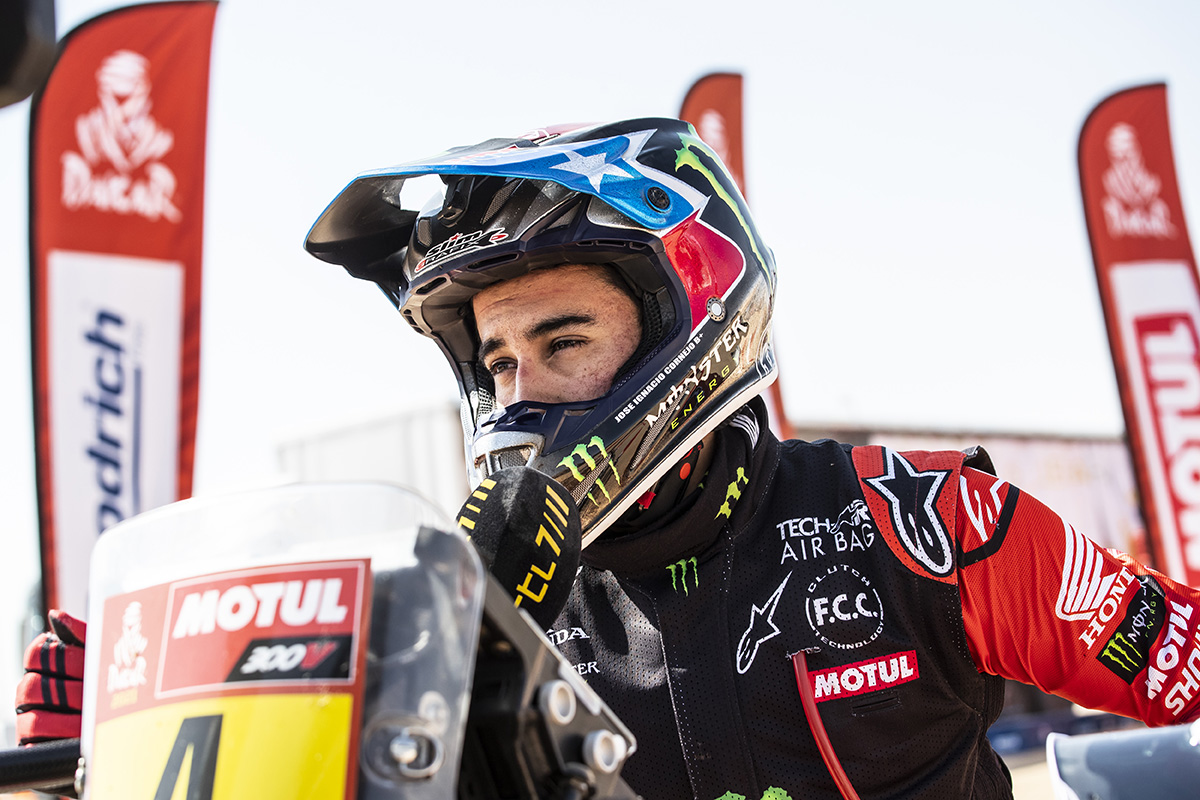 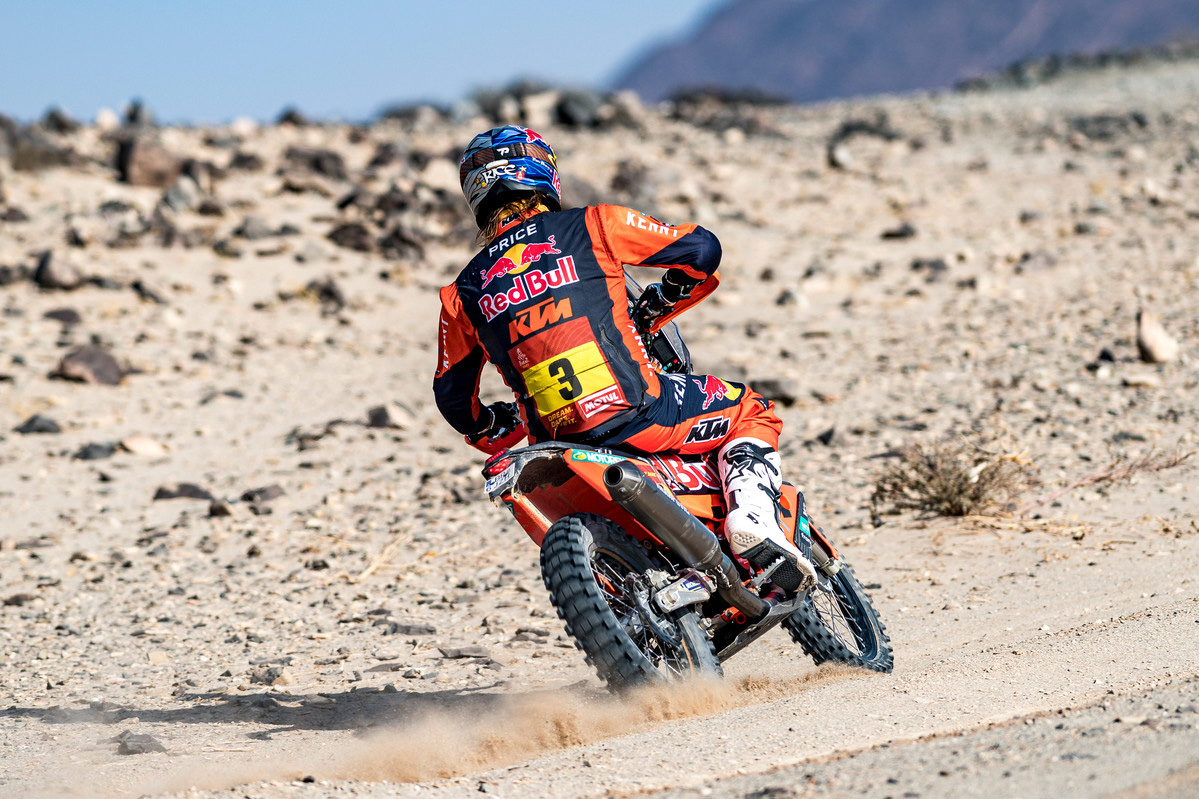 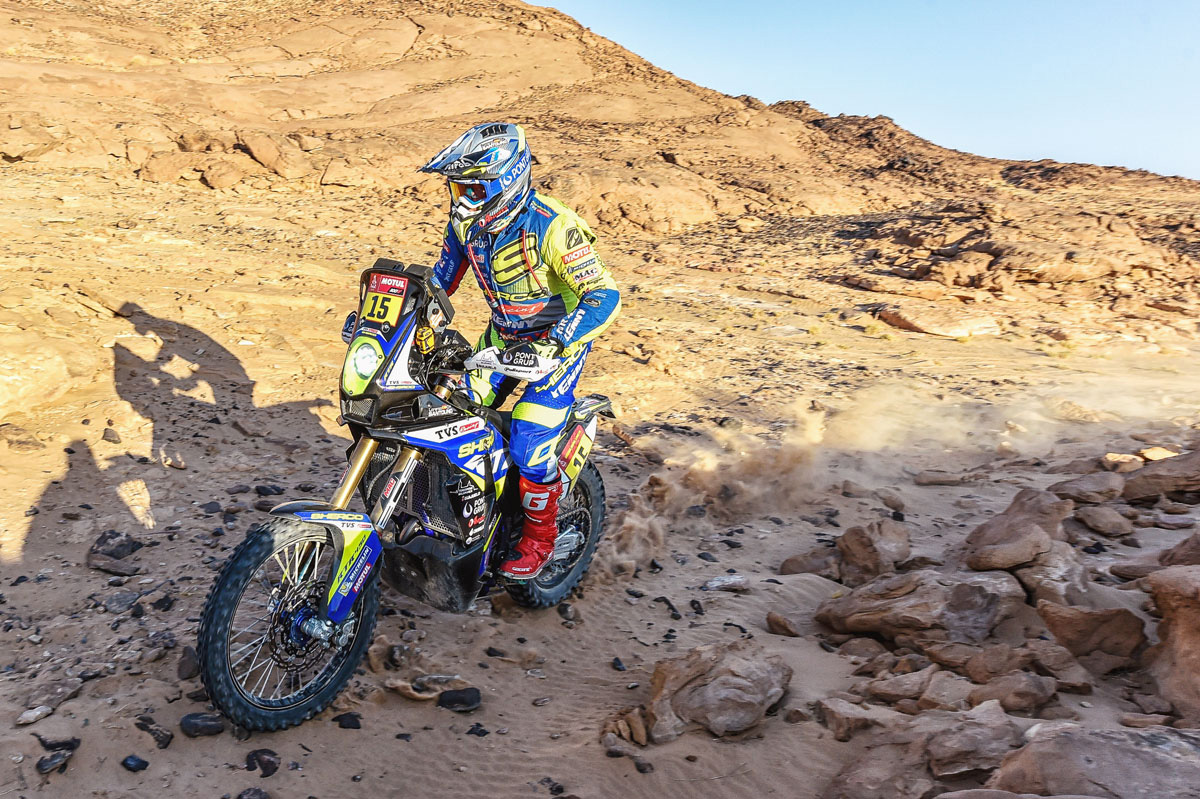 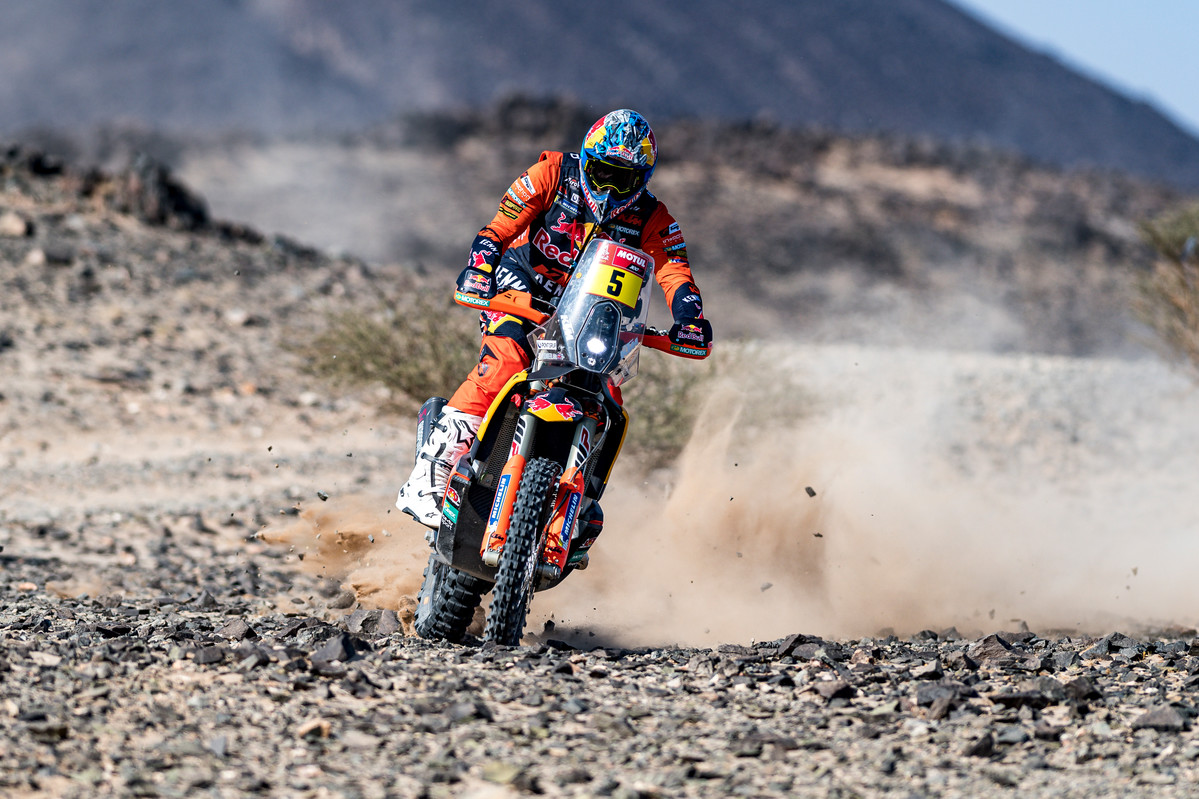 HRC rally’s Kevin Benavides has taken the stage five victory and the overall Dakar Rally lead despite “losing a lot of blood” after smashing his face into his bike and breaking his nose – Jamie McCanney is among the retirements on a challenging 456km special. 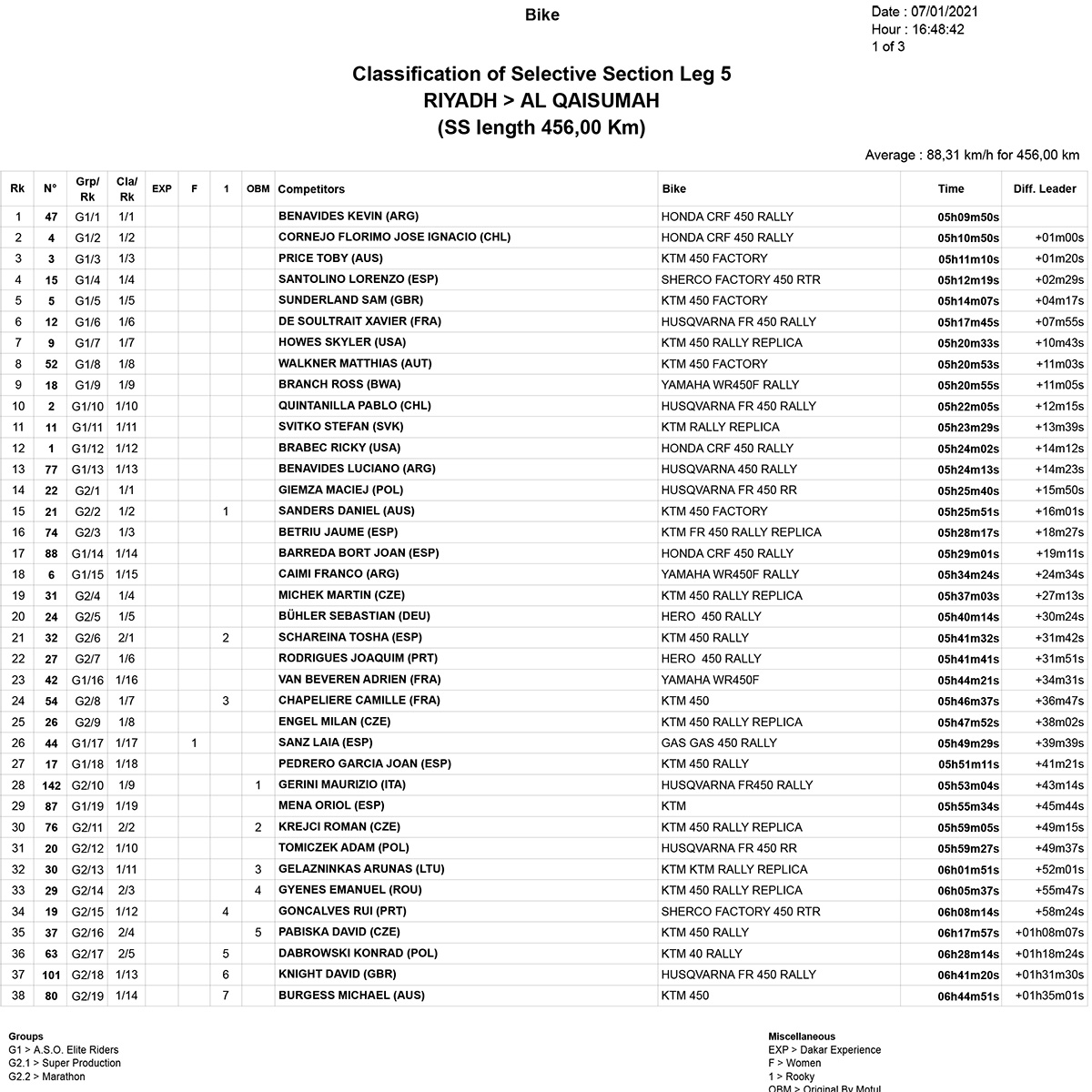 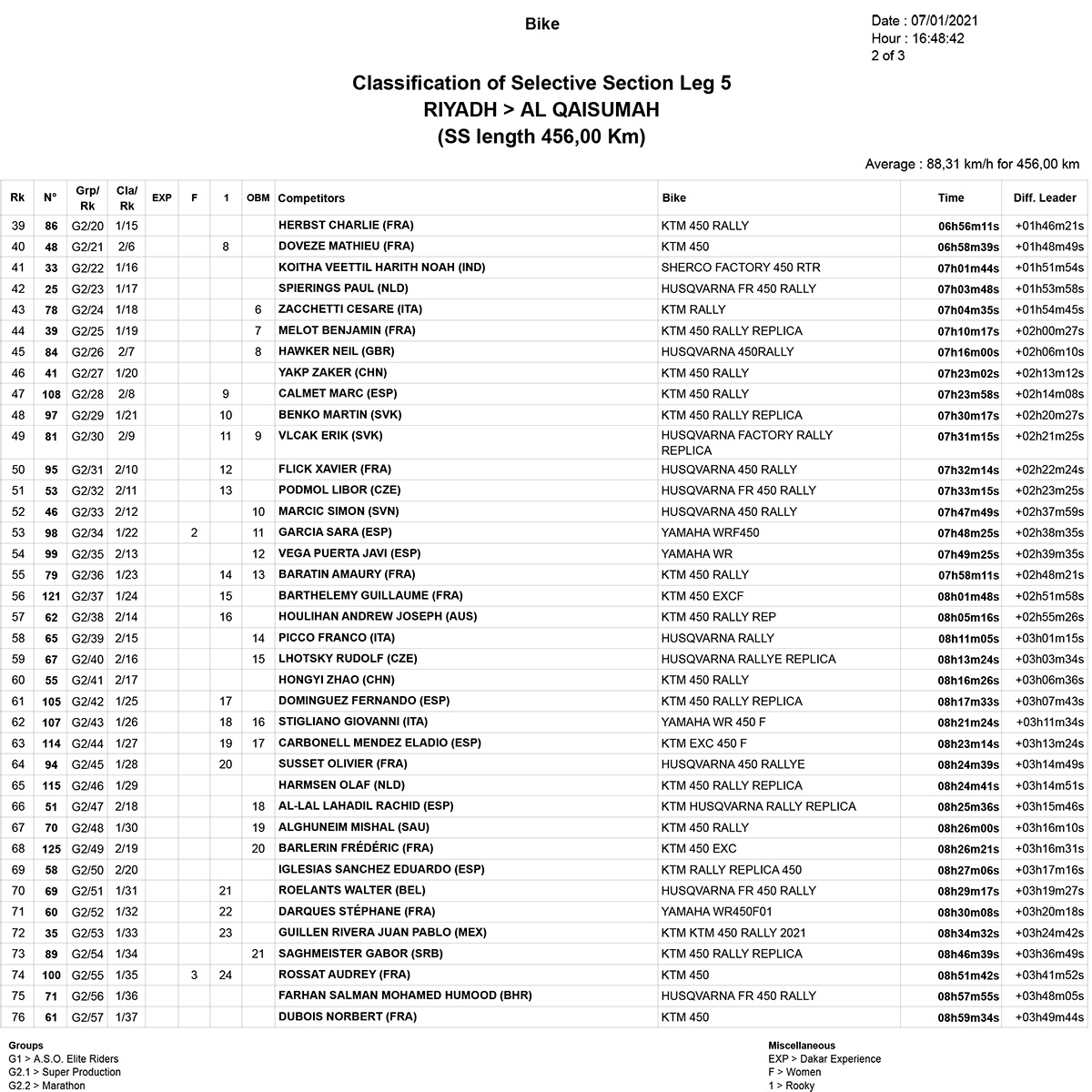 It was a good day for…Lorenzo Santolino. The Sherco Racing rider had his best-ever Dakar stage result in fourth overall. On the back of the Andalucia Rally podium result (pre-Dakar shakedown race) the former EnduroGP rider is proving his and Sherco’s mettle.

It was a bad day for…Jamie McCanney who becomes the second Monster Energy Yamaha rider to retire after Andrew Short’s dodgy fuel issues. Former EnduroGP rider McCanney hit mechanical problems with his bike (not thought to be fuel issues this time) between waypoints five and six. He is not alone. The list of retirements and major mechanical issues today included Jan Brabec who was also racing inside the top 20.

The Elite riders only have six pairs of tyres to play with. Some of the riders who are setting a blistering pace out front could well find a knock-on effect as we move into week two – “I’ve used three tyres already…it’s not great news”, said yesterday’s stage winner, Joan Barreda... 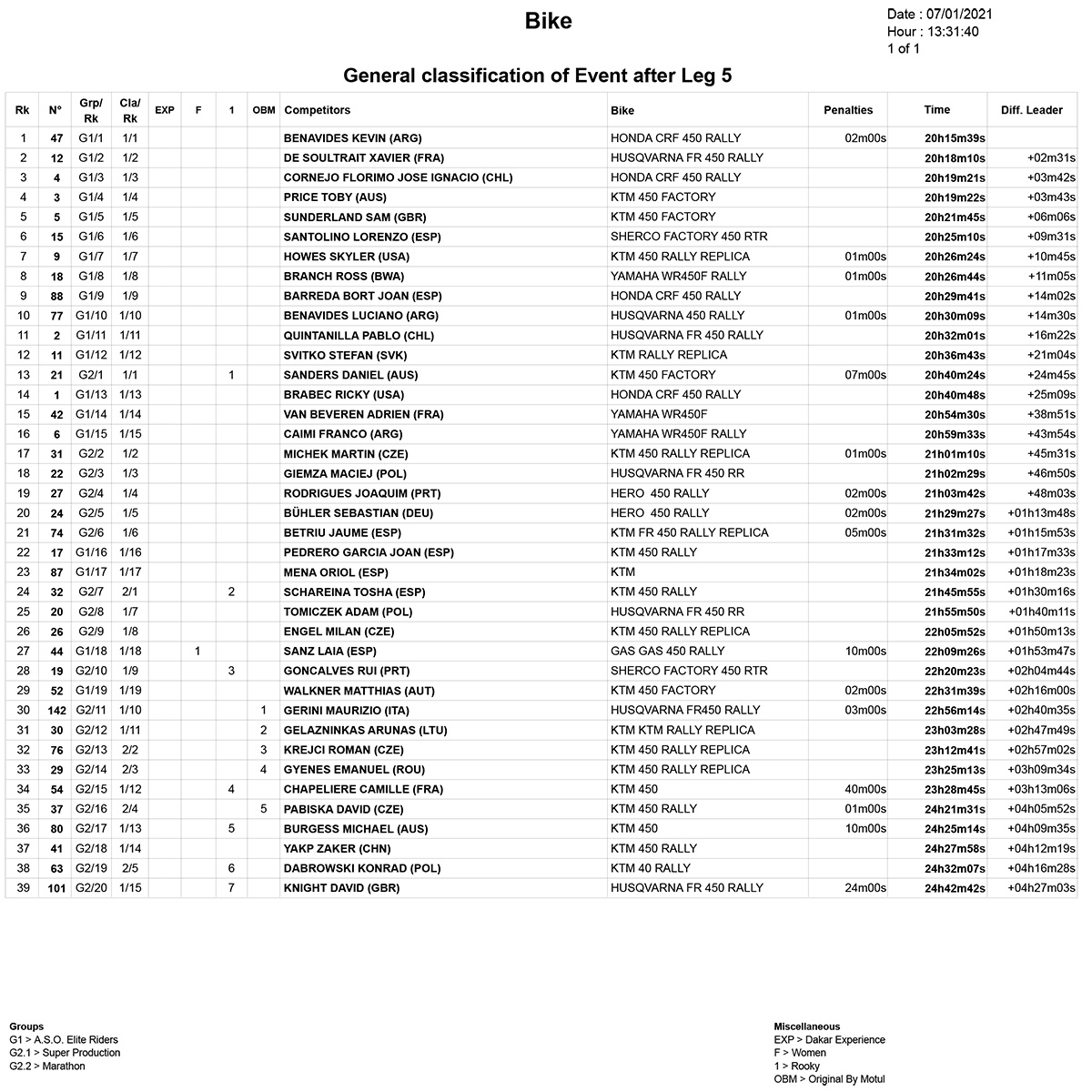