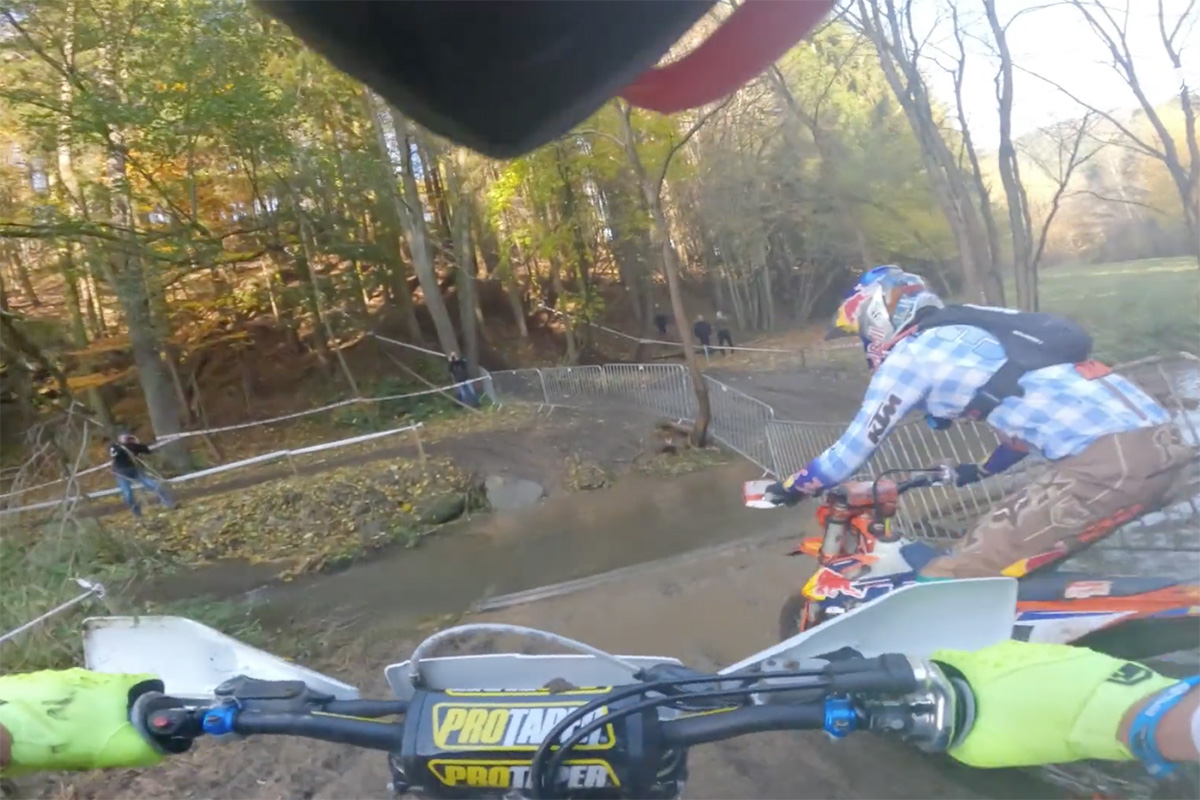 GetzenRodeo HEWC title fight onboard with Lettenbichler, Bolt and Roman

Top three finishers onboard videos from the 2021 GetzenRodeo final, the showdown race in the 2021 Hard Enduro World Championship – witness the title fight POV as it happened with Manuel Lettenbichler, Billy Bolt and Mario Roman.

The final round of the Hard Enduro World Championship unravelled according to the script in the morning race and in the opening laps of the Getzen Champ final with championship protagonists Bolt and Lettenbichler taking turns to lead.

But around the 10:45 mark it all starts to unravel for Billy with a string of simple mistakes which had a huge effect on the championship race. Lettenbichler lead from the front and Billy dropped down behind the likes of Wade Young, Mario Roman and Jonny Walker placing Mani as the champion elect and giving Billy a whole, new challenge to get back into second place…