Why A Man Needs To Ride A Dirt Bike

Must-see vid for every wife or girlfriend of a motorbike rider - why your man MUST ride his dirt bike!

A major problem for male motorbike riders is the conflict of two love affairs - we try to have a relationship with a woman, and a motorbike, at the same time. To any sensible woman, this sounds crazy. Why spend thousands of dollars every year to hurt yourself, then come home smelly, dirty, exhausted, and miserable because as usual you failed miserably in your ongoing battle with gravity on a motorbike. Wouldn't it be better it better just to stay at home with the wife and kids? Of course the answer is a resounding no!

Essentially a male is a biological mechanism similar to say a baboon or snail, only more likely to pick his nose and less likely to do housework. Our hormones are principally concerned with three main issues: sex, getting out of the house, and motorbike rides. This is why motorbike riding is more than just a hobby, it's a fundamental part of who we are as men... finding very expensive ways like dirt riding to get out of the house. 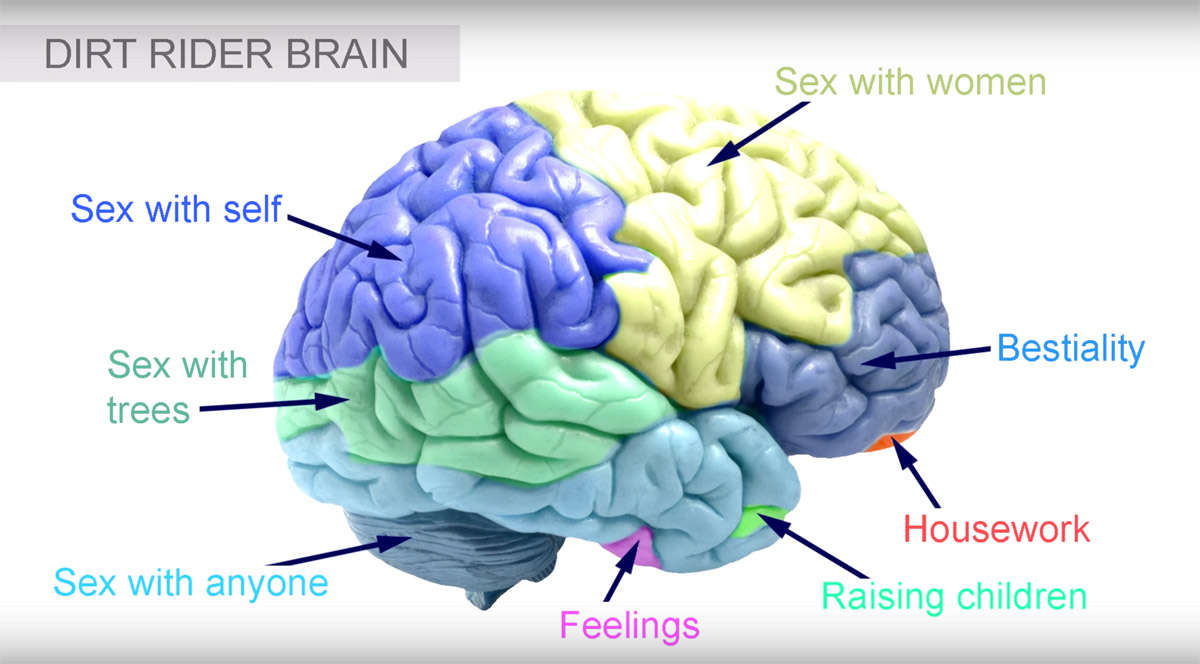 Unfortunately we often get sex and motorbike riding confused. For some reason blokes think that wheelies and log hops are the ultimate mating display... thinking that a kick arse wheelie on a motorbike is sure to attract fertile young women, or motivate the wife to try that kinky stuff from the kama sutra involving leather masks and gerbils.

The problem is by our tenth crash on a motorbike ride, the brain is getting fairly scrambled and we start to get sexually attracted to other riders, motorbikes, wildlife and nearby trees.

I don't want you to get the wrong impression, you probably think I'm saying the typical motorbike rider has about the same intellectual capacity as a dog... unfortunately we are way worse than that. 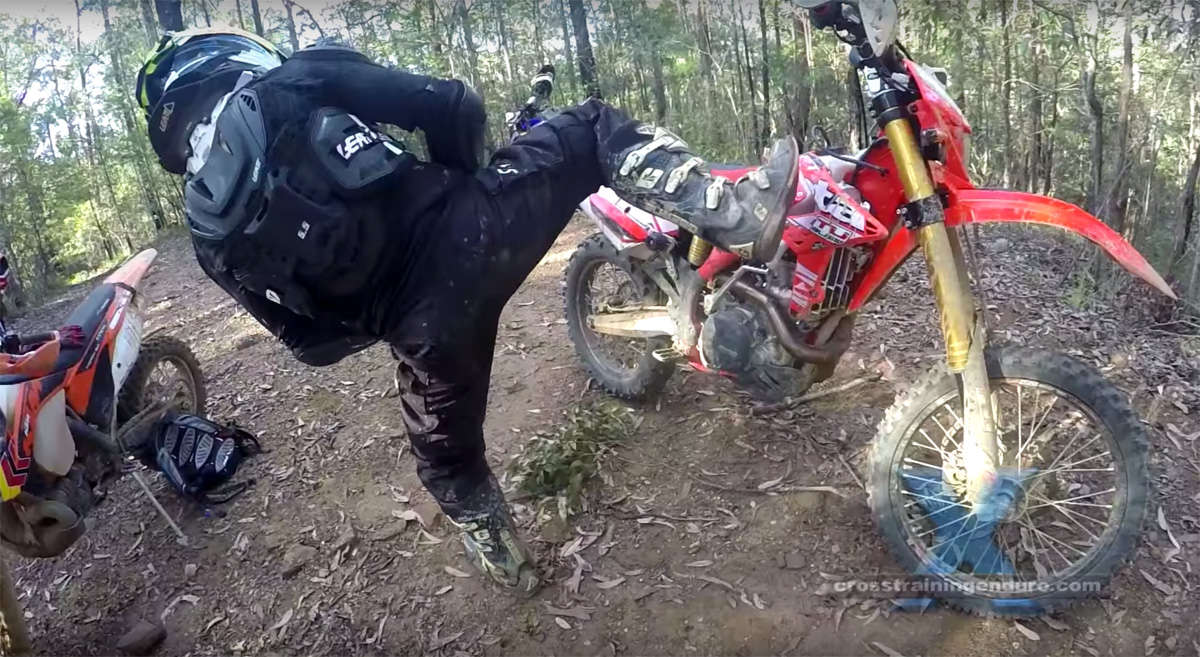 Men are similar to dogs in that we love pissing to mark our territory. Research indicates that at least 38.2% of our reason for motorbike riding is the ability to urinate on trees over a large area. There is a deep seated satisfaction to believing you rule over thousands of acres of new territory. This is why we ride motorbikes.

This is why males spend thousands of dollars to beat themselves to a bloody pulp each weekend on motorbike rides. It would be easier spend the money on a gold plated hammer and beat yourself all over your body each Sunday morning. Or sure, you could hire local thugs to beat you senseless every weekend in the comfort of your own home.

But you don't get to piss all over the countryside and establish yourself as the dominant male in your territory on motorbike rides. and of course you'll need to go back every weekend to maintain ownership of this territory. Sounds ridiculous? Of course it is, but we are dealing with males here. 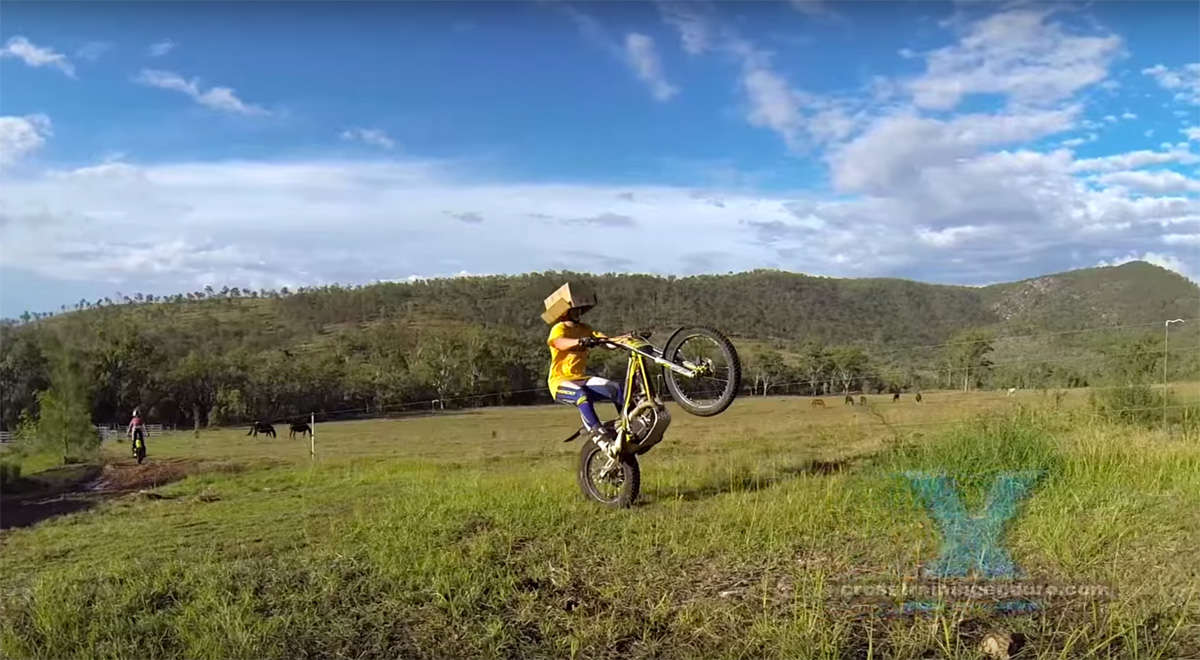 You have to understand that we men don't really think a lot... if at all. Most of our behaviour is genetically programmed at an instinctive level and governed by the biological imperative to reproduce - or what evolutionary biologists refer to technically as 'being a dickhead'.

To make matters worse, this programming of young boys often is often enhanced by older adult dickheads... commonly known as fathers. they will show their sons photos of motorbikes,some will even have motorbikes surgically placed within the womb to begin the indoctrination as soon as possible. And of course this is why we ride motorbikes as young boys.

The young bloke is shown how to wheelie in strollers and prams and subconsciously knows the only way to make daddy proud is a fractured limb before you reach 10 years of age. 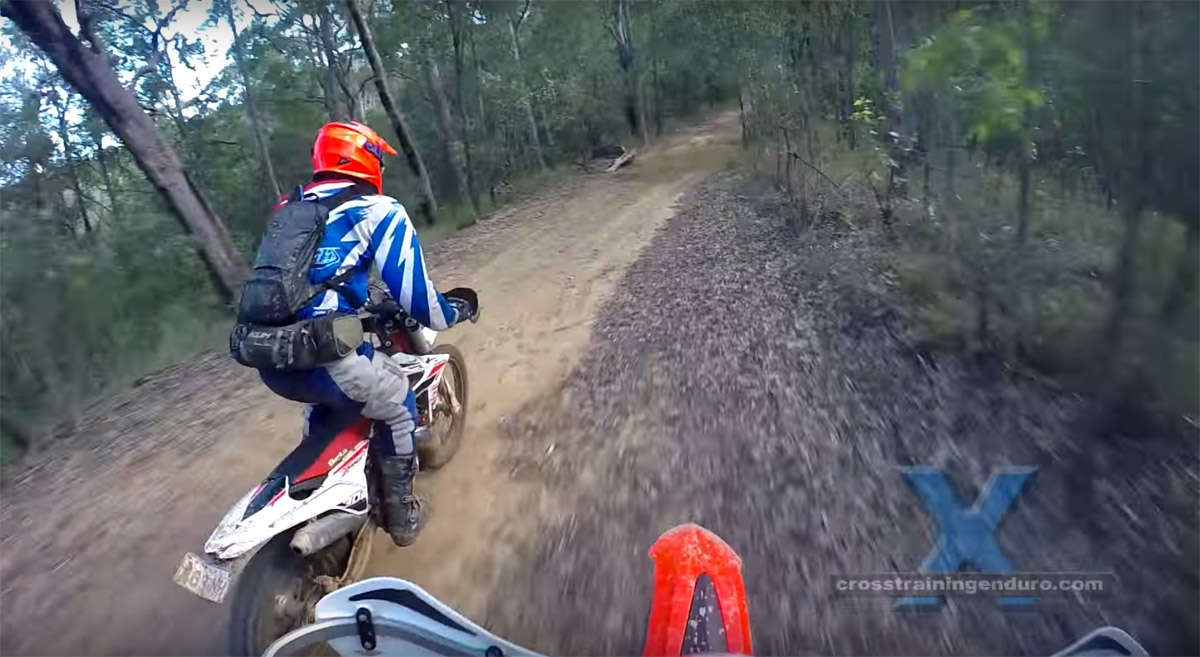 Now this may just sound like a sick addiction that fathers just brainwash into their sons, and you would be right of course. But it's part of being male. This shit worked really well when we had to hunt down woolly mammoths to feed the tribe, in this bland modern existence we need to invent new crazy ways to hurt ourselves - like motorbikes.