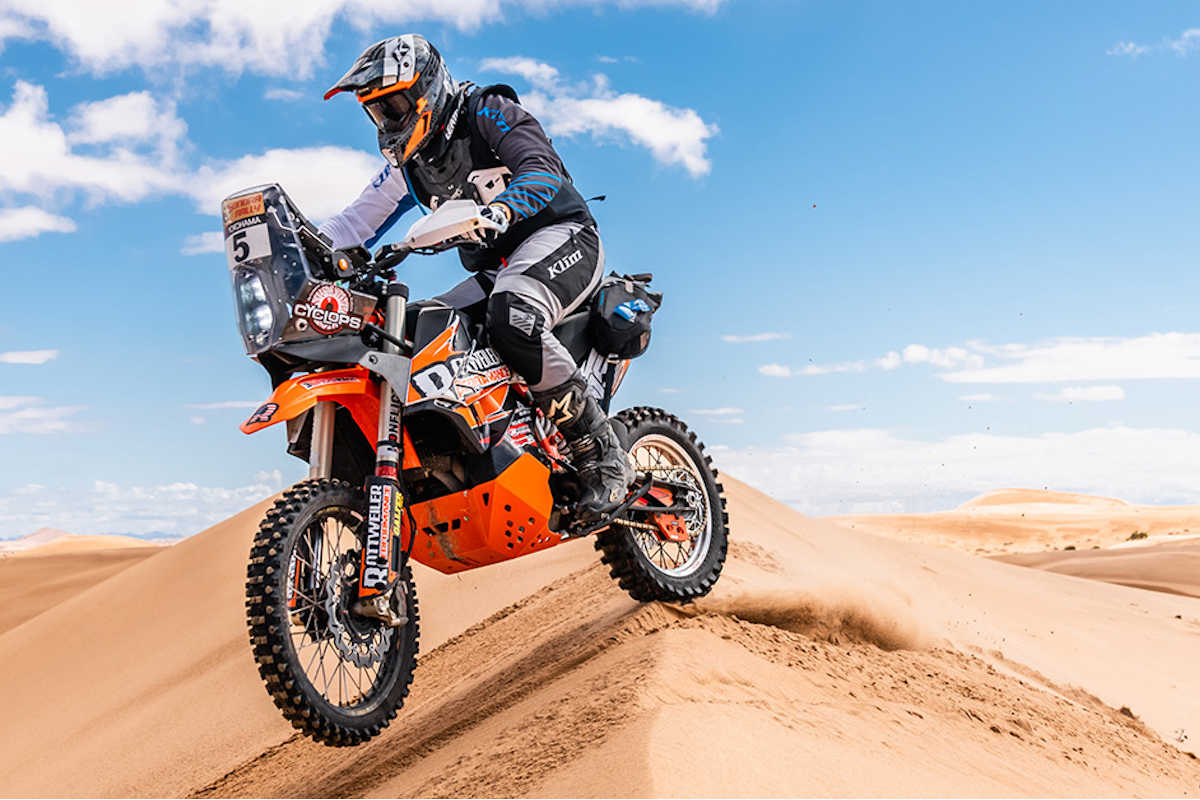 Chasing a desert rally podium on a KTM 790 R Adventure bike? We asked Wes Van Nieuwenhuise ‘what the hell?’ and to tell us the details about the bonkers bike he raced at the 2020 Sonora Rally.

Fourth place overall and nine seconds away from the podium in only your third rally event is a result most of us would be happy with. For Wes VanNieuwenhuise however that wasn’t the whole story – he pulled the impressive result at the 2020 Sonora Rally on a KTM 790 R Adventure bike.

“Beast”, “animal”, call VanNieuwenhuise’s 790 R what you want, there’s no doubt alongside the fully-prepped rally and desert-spec dirt bikes he was lined up with at Sonora, this was a different choice of machine to race across the Mexican desert.

We know the KTM Adventure bikes are handy off road in the right hands but it’s hard not to be impressed with Wes’s very real result of P4 behind Ricky Brabec, Skyler Howes and Bill Conger.

Wes, that was some result, presumably the Sonora wasn’t your first rodeo but what’s your background racing off road? 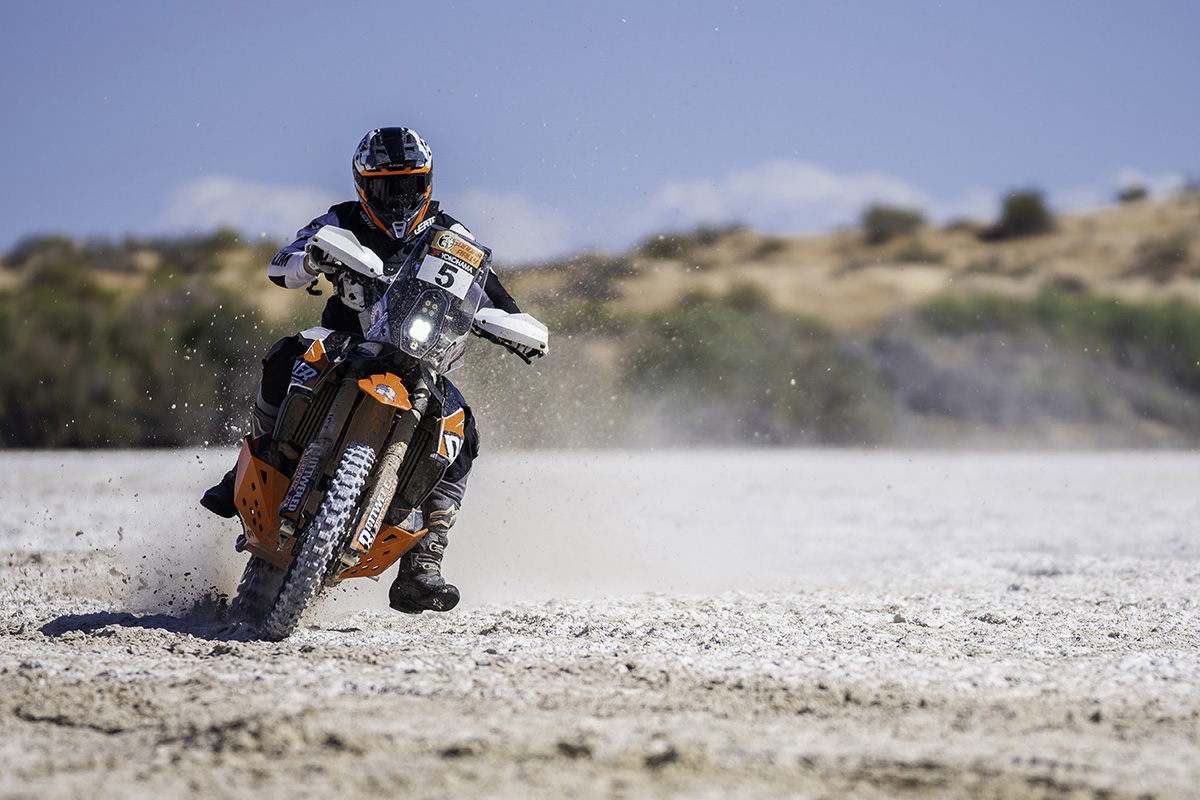 Wes VanNieuwenhuise: I grew up riding in the woods of the great Pacific Northwest of Washington state. I got into racing when I was younger, some motocross but mainly riding and racing in the woods.

I got introduced to adventure bikes about five years ago when my dad asked me to join his team at a 24hr dirt bike race riding adventure bikes. From then on, I’ve loved them and ride them more then my dirt bikes.

I’ve had the opportunity to race three rally events. First one was the Baja Rally in 2018 on my KTM 950 SuperEnduro and won the Adv class. The second was the Sonora rally in 2019 on my Husqvarna FX450 but I crashed on the third stage and had to withdraw.

Then my third rally was the Sonora 2020 on a KTM 790R, which was amazing and I ended up getting fourth overall and just nine seconds from third on the podium.

Did you expect to do so well?

Coming into the rally I wanted to finish and be in the top 10. As the week went on and we got some of the bugs fixed, we started getting the top five daily results which I was stoked about and my goal shifted to getting a top five finish.

Then coming into the last stage I had a real shot of getting a top three but I knew that meant having a pretty much perfect day.

It came down to the difference of nine seconds between me and third place but I couldn’t be happier about the week and how big of an accomplishment it was to do so well on that bike.

Tell us about the bike build – was it all your own work or who helped?

Rottweiler Performance built the bike and did an incredible job. They specialize in high performance parts and accessories and really know their KTMs. We also teamed up with Konflict Suspension and Cyclops Motorsports to finish the bike set-up.

Konflict Suspension set the 790 R up with WP Pro Component forks and rear shock and stretched the fork travel to 270mm.

The bike handled all the different terrain during the week with ease and without this suspension set-up it wouldn’t have been possible to get the results we did.

Whose idea was it to race the KTM 790 Adventure in the Rally and what inspired you to do it?

The idea was a group effort. I wanted to get more experience mainly because I won the KTM Ultimate Qualifier, which got me a free trip to race for KTM at the Merzouga Rally on a 790R.

So Rottweiler Performance, Konflict Motorsports, Cyclops Motorsports and myself put this all together and made it happen. The four of us love racing and riding adventure bikes and love pushing these bikes and showing what they are capable of, so it was a no-brainer when they added an adventure class this year at Sonora.

Did you know the event well and so knew it would be ok on an adventure bike?

I raced it last year so I had some idea of what to expect, but knew it wasn’t going to be an easy task to make it to the finish every day for five days straight.

It consists mainly three days in the rocky desert and two days that are mainly sand. The dunes that we raced through are the biggest sand dunes in North America. They are so tall and steep that when you look at them, you’re not sure how you will make it to the top! These dunes were my main concern with racing the 790 in the rally. We couldn’t have got luckier with the conditions, a big rainstorm came in the day before and soaked the dunes making them harder packed and that helped a massive amount with traction. I was able to go up the biggest and steepest dune without any issues even pulling a wheelie up them. It was the most fun I’ve ever had in the sand. 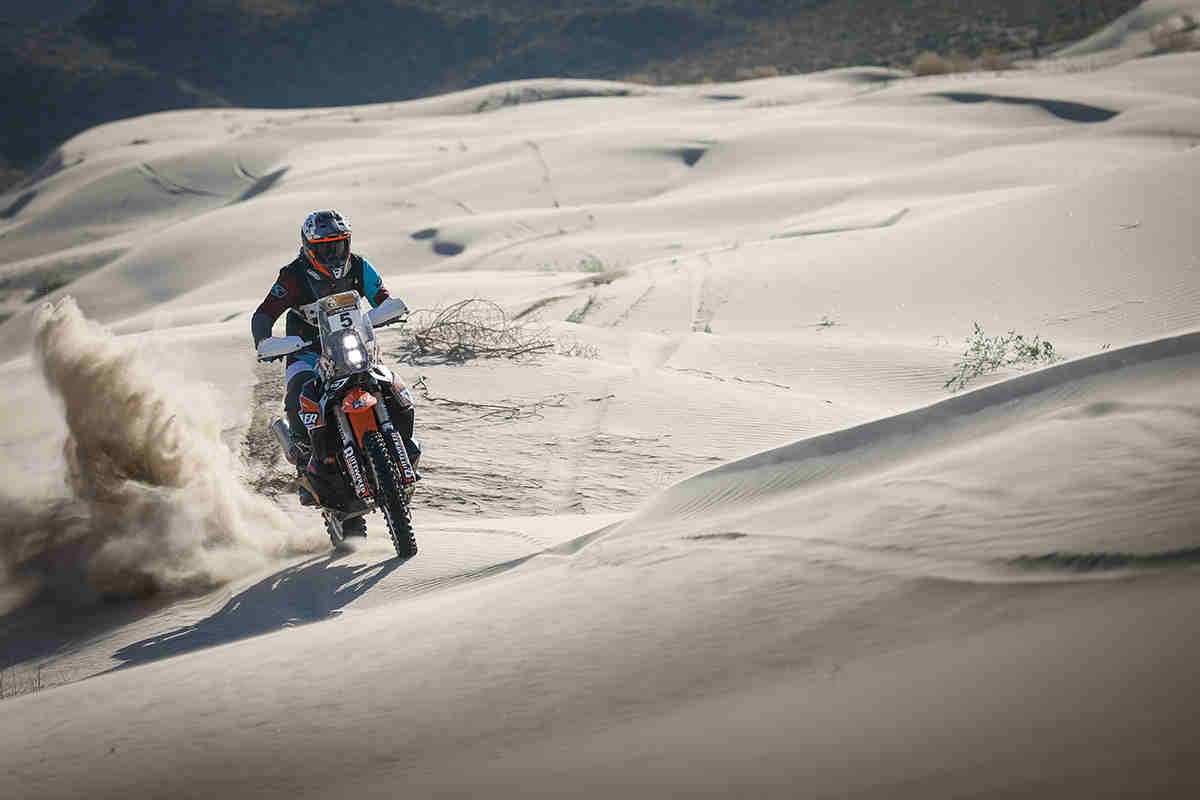 The thing with racing these adventure bikes is the added weight which causes it to need longer distances to slow down, which can make things interesting sometimes!

The bike set-up and tires play a big role in getting a good finish. Whoops and big g-outs are another factor in racing big bikes, it just makes you slow down. The bike has great acceleration and the power made those long straights – getting up to 185km was awesome. Climbing those massive Sonoran dunes was easy with all that extra power from the 790.

It must have been fun, at least you make it look fun in some of the social media clips, would you do it again or attempt a different rally on it?

We have more races planned for this awesome bike finishing up the best in the desert series possibly the Baja Rally and the Sonora rally again next year where look to improve even more! 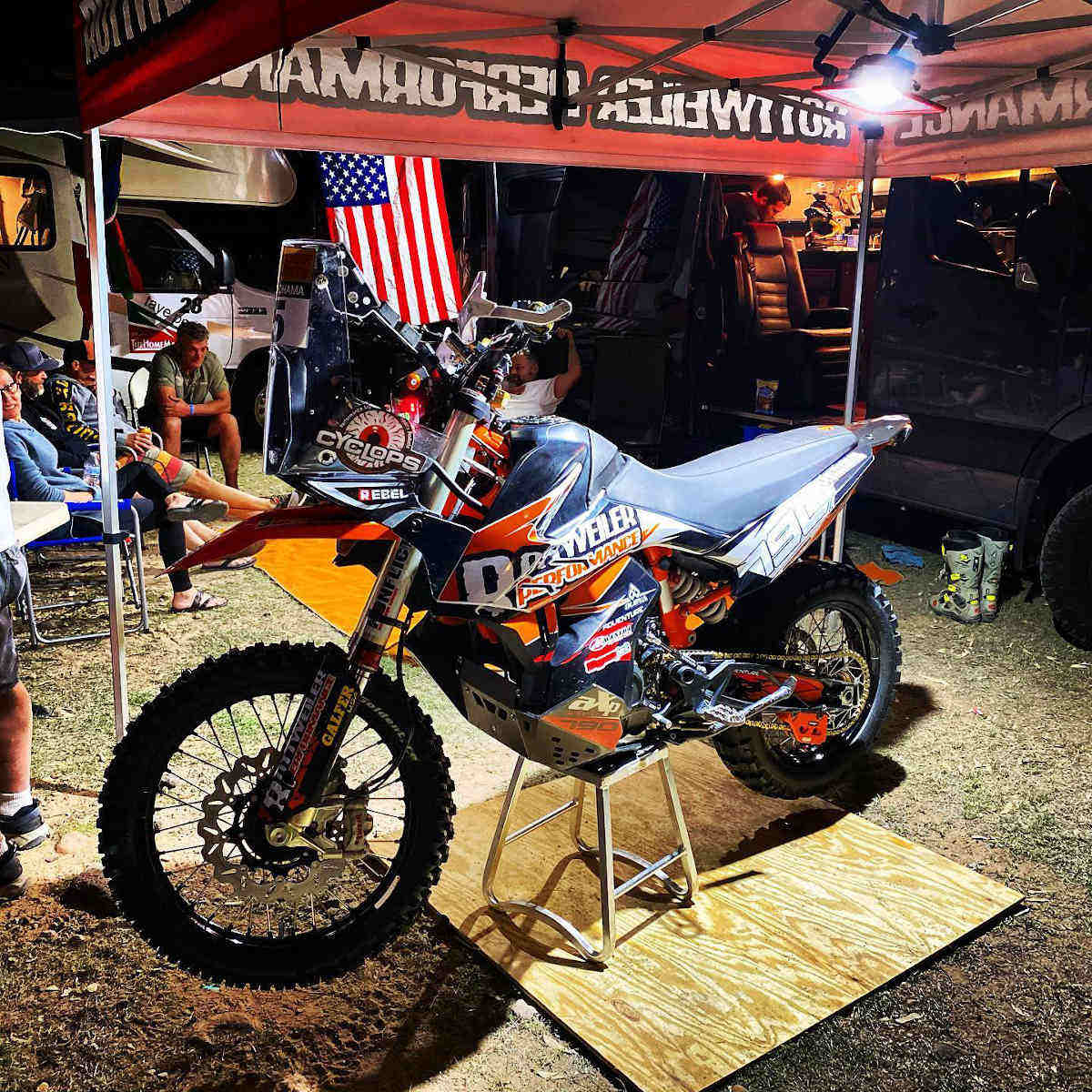