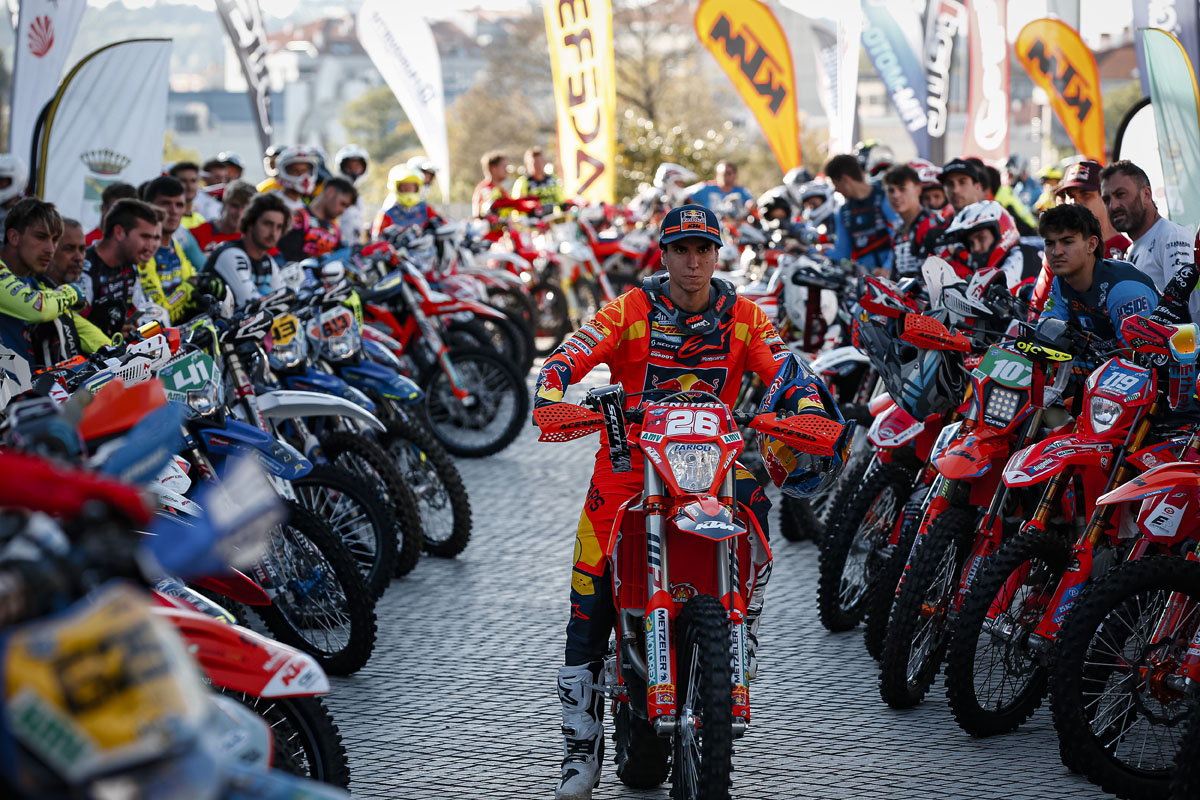 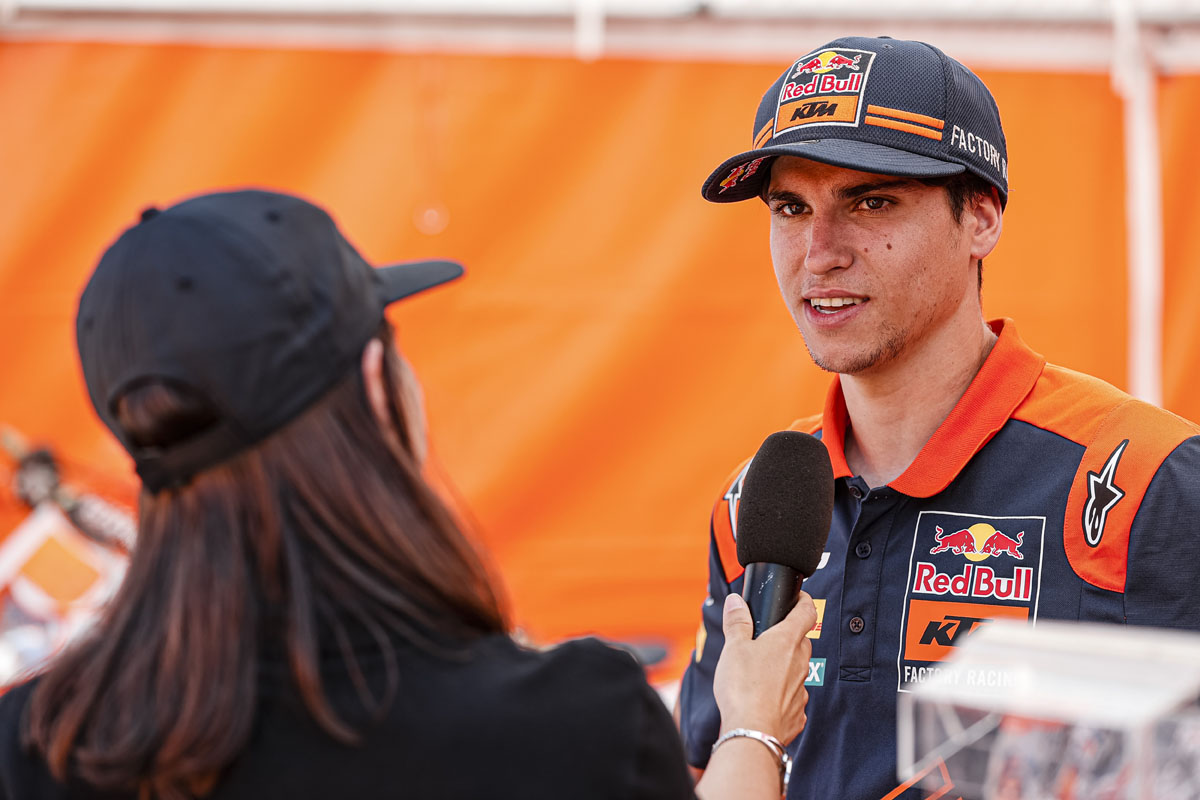 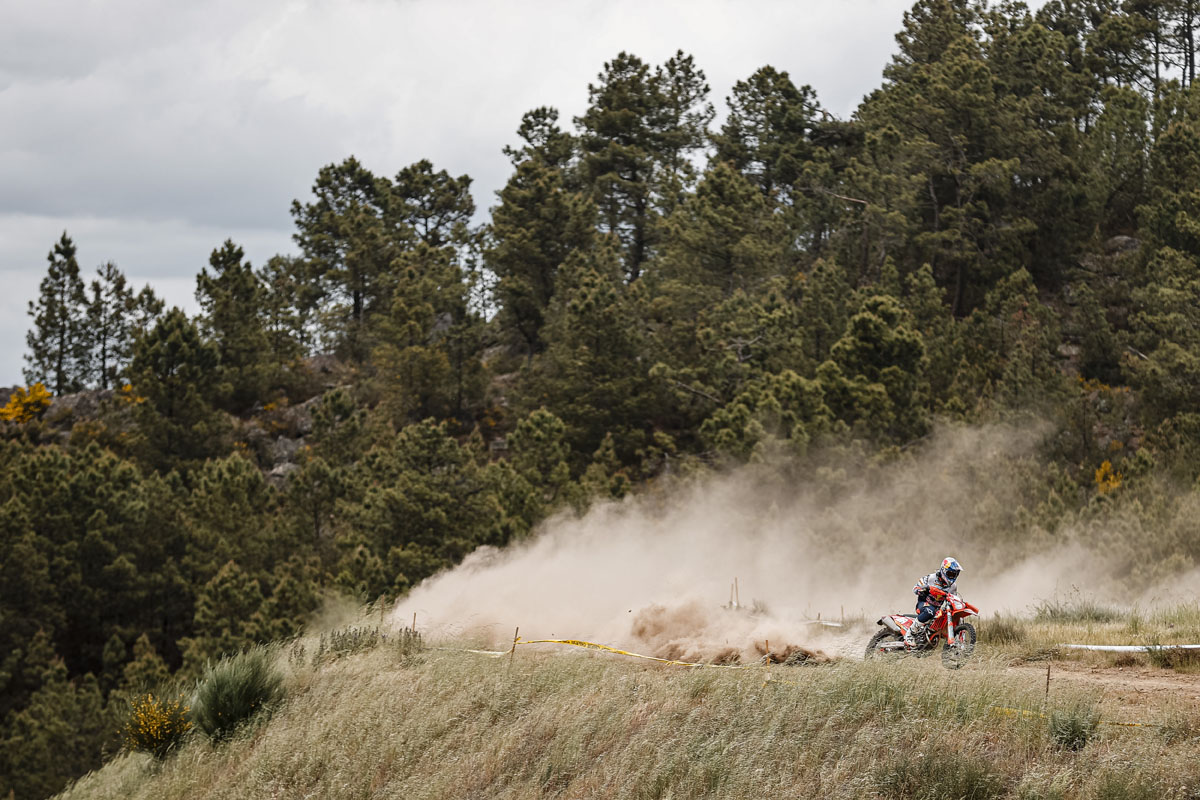 Despite the “moral blow” of a second broken of the 2022 season thumb forcing him to miss round four of the 2022 EnduroGP World Championship, Josep Garcia says “until the last day we won’t give anything up as lost.”

Enduro21 interrupts Josep Garcia while he packs his bags for Slovakia and the fifth round of the EnduroGP World Championship next weekend, July 29 to 31.

After missing the Portuguese GP II due to his second thumb injury of the season already (the same thumb), Josep confesses it will not be an easy task to recover the lost ground in the E2 and scratch points standings given the level of competition this year.

An (almost) perfect season until the fall of Italy…

Josep Garcia: “This year was a great season despite the injury I suffered at the GNCC in the United States. Not only because of the results, but because of how I felt on the bike. With very clean races, hardly any crashes or big mistakes.

“Physically I was super strong and the injury was a very hard take because the day before we had become leaders in EnduroGP and Enduro2. But hey...that’s sport and, as far as it goes, we’re still there to fight and until the last day we won’t give anything up for lost. We know it is difficult, but I will give 100% in these last three remaining races.”

A hard blow at the emotional level...

“It has been a moral blow. It was a pretty ugly fall. Actually, at the level of significant physical damage, I only broke my thumb, but I had to undergo surgery and they put a plate and seven screws.

“Luckily I am already very recovered and this week I have already started to do with the small road bike and yesterday the enduro bike.”

It’s only been three weeks since the operation under the experienced hands of Dr. Mir and his team but Josep says progress has been solid, despite significant bruiing across his body following htr ehigh-speed get-off at the Italian GP.

“I suffered bruises on my back and coccyx, as well as a cut on my buttock that needed two stitches and in which liquid later formed and they had to remove it with a syringe.

“I also had some very deep abrasions on his arm and all that has made it a difficult month. However, these challenges motivate me even more and make me want to return. And to do it with more force, if possible.”

The approach for the remainder of the season remains the same as it ever was for Garcia.

“You always look at how the championship is going and where you are, although without going crazy thinking about the points. But I run race by race and that is what I will do from now on, go day by day and go out and enjoy it.

“We know it will be difficult, but I want to give my best and, as I have always said, anything can happen in races until the end. I will see how I feel physically and where I am.

“We are going to see how everything goes, but when I go to a race it is to fight to be on the highest step of the podium. You have to be realistic, but I am a person who fights to win every day that I get on the bike.”

“The Six Days in France will be my seventh ISDE…time flies, right? I really looking forward to it. France is a country where I really like the races and the special tests.”

“Last year, in Italy, the ISDE was incredible with the national team. So this year we will give it our all again and fight for the highest position on the podium. The ultimate goal, both individually and as a team, is always the same: go out and win.”

Three GPs and six days of racing to turn it around

“We have three weekends and six very important race days left. In Italy on Sunday, we were fighting for victory. But what happened, happened and nothing can be done. You have to look forward. I am where I am and I know it will not be easy to come back.

“Andrea [Verona] is being the most consistent rider, Rupretch is there and Watson has also taken a step forward. So it’s clear that both in the EnduroGP and E2 things are complicated because nobody gives an inch and I have three days of racing less.

“However, I want to go race by race like I did until now and give 100%. Then anything can happen. This is enduro and this is racing…you can’t throw in the towel until the end. It’s complicated but not impossible.”