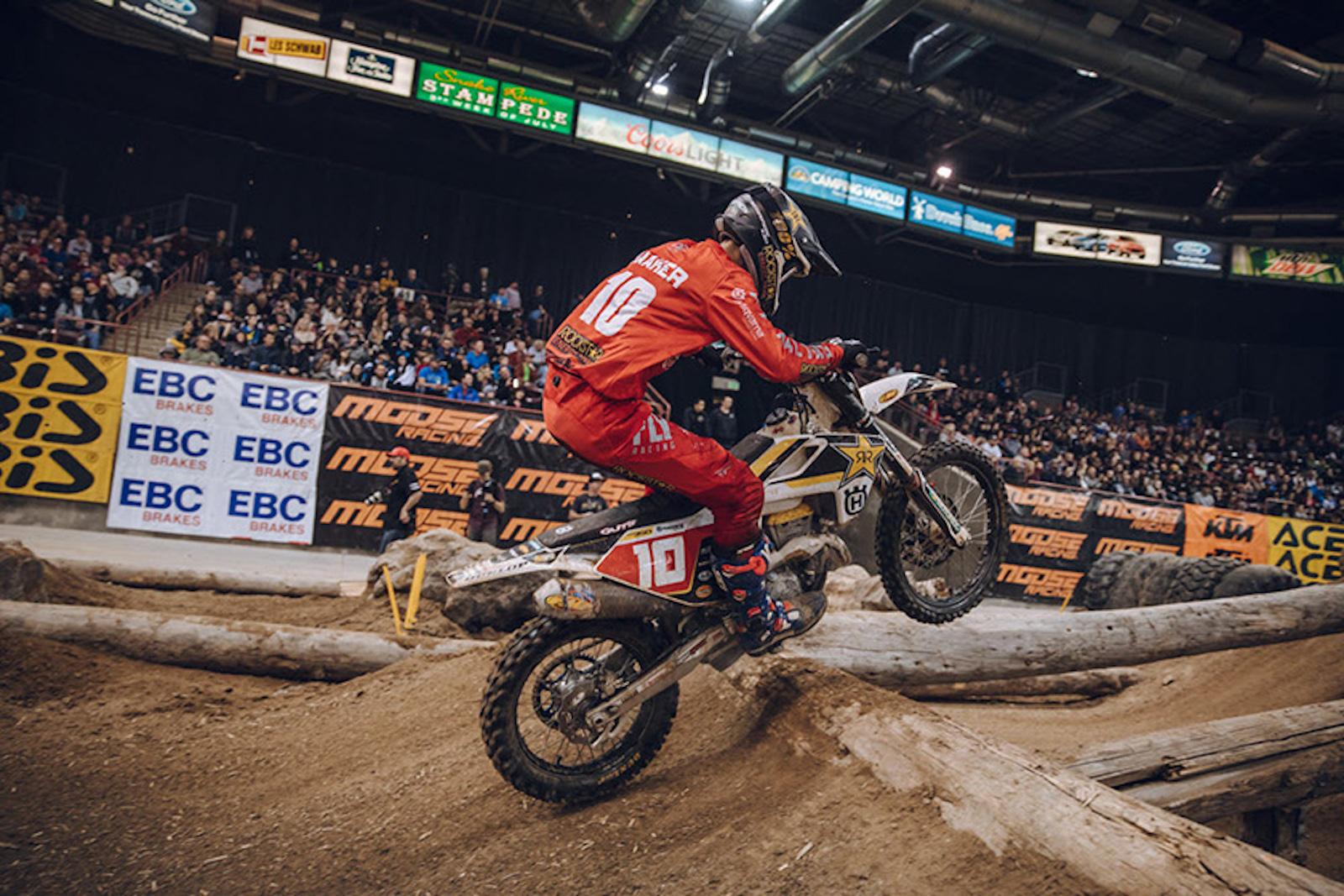 WHR Motorsports, who bought the rights for Endurocross from Bonnier Corporation back in December 2018, have taken the decision to inform the American Motorcyclists Association (AMA) that the 2019 EnduroCross series will not now take place.

Due to what is understood to be a lack of sponsorship and funding to run the seven-round series, it has been canned for 2019 before even the first event could take place.

Bonnier Motorcycle Group took ownership of EnduroCross from TEN in 2017, running a pretty short tenure until WHR took it over ahead of this season.

The complication seems to have arisen between the two promotors who are tied in contracts. “I am sorry to say that the acquisition of EnduroCross is not possible at this time with several problems with Bonnier’s agreement.” Explained WHR’s Lee Collins.

Collins sites “breaches in my contract with Bonnier” the cause after spending “a lot of money and time to make sure we could put a great platform to grow EX for the future.”

WHR Motorsport notably runs Arenacross and Monster Truck events and had plans to: “continue to create challenging tracks for the riders and produce action packed events to which EnduroCross fans have grown accustom to.”

Collins concludes: “We at WHR Motorsports are very disappointed in the end result of this acquisition of EnduroCross from Bonnier Corporation.”

This is an issue to do with the series promotor(s) not the AMA it seems. In a statement the AMA said: “The extreme off-road racing discipline is very important to the AMA as an organization and to many of our members,” said Kevin Crowther, AMA Director of Racing.

“We will continue to work towards securing a promotional partner that meets the requirements for operating an AMA extreme off-road national championship series.”

That new extreme outdoor series is, of course, great news for US hard and extreme enduro fans and riders. It is something we know Cody Webb, among many others, is working to help promote and secure for the growing discipline in the United States.

As for EnduroCross, we will have to wait to see what 2020 brings. The AMA seems set on making sure this isn’t the death of the indoor championship but for 2019 at least, all the riders and teams already well into their prep for the series, will have to change plans.