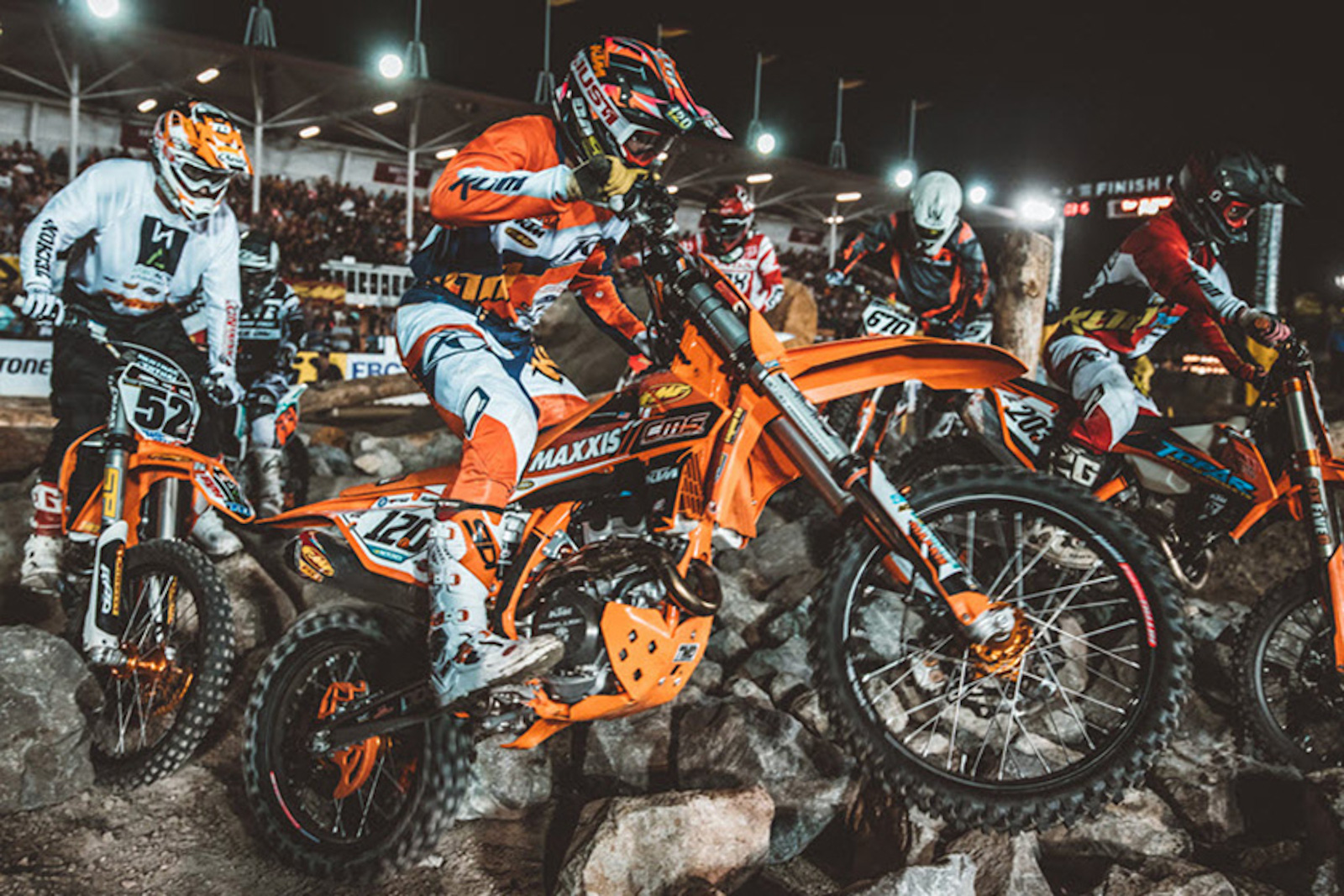 Eric Peronnard and Tod Hammock raise the 2019 EnduroCross series from dead and announce three Indoor Extreme Off Road Series for August and October.

Just four days after we got the news that EnduroCross promotor WHR Motorsports had cancelled the scheduled 2019 series, the future of the series looks brighter with Eric Peronnard and Tom Hammock announcing they intend to run a three-race series.

Although that is not clear at this stage under what name the series will run, due to rights and ownership issues, the preparation to run a three race series for 2019 is already on.

Eric Peronnard, the creator of the original EnduroCross series back in 2004, and Tod Hammock, Kicker Arenacross event promoter since 1995, have put a team to ensure that the indoors racing scene stays alive in the USA.

Renowned and experienced track builders Shane Schaeffer and Mike Hathaway, plus Sean Finley on the marketing side have already joined the team.

Together they are confident in running a shorter series for 2019 and getting in conversations with the American Motorcyclist Association to give EnduroCross a future.

Any further details for the 2019 series and the plans for an expansion to a full length championship in 2020 will be released by the end of June.