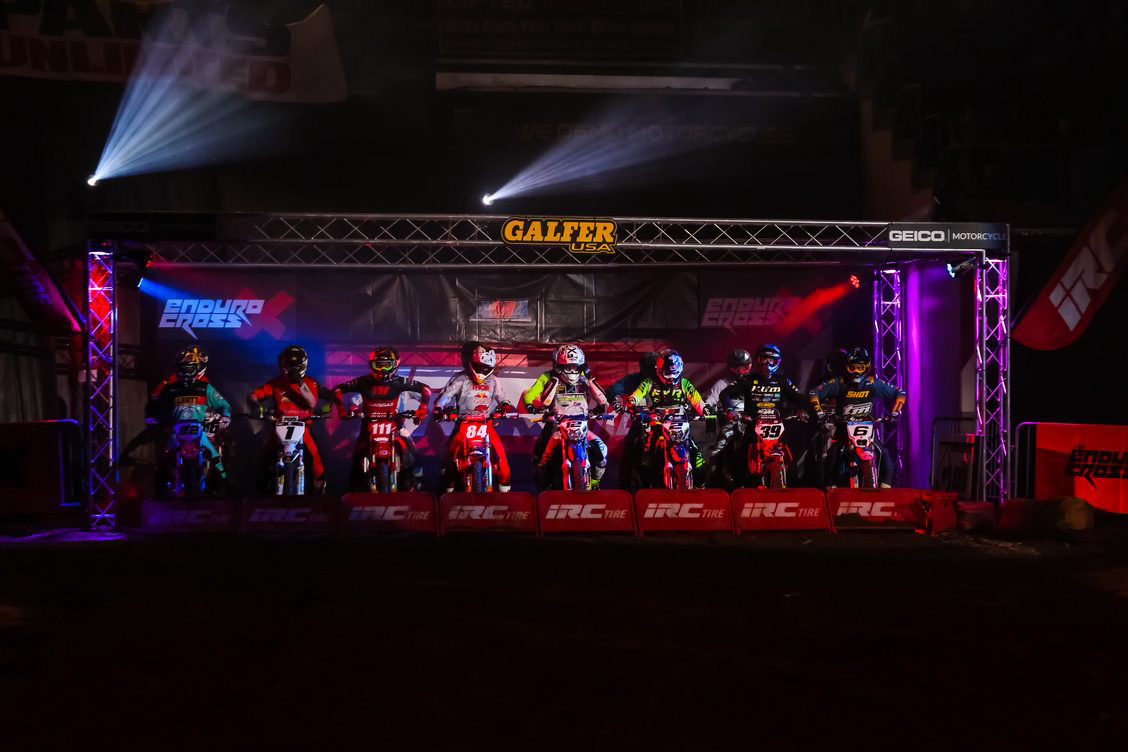 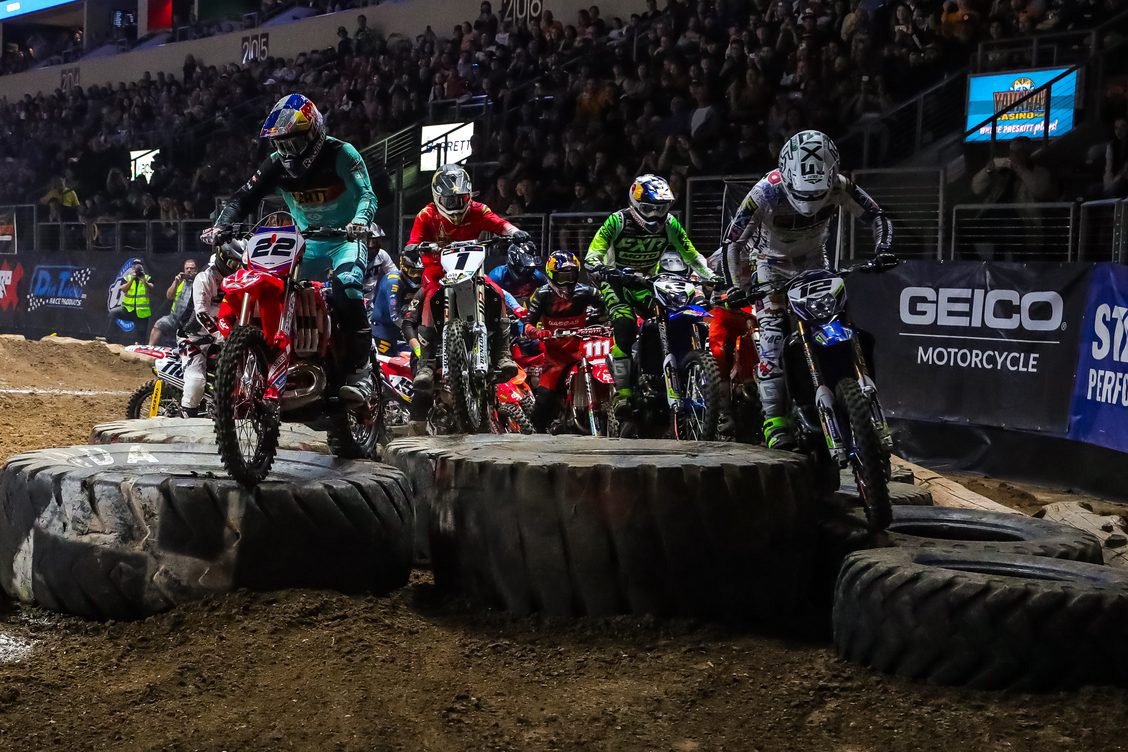 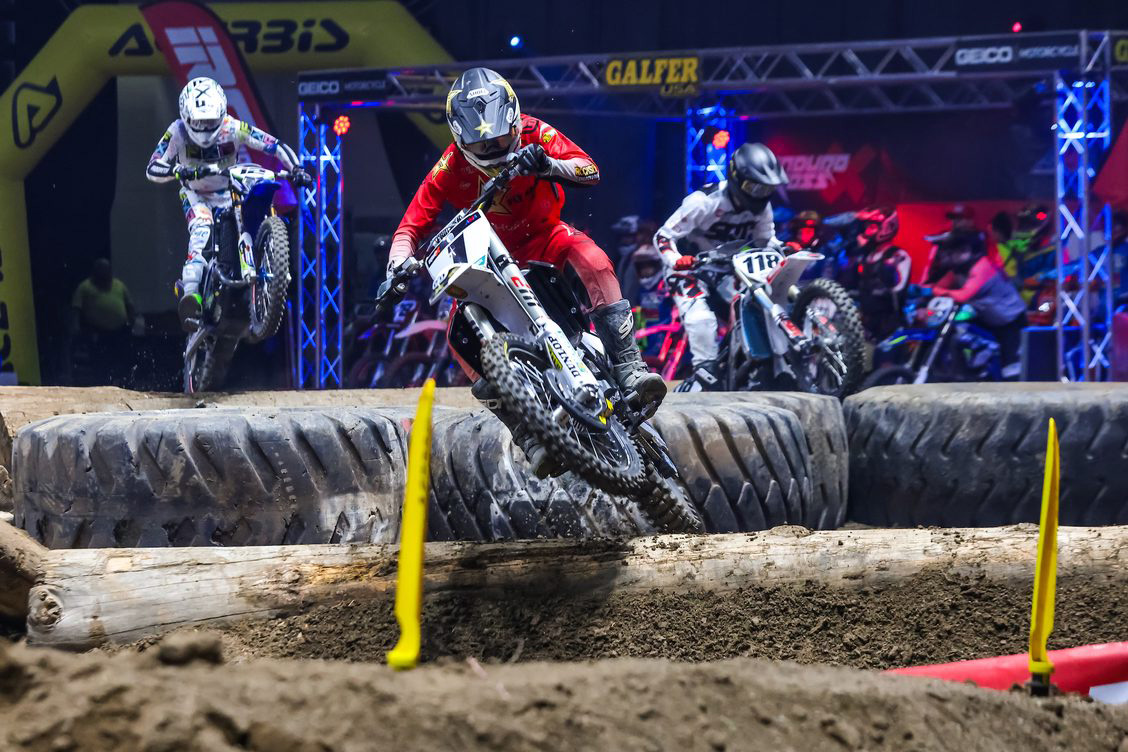 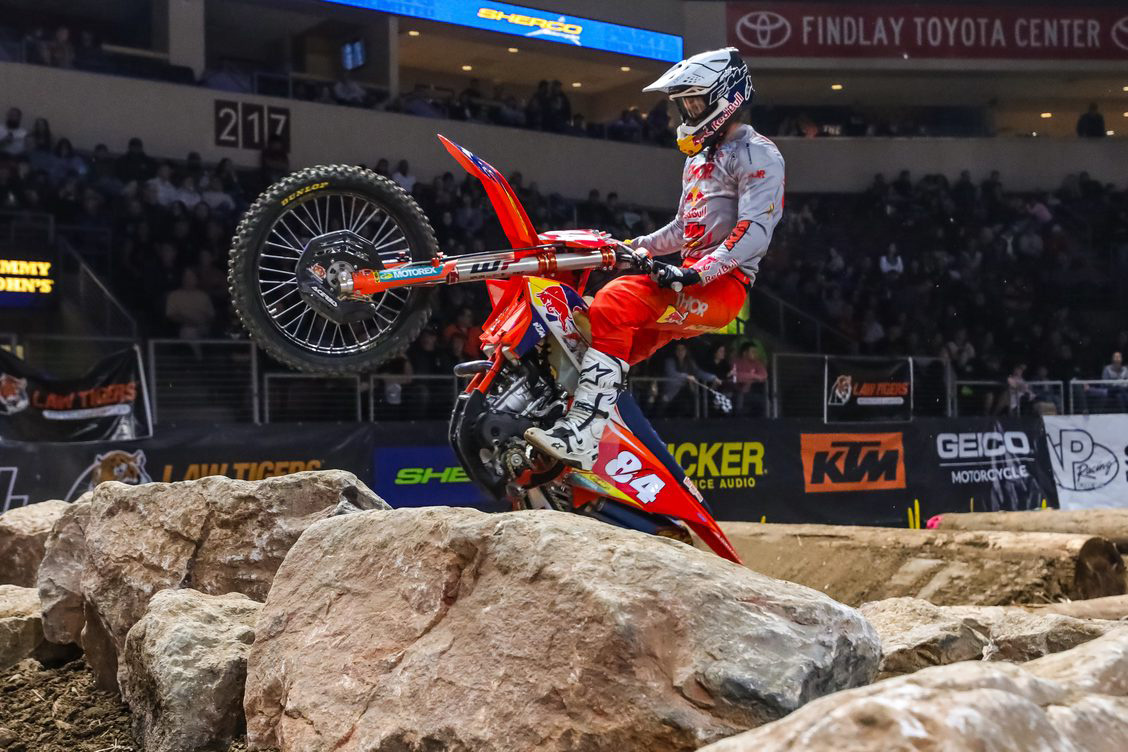 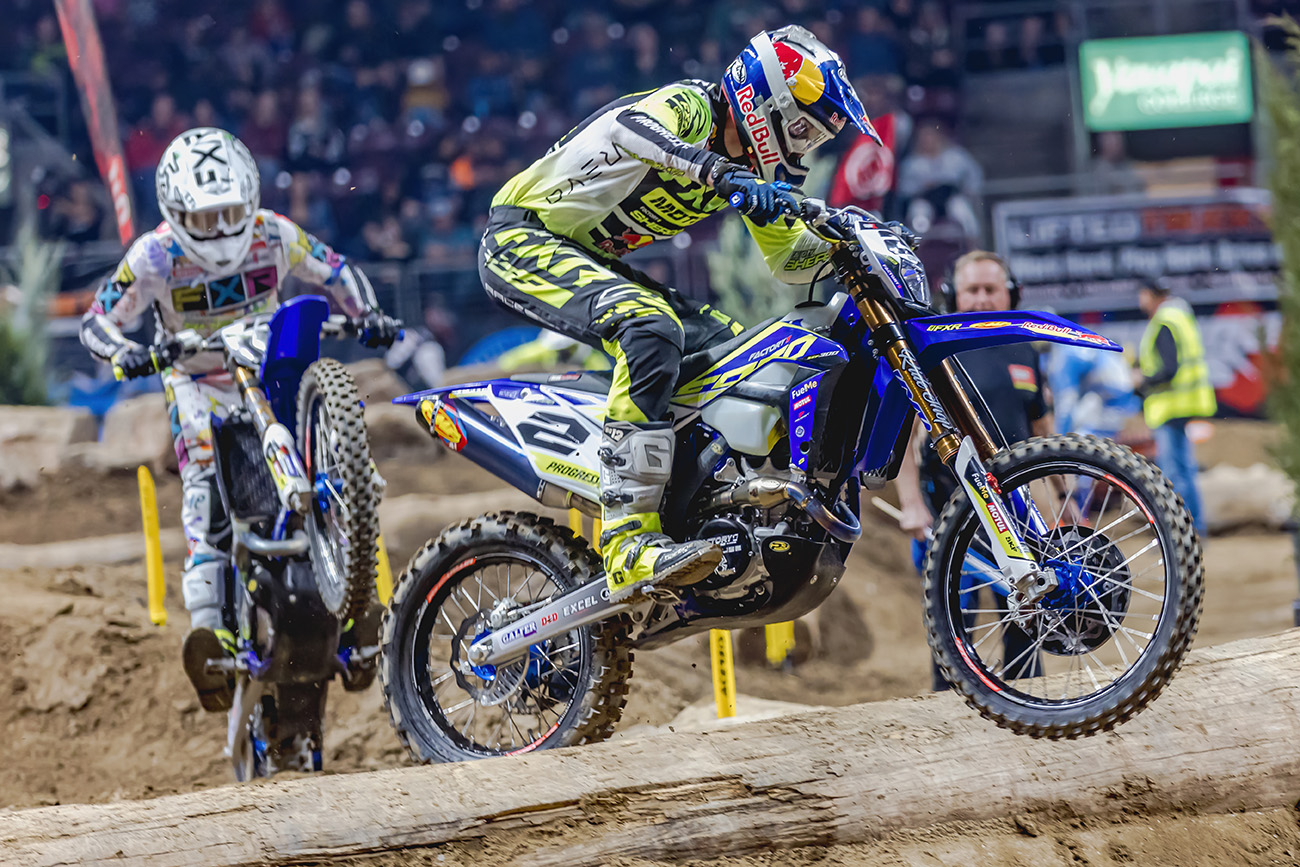 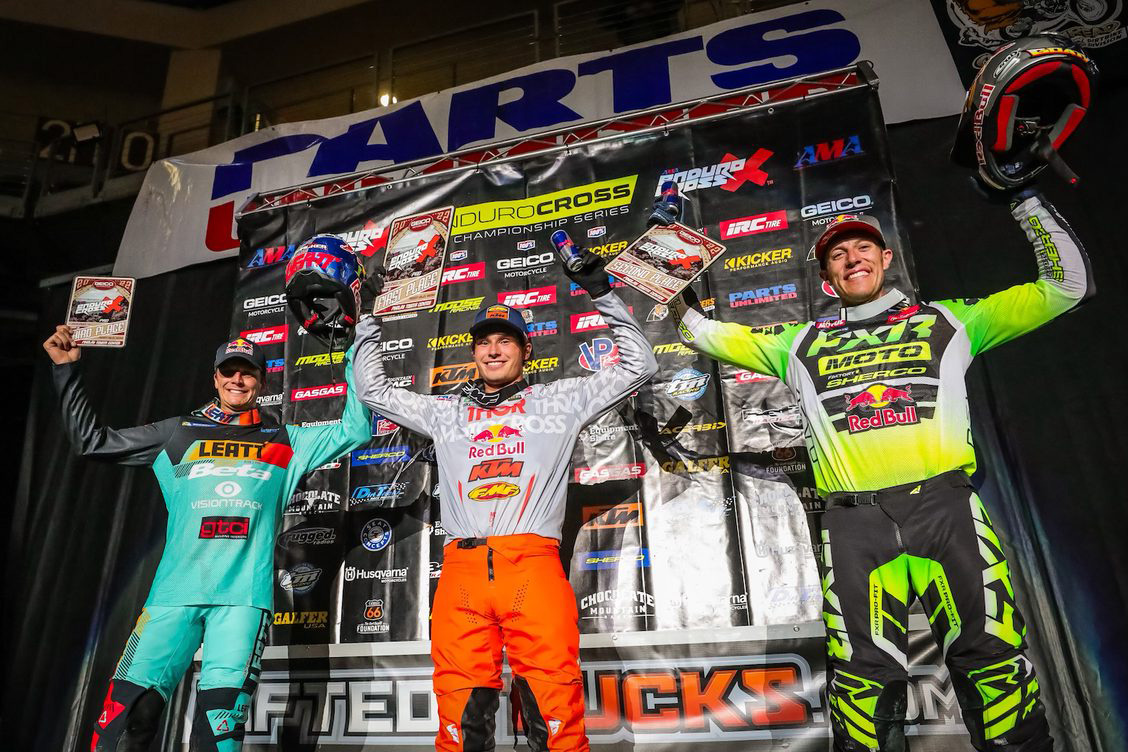 AMA EnduroCross: Round 4 win for Trystan Hart on chaotic night in Prescott

Results from round four of the 2022 GEICO AMA EnduroCross Championship in Prescott Valley, Arizona where Trystan Hart put the KTM on top of the box once again ahead of Cody Webb and Jonny Walker.

For the second round in a row, Trystan Hart took the overall win in another round of action-packed races where no two riders took an easy route to the podium.

The Red Bull KTM rider scored 3-4-1 across the three motos to place him ahead of FactoryOne Sherco rider, Cody Webb second overall with 2-6-2 moto finishes with Jonny Walker clocking 4-1-7 finishes with that last moto proving decisive for many of the Pro riders’ results.

Jonny Walker looked like he was enjoying the Prescott track and proved the point with the fastest hot-lap time to set the starting order for the first of three motos with a time of 37.285, a full second faster than Rockstar Husqvarna’s Colton Haaker with a time of 38.225. FactoryOne Sherco’s Cooper Abbott had the third fastest hot lap with a 38.711 ahead of teammate Webb at 39.201.

GASGAS Factory rider Taddy Blazusiak rounded out the top five fastest hot-lap times with a time of 39.342. Hart, the overall winner for the night, finished in sixth with a time of 40.079 in what would be a slow start to the race day.

Walker started off moto one strong with the Moose Holeshot and an early lead, ahead of Abbott and Haaker. Abbott was right on Walker’s heels for the first few laps, and made the pass for the lead in the fourth lap with Haaker behind him moving into second.

Haaker, the defending series champion, passed Abbott in the fifth lap for the lead and went on to take the moto one win with Cody Webb coming through the pack to finish second ahead of Hart in third. Walker and Abbott rounded out the top five. 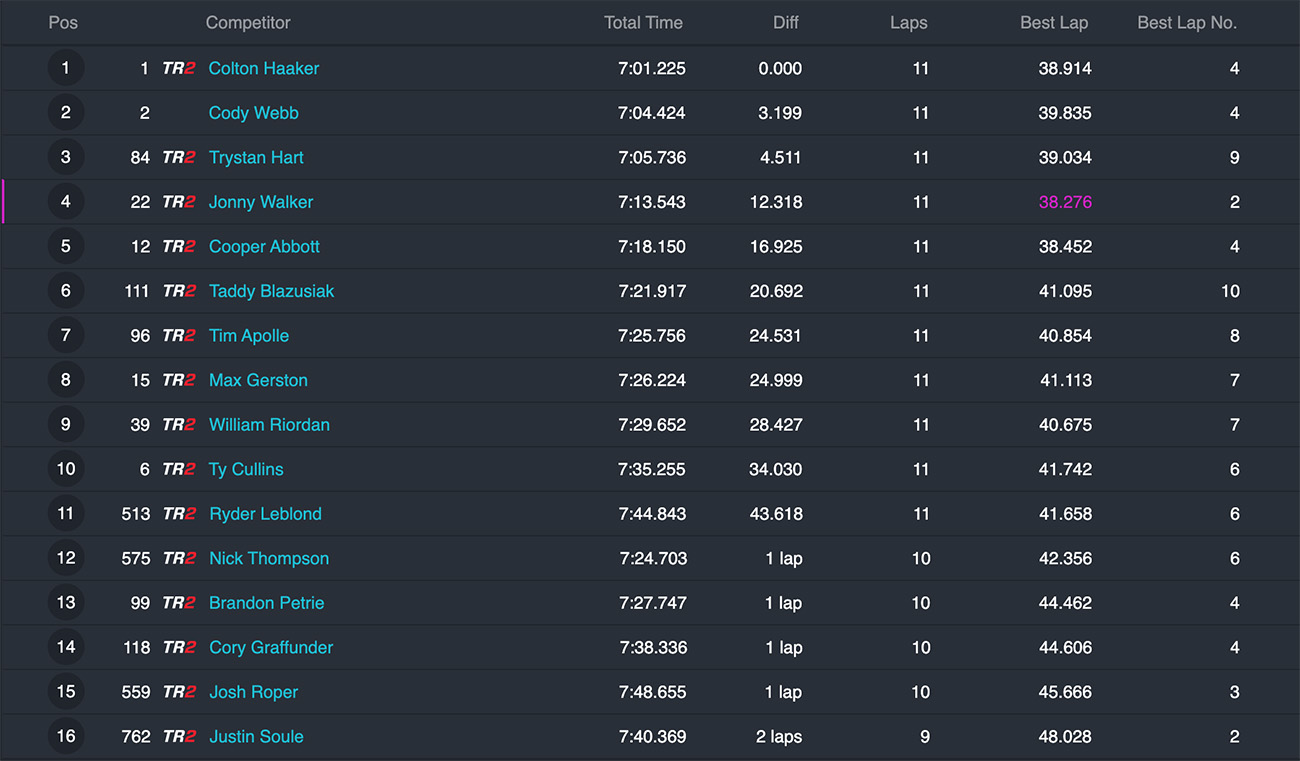 The second moto inverts the 16 riders’ finish positions from race one for gate picks, so the top eight riders start on the second row. Veteran racer, Justin Soule, took advantage of the front row start with the holeshot, narrowly ahead of Josh Roper and Cory Graffunder. Graffunder would take the lead for the early part of the first lap, but Blazusiak would make quick work of things and take over the lead by the end of the first lap.

Walker passed Graffunder for second by lap three, followed by Haaker. Hart was also moving up the ranks and was into fourth place by the fourth lap.

Walker was pressing on Blazusiak for the next few laps, looking for his opportunity to pass for the lead and finally took it on the seventh lap by making quick work of the matrix and passing Blazusiak in the tyre section.

Once again Haaker followed suit and passed Blazusiak and the trio remained in that order to the chequered flag with Hart in fourth and Abbott in fifth. 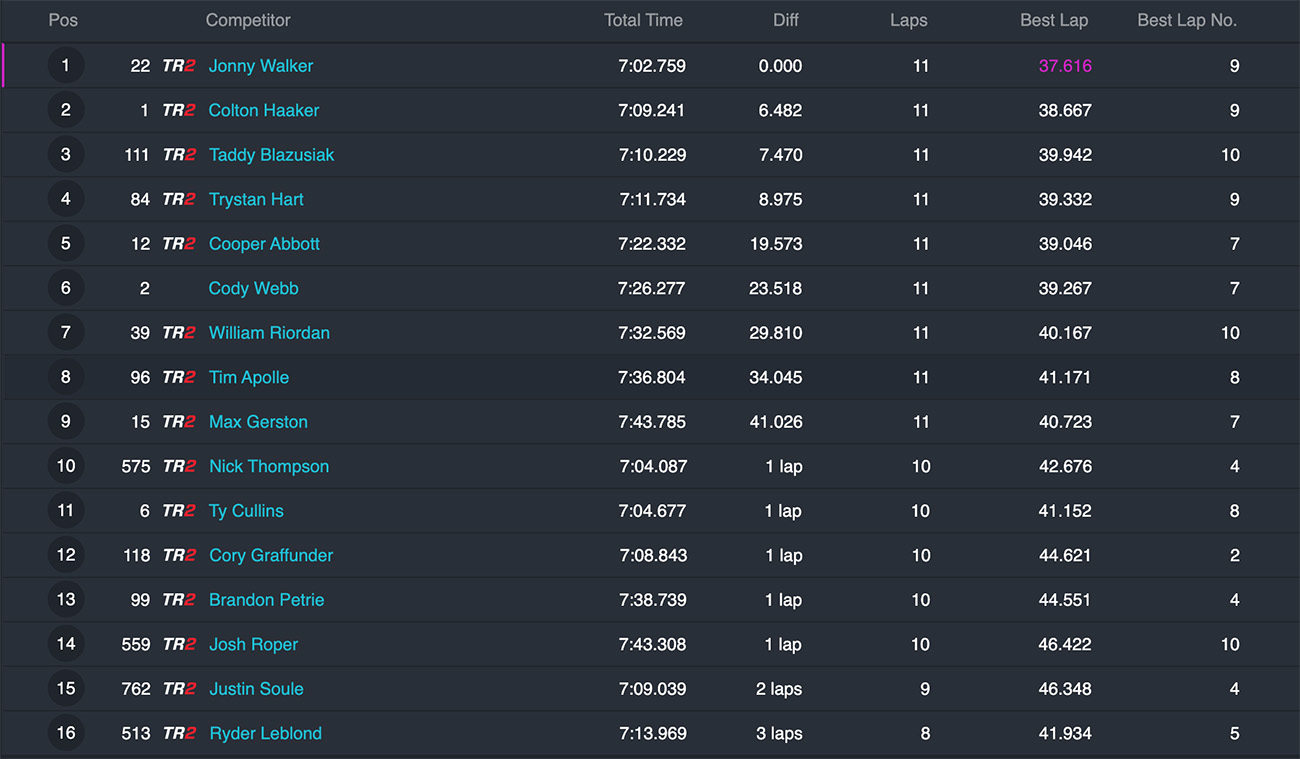 In the final most dramatic moto of the night, the race started with a crash which shook up the running order and ultimately paved the way for Hart to secure the overall win.

At the first turn, over the tyre section, Hart would narrowly escape a multi-rider pile-up involving Walker, Haaker and Blazusiak, putting them all to the back of the pack.

Haaker and Walker, both just needing top five finishes to win the overall, were not in a good place meanwhile Hart took an early lead al the way to the finish line and win the third moto ahead of Webb in second and Abbott in third.

Walker would make his way up to seventh place by the end of the race but Haaker was on a mission and took it all the way up to challenging Cooper Abbott but a mistake within sight of the flag saw Colton go over the bars, lose four places and ultimately finish in ninth and off the overall podium. 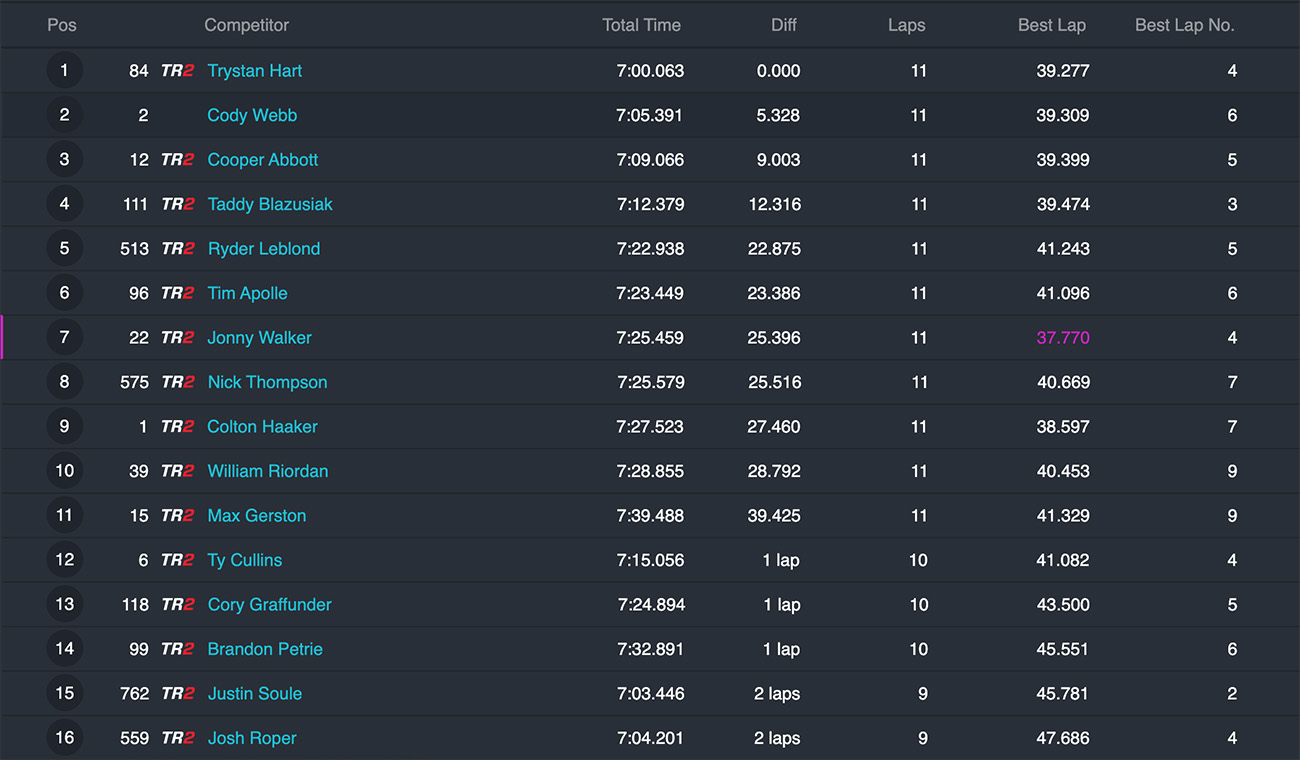 After the fourth round, Hart stands alone at the top in the series standings with 97 points. Blazusiak and Walker are tied for second with 82 points just ahead of Webb in fourth with 80 points and defending champ Haaker a distant fifth with 65 points. 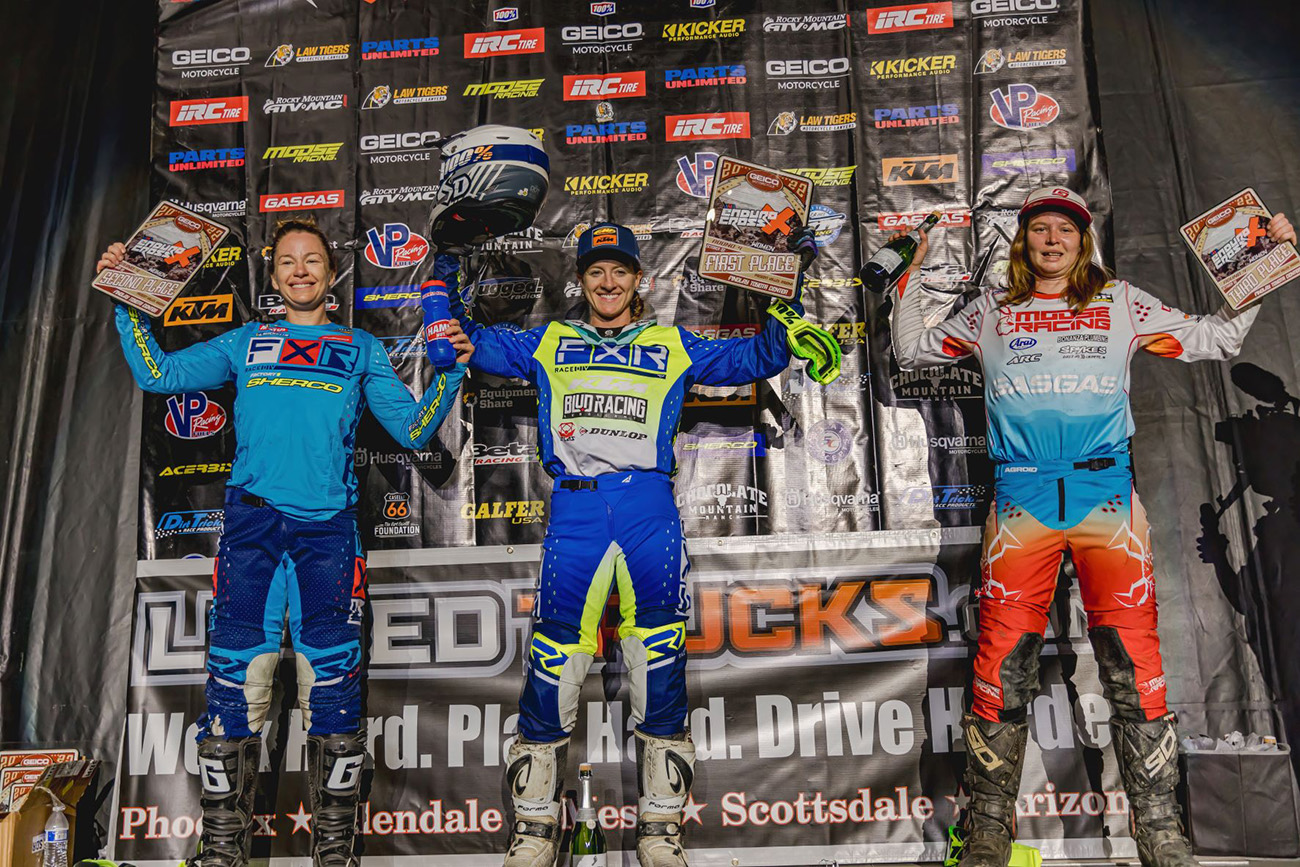 Spenser Wilton won the Expert class main event ahead of Cody Miller in second and Dustin McCarthy in third.

The intermediate class main event was won by Braxton Hintze ahead of Coleman Johnson in second and Gavin McCarthy in third.

Tyler Kinkade won the Veterans class with David Kamo in second and Ryan Gouevia in third.

The Novice class was won by Ray Amos. Fernando Pascal came in second and Justin Webb in third.

Braxton Hintze won the Junior class, which is limited to riders that are 12 to 17 years of age. Jack Williford came in second place ahead of Murphy Aaron in third.

The fifth round of the 2022 GEICO AMA EnduroCross Championship Series will take place on Saturday, November 5, in Boise, Idaho.