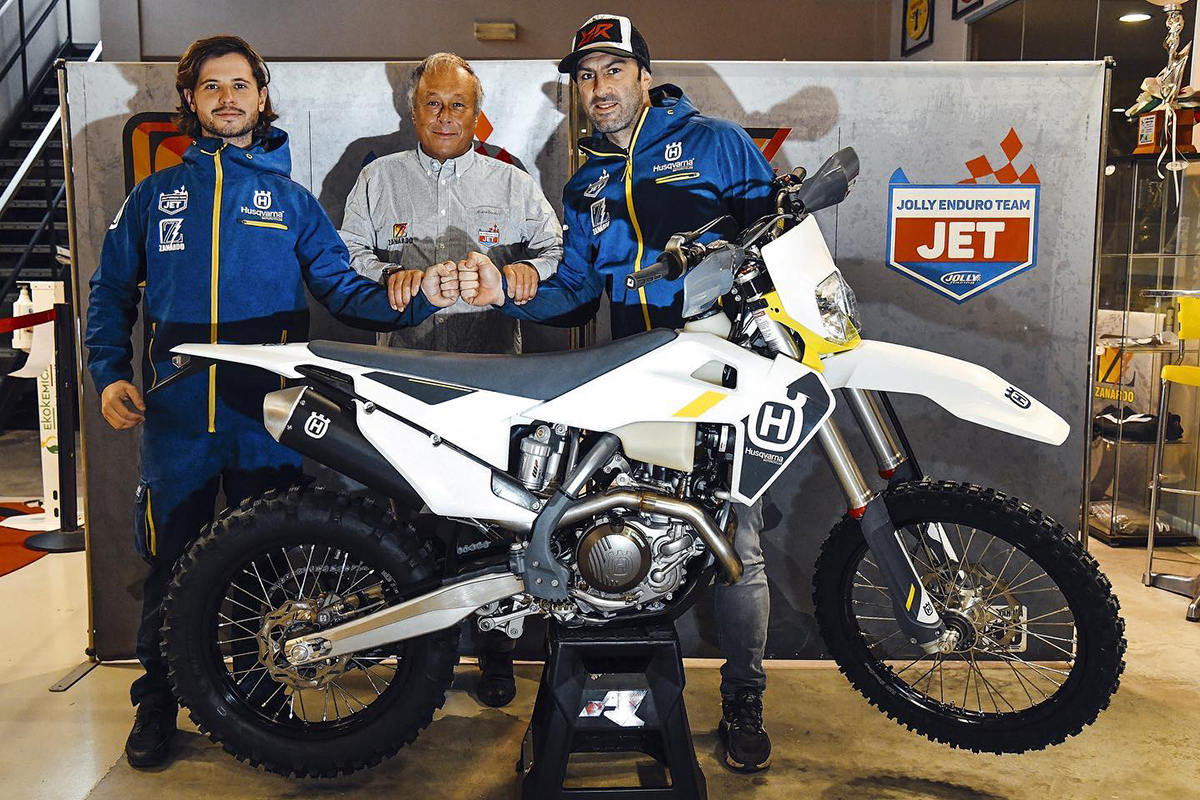 Alex Salvini returns to JET Zanardo Husqvarna for EnduroGP in 2022

2018 was a successful season for Alex Salvini and the JET Zanardo team together. Though it would ultimately end in disappointment, with a mechanical failure which arguably cost Alex a world title, the rider and team are back together and motivated for the ’22 season.

It looks like a big move for the big guy to rekindle his attack on the World and Italian championships after some difficult seasons plagued by injuries. It can’t be easy running and racing in your own (S2 Motorsport) team either.

Alex has already set to work with his new Husky 450 and says he is aiming to defend his class title in the Italian series plus get back on the podiums at GP level.

“After two years characterised by injuries, I decided to make a radical change to find new motivation.” Says Salvini. “How can I forget the Husqvarna that made me dream in 2018? The feeling with the JET Zanardo team has always been fantastic and so here I am again! With a few years but with the same desire to race.”

The squad has also announced they’ll continue the rich and historic thread from New Zealand with 23-year-old Tom Buxton. Second in the New Zealand enduro series last year, Tom will also race the Italian championship plus the Junior World Championship on an FE 350.

“The return of Alex Salvini brings the team new motivation.” Says Luca Castellana, JET Zanardo team manager. “I am very happy that Alex is back on our Husqvarna because it recognises our commitment and the work done together in the past. We are looking forward to the new season together.”

Renewing their support for Team JET Zanardo, Husqvarna Motorcycles Italy’s Daniele Giacometti welcomed Salvini back, “[JET Zanardo] is a group of good people with excellent skills and a very strong passion. This year they will do everything they can to do well! Good luck for 2022 and welcome back to a champion like Alex Salvini.”

The first major race for the new look team will be the Italian Enduro Championship season opener in Arma di Taggia on March 5.