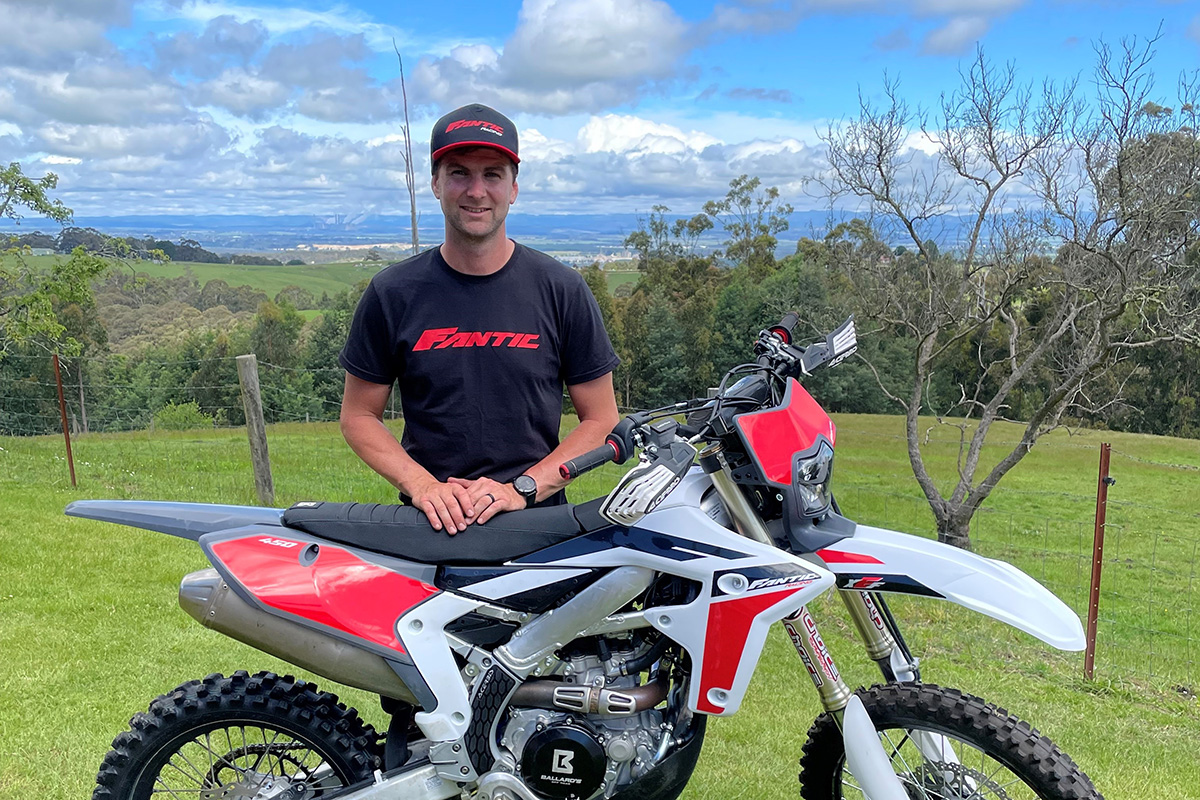 On the back of successful campaigns for two seasons now in the Youth and Junior world championships, including the 2021 world championship title with Albin Norrbin and runner-up in E1 with Davide Guarneri, Fantic Motor is taking another step by signing a big hitter, on a big bike, in the big boy classes.

30-year-old Australian Daniel Milner will race for E2 and EnduroGP scratch honours which puts him in the hottest class in the world championship right now. Next season Milner will join the likes of Josep Garcia, Wil Ruprecht, Steve Holcombe, Nathan Watson, Hamish Macdonald and Joe Wootton to name a few…

Fantic Motor’s sister official team, D’Arpa Racing will take care of Daniel and they are experienced hands having already nurtured Jed Etchells and Albin Norrbin into the championship in previous seasons. They will also race in Fantic’s domestic Italian Assoluti Enduro championship.

Milner will be a welcome addition to the series and no doubt it represents a big move for the nine-times AORC champ, but given the lack of racing for two seasons now down under who can blame him?

It will also mark the official entry of the XEF 450 model into world championship competition and Milner with his big bike experience is certainly a rider capable of making a mark on the GP podiums.