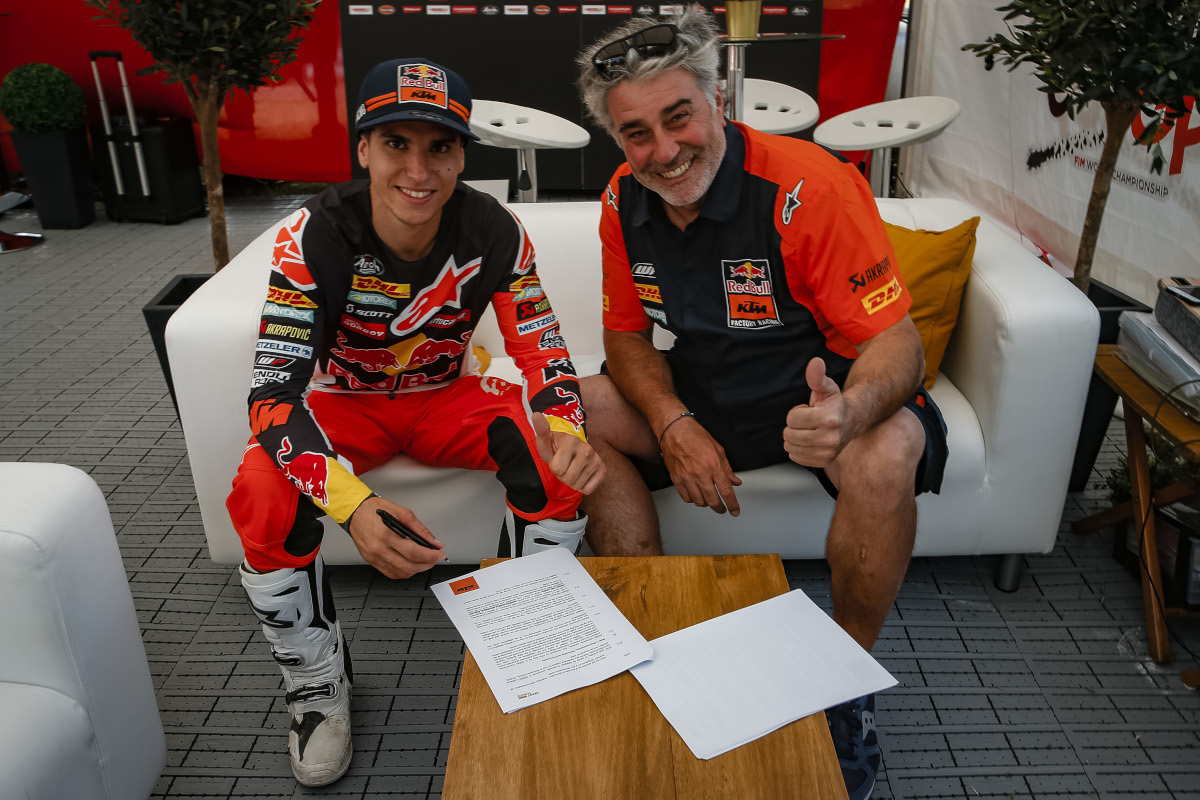 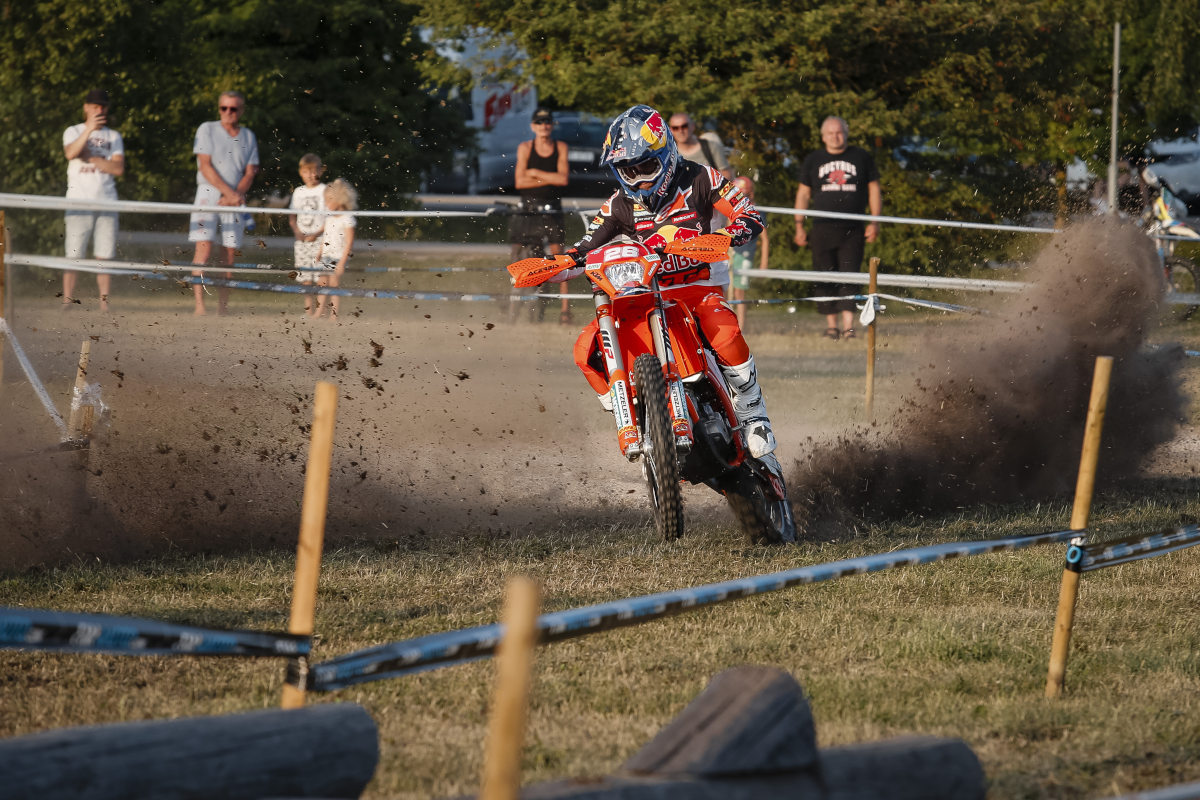 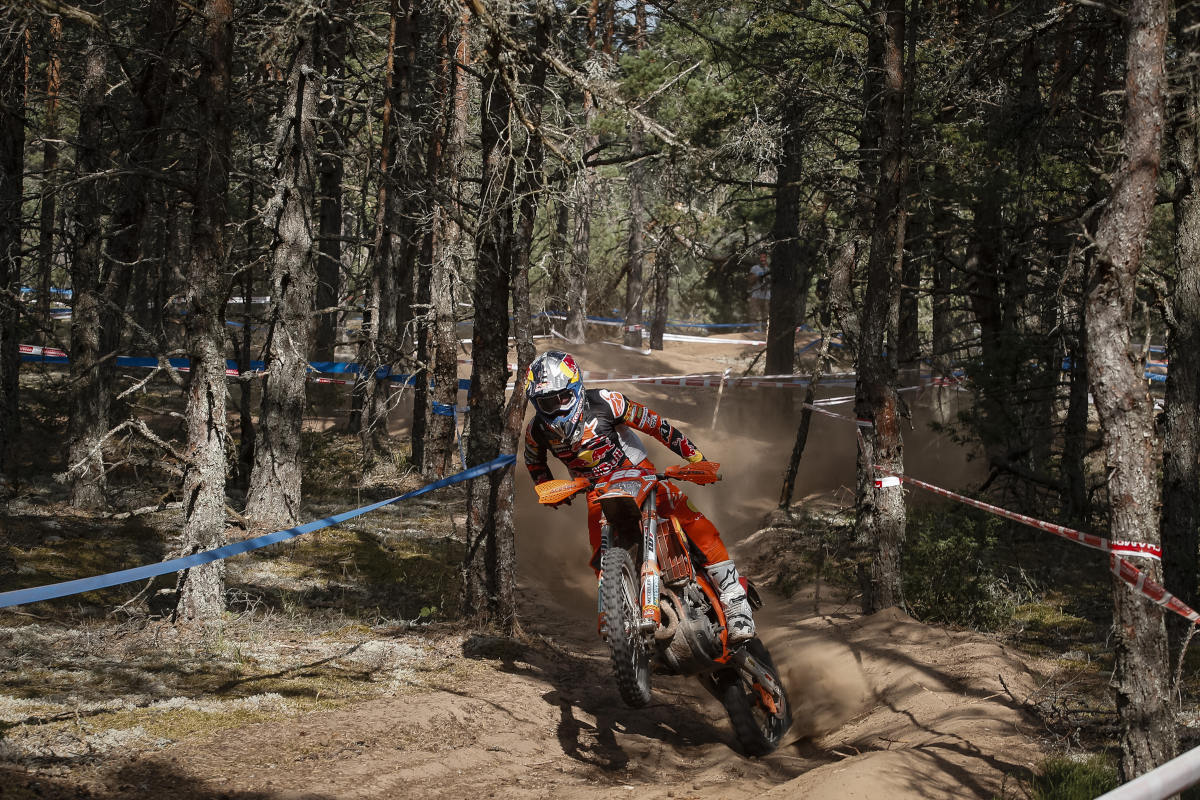 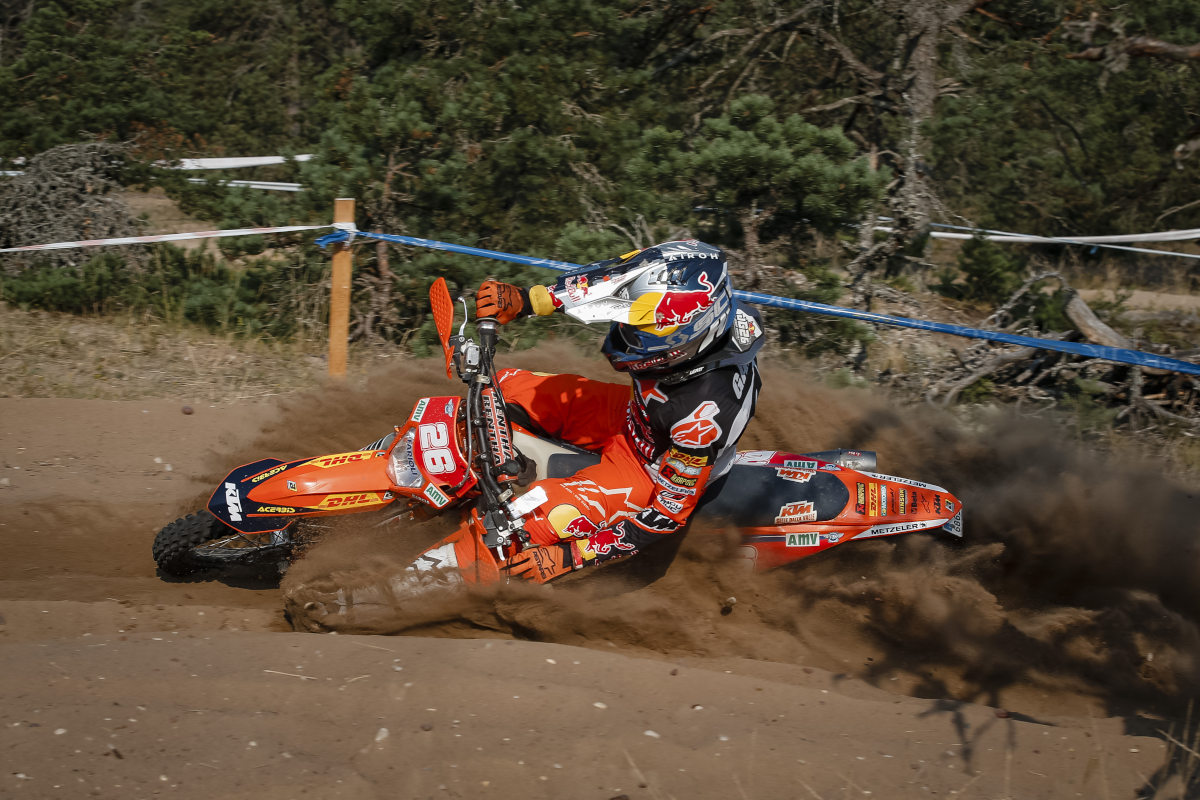 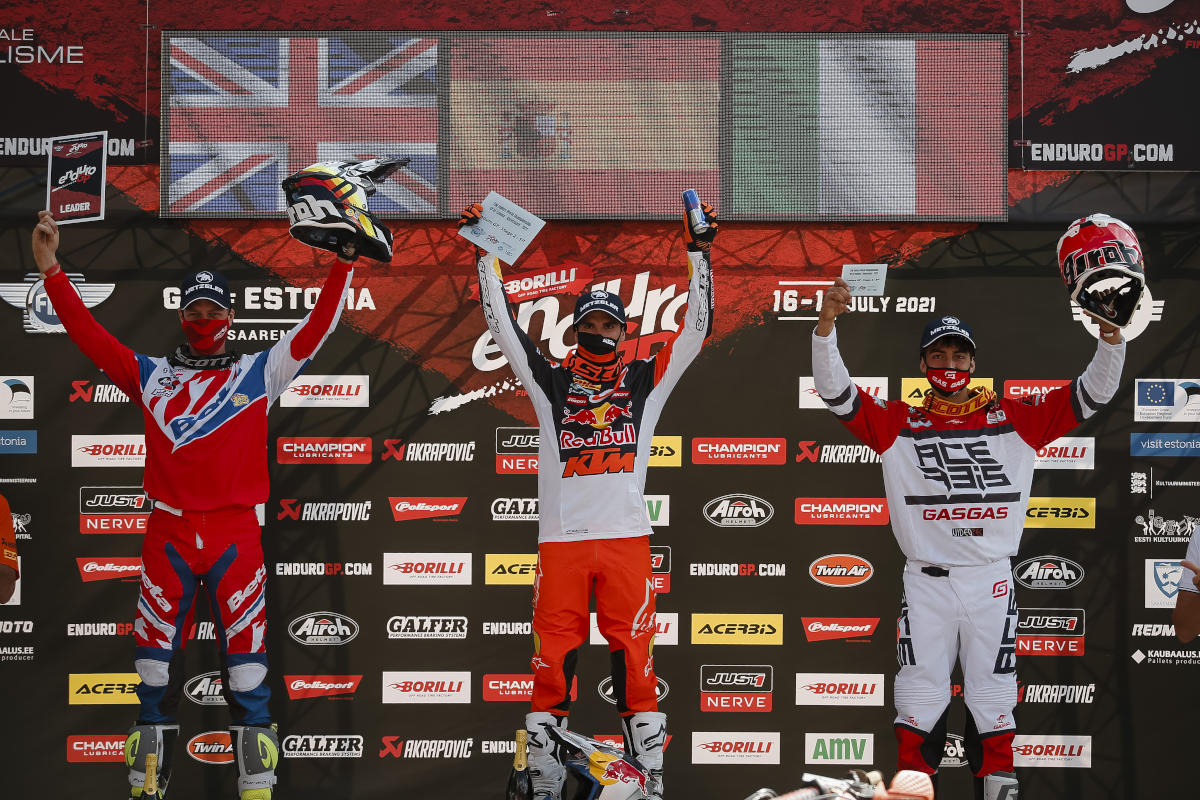 KTM Factory Racing have announced a two-year contract extension with Josep Garcia which will see him compete in EnduroGP and the ISDE through to the end of the 2023 season.

After a successful return to the Enduro World Championship paddock in 2021 where Garcia has so far claimed five EnduroGP podiums, as well as a double win at the GP of Estonia, KTM seem to be pretty happy with their Spanish pocket rocket as he’ll continue to compete from under the orange awning for at least two more years.

Garcia will remain on the KTM 350 EXC-F in the World Championship as well as line up for the ISDE where he’ll aim to add another class overall win – he topped Enduro1 in Portugal 2019 – and look to become the fastest rider on earth during the upcoming week in Italy.

“I’m super happy to extend my contract with KTM for another two years.” Said Garcia. “We have been working together since 2017 and I think it’s the best team to be in, plus I also have a great relationship with my mechanics, Ivan and Daniele.

“Signing for two more years means the team and I are free to focus on the racing and aim to be at the very top. Continuing with the KTM 350 EXC-F in EnduroGP helps to keep things consistent too, so I can really work on my riding. After that, I’m hoping to experience a few new disciplines and expand my horizons as my career continues!”

Fabio Farioli – Red Bull KTM Factory Racing Team Manager: “We are very proud of everything we’ve achieved with Josep and we’re happy to be continuing our strong relationship with him for a further two years. Our main focus now is to compete for great results at the ISDE, and then turn our attention back to the FIM E2 and EnduroGP championship, which concludes in October. We’ll be giving our all as a team to fight for victory, and we’re looking forward to the future together.”

Robert Jonas, Vice President KTM Motorsports Offroad: “We’re pleased to have reached an agreement with Josep to continue to battle for race wins and championships together for the next two seasons in the Red Bull KTM Factory Racing team. Josep is a class act with incredible talent, and we’re happy to be back fighting for the FIM EnduroGP title together this year, which was the main aim for him and the team this season. We look forward to future possibilities and achieving the goals that we have set together. A rider of Josep’s calibre brings a lot to our enduro program and we look forward to the continuation of our work as a team, which begins with our battle for victory at the ISDE.”