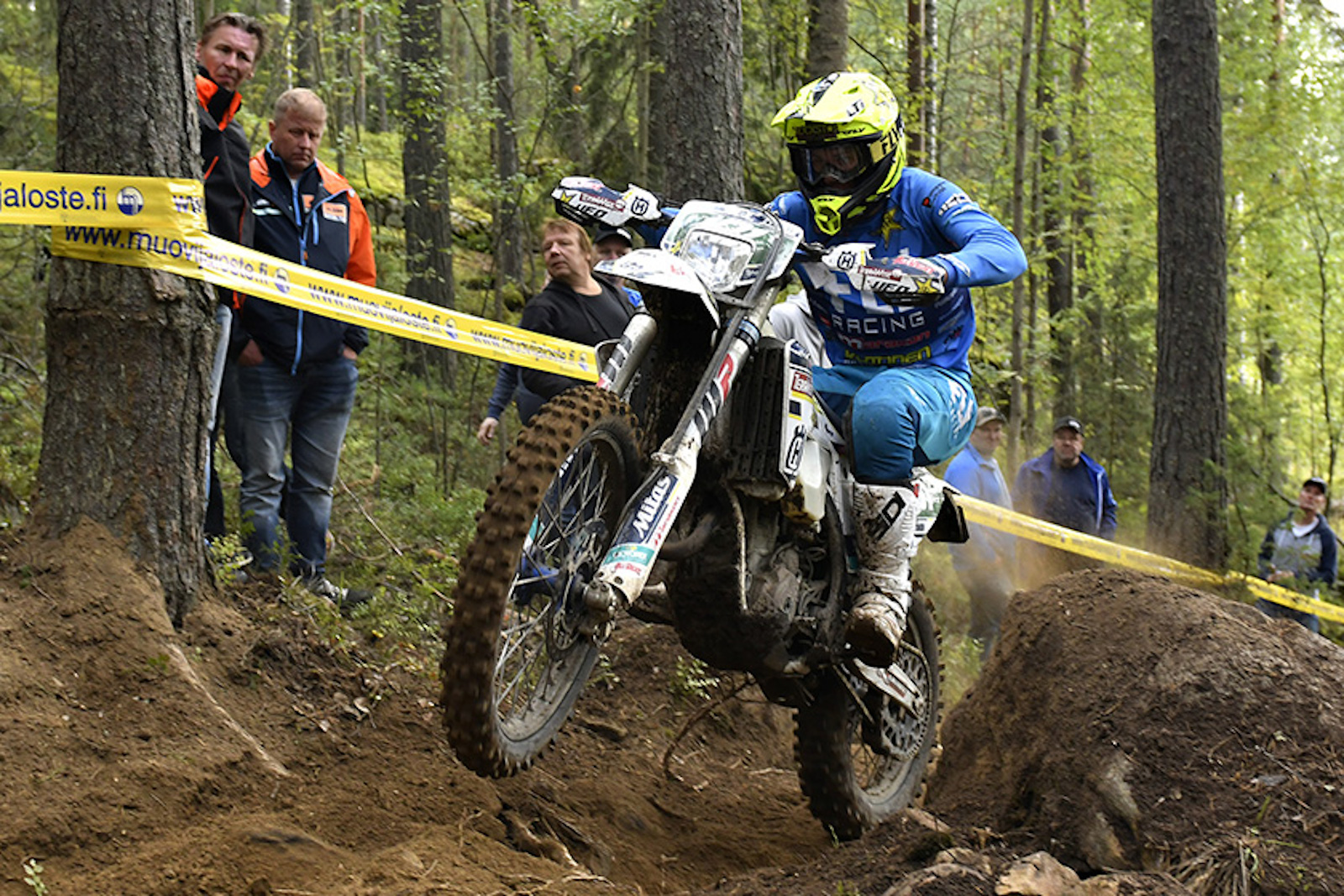 With an overall victory of the second day at the final European Enduro Championship round of 2019, Roni Kytönen clinched a stack of trophies few 19-year-olds will have in their cabinets.

An outstanding ride from Kytönen this weekend not only won him the overall European Championship title but also the Junior E1 class honour. That is in addition to the National Team Trophy with victory on day three’s MX race plus Kytönen Motorsport Team also won the Trade Team title – all this 20 years after his father, Vesa, took a world enduro title. This was some weekend for those guys!

It wasn’t plane sailing for Kytönen who finished second to Jed Etchells on day one and then crashed in the second special test of day two, losing around 20 seconds. But at the beginning of the third lap he was back in the lead and kept his nerve and extended his lead to over 15 seconds. 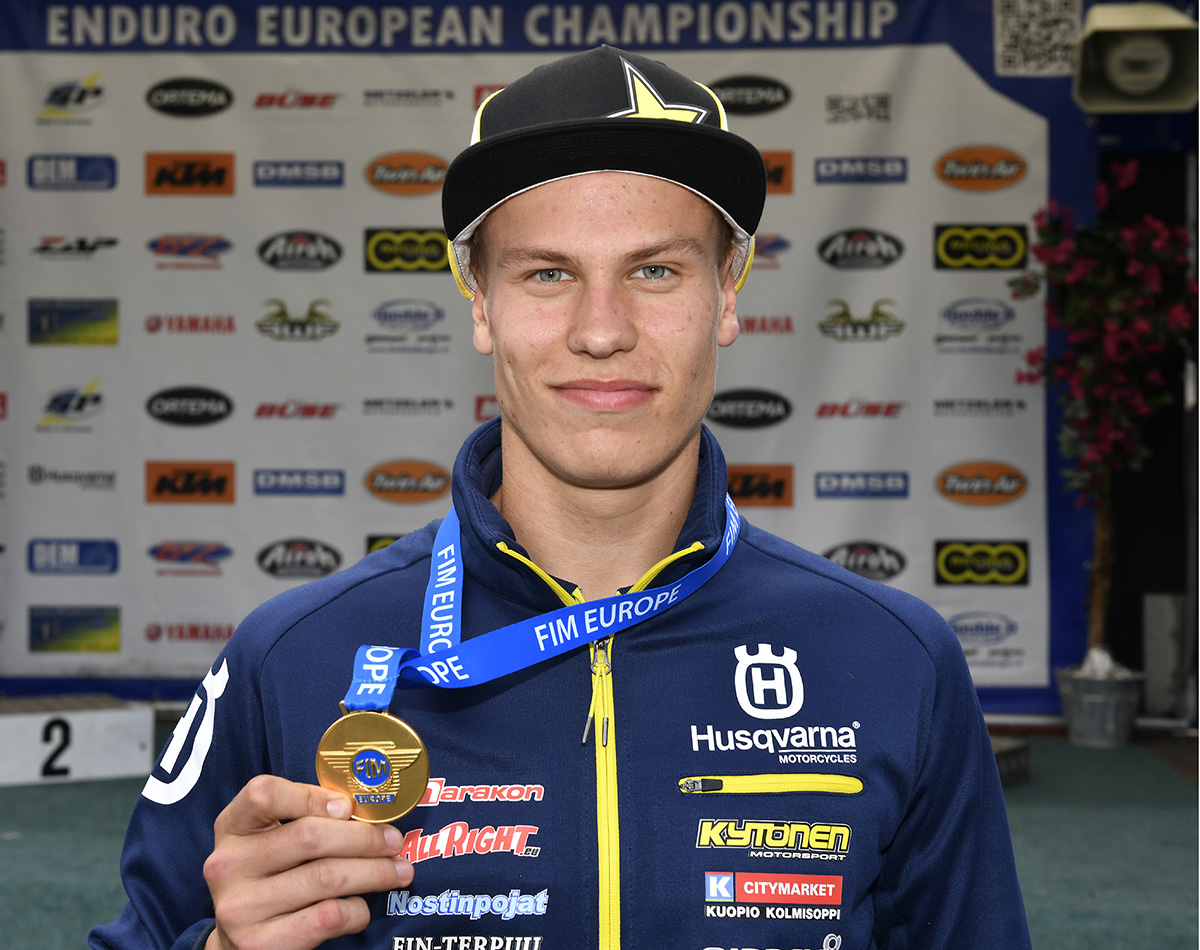 Etchells was the only other rider who had any real chance to win the European title this weekend but he “excused” his second place on the second day by saying that it wasn't as wet and slippery as it have been on the first day.

With victory on day two, Swedish rider Hanna Berzelius secured the title in the Women’s class win ahead of British rider Nieve Holmes.

The Swedes were also at the top of the Women's team podium on day three with Berzeliu riding with sisters Martina and Emilia Reimander and Emma Wennbom, ahead of Finland and Britain.

Another Swedish rider on a high was 17-year-old Max Ahlin who became European Champion in the U21 Juniors with second place on day two behind his compatriot Albin Norbbin, enough for the early title. 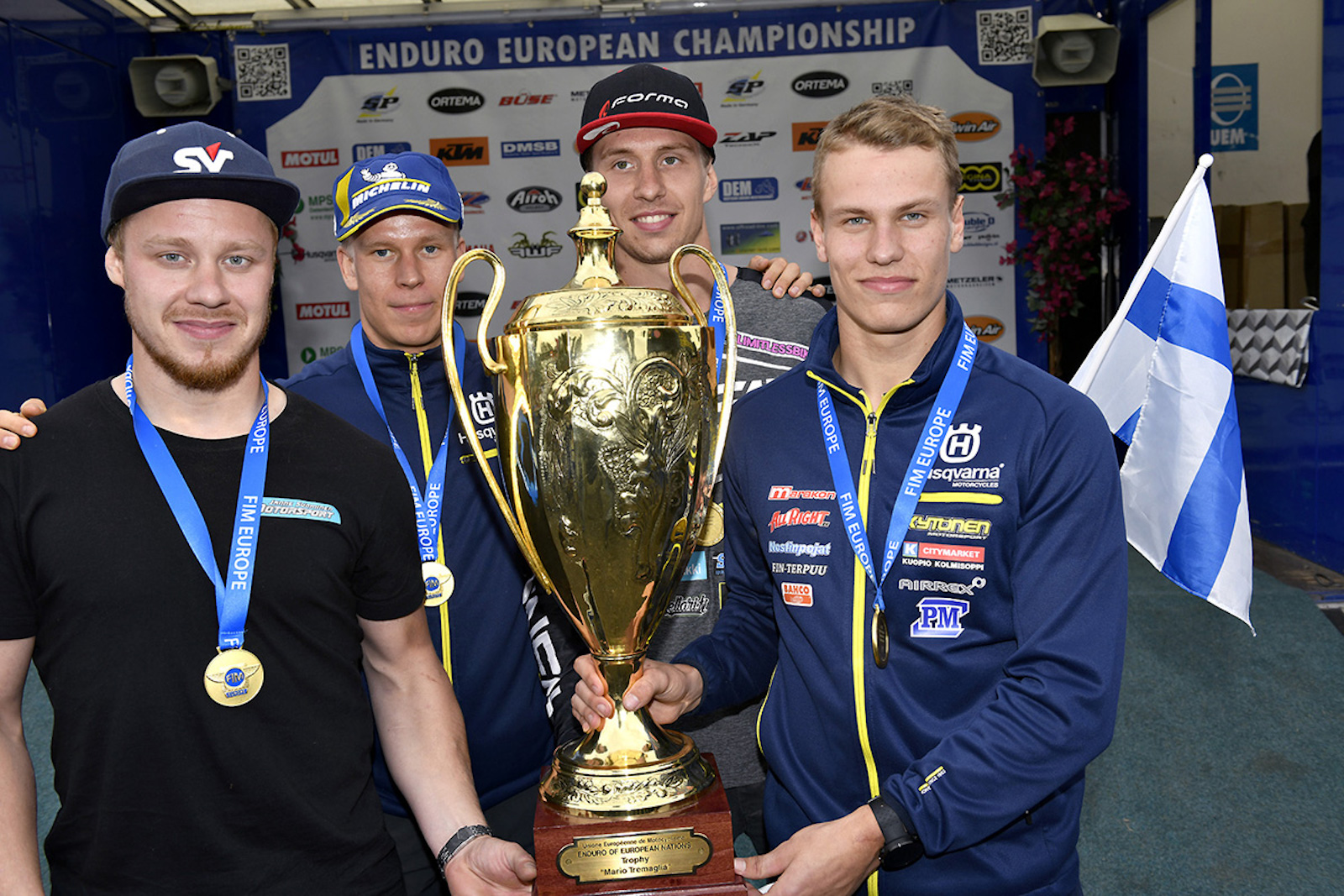 In the Junior E2-E3, Jed Etchells, day one winner but beaten by Kytönen for the overall on day two, took victory in class by almost two minutes and with it the 2019 title. The MRS Sherco rider follows in the footsteps of his British compatriots Steve Holcombe and Brad Freeman, who were also successful in the European Championship.

The final day in Finland in fact was an MX race by class on the former Motocross World Championship track in Heinola and in the end it was not surprising that host nation team Finland won the trophy. 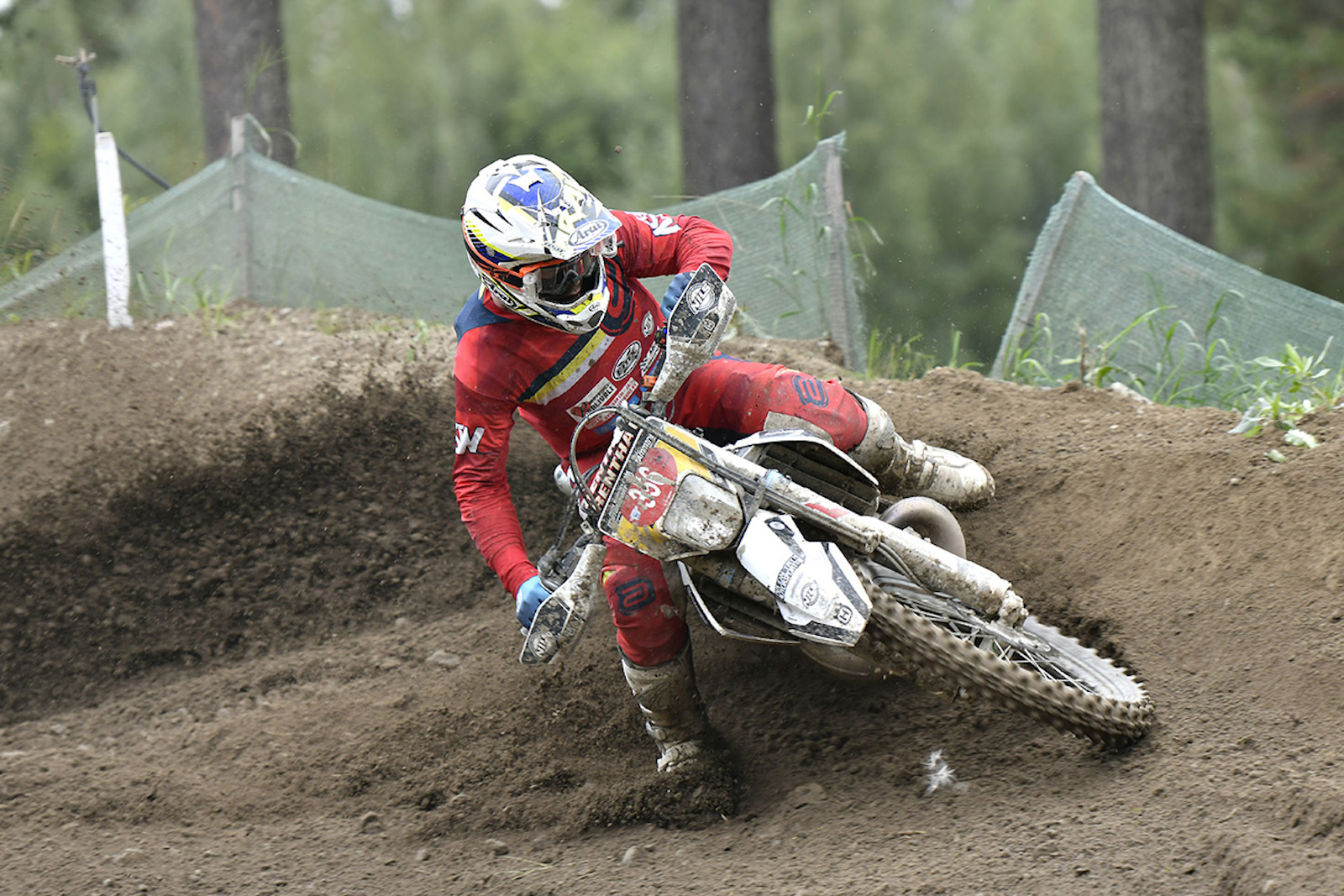 Roni Kytönen, Antti Hänninen, Mika Tamminen and Eemil Pohjola ripped the win ahead of Slovakia and Sweden in third.

In the Junior Team Trophy the Swedish team won with Max Ahlin, Albin Norrbin, Oscar Ljungström and Noah Largen, ahead of Finland and France.

The Finns were successful again in the Senior Trophy with Janne Mukkala, Santeri Enjala, Mika Paavola and Marco Leponiemi winning ahead of Sweden.

Attention in the second race of the final day was focused on Sebastian Krywolt who lead from the front in the Senior class to secure the European title.

Italian Maurizio Micheluz started the final day in Finland with a points advantage but in the MX race only finished third. But the results was enough for the 36-year-old rider to successfully defend the European Championship title in the 250 two-stroke class. 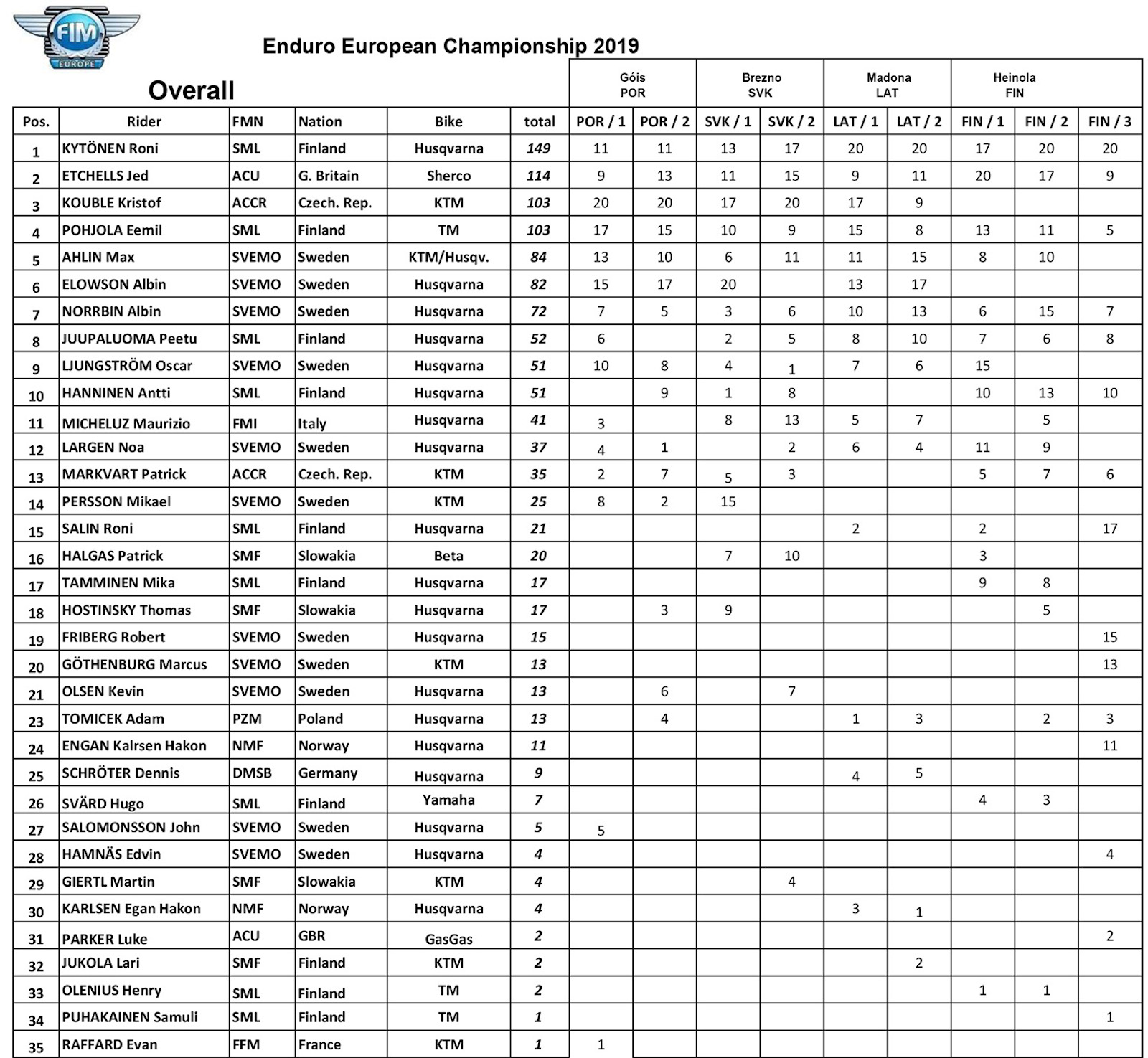