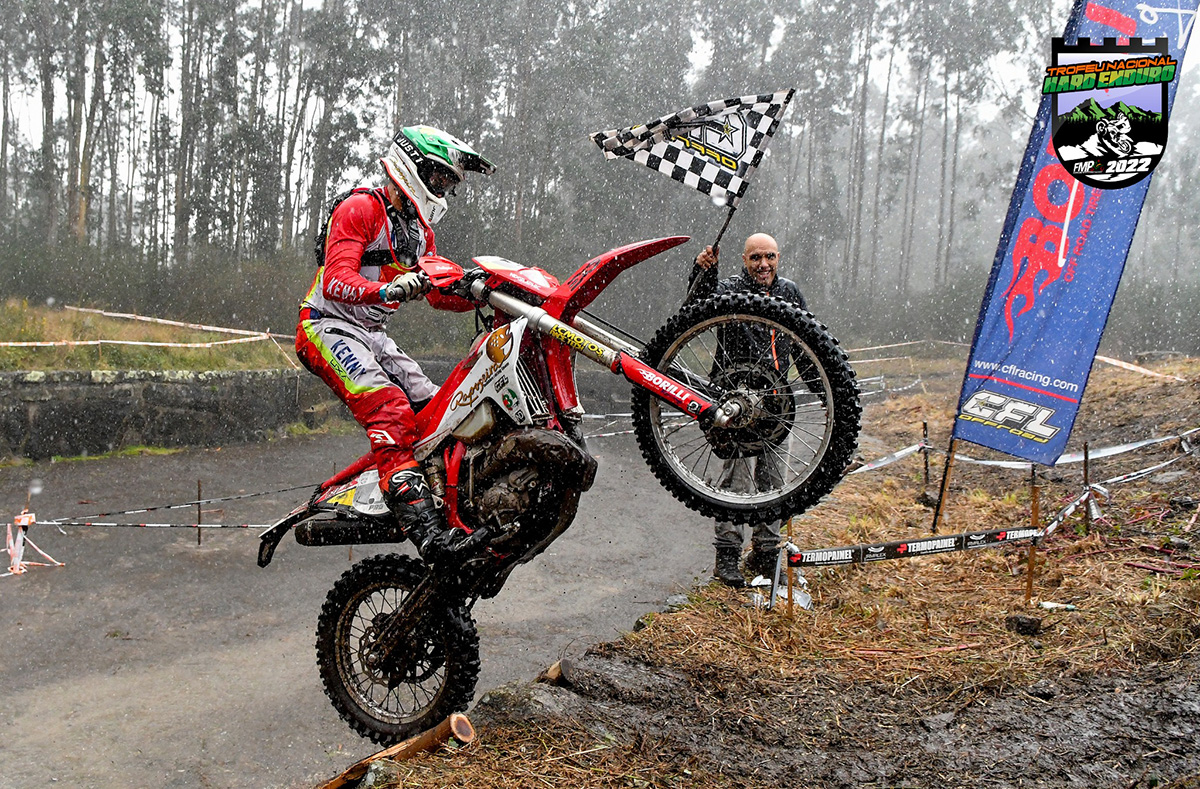 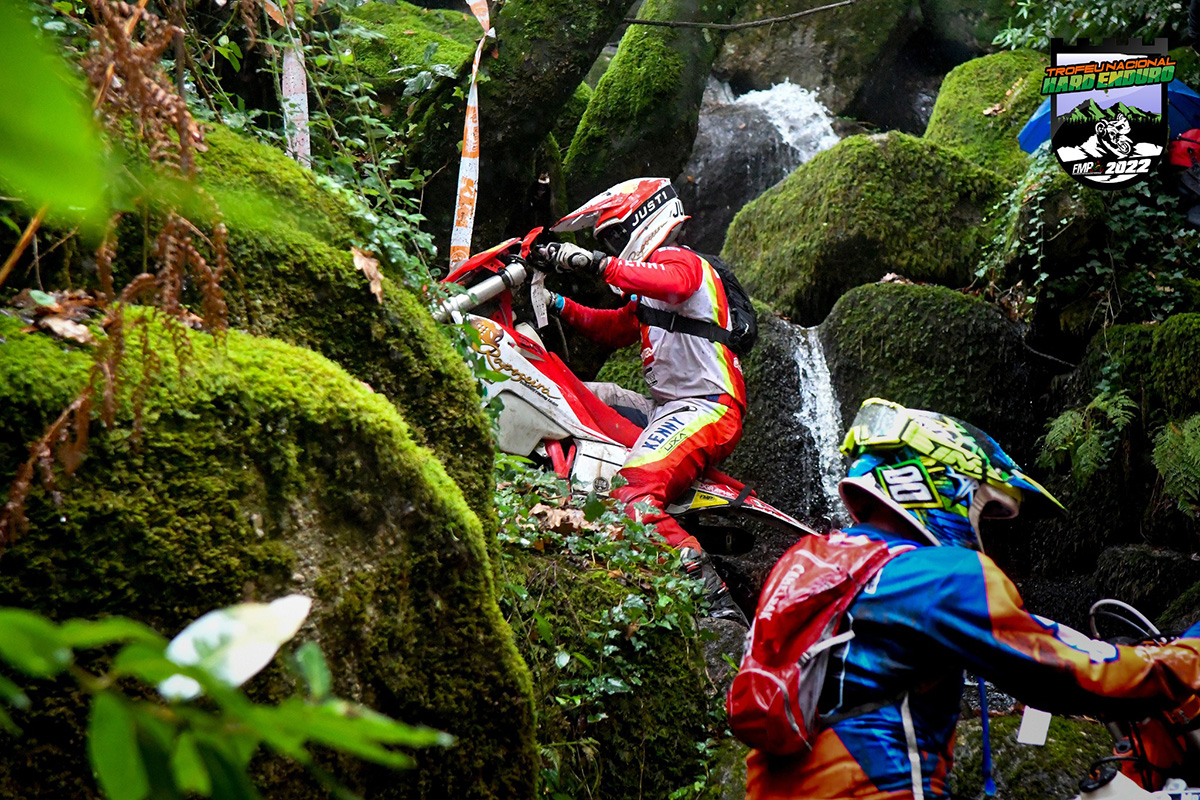 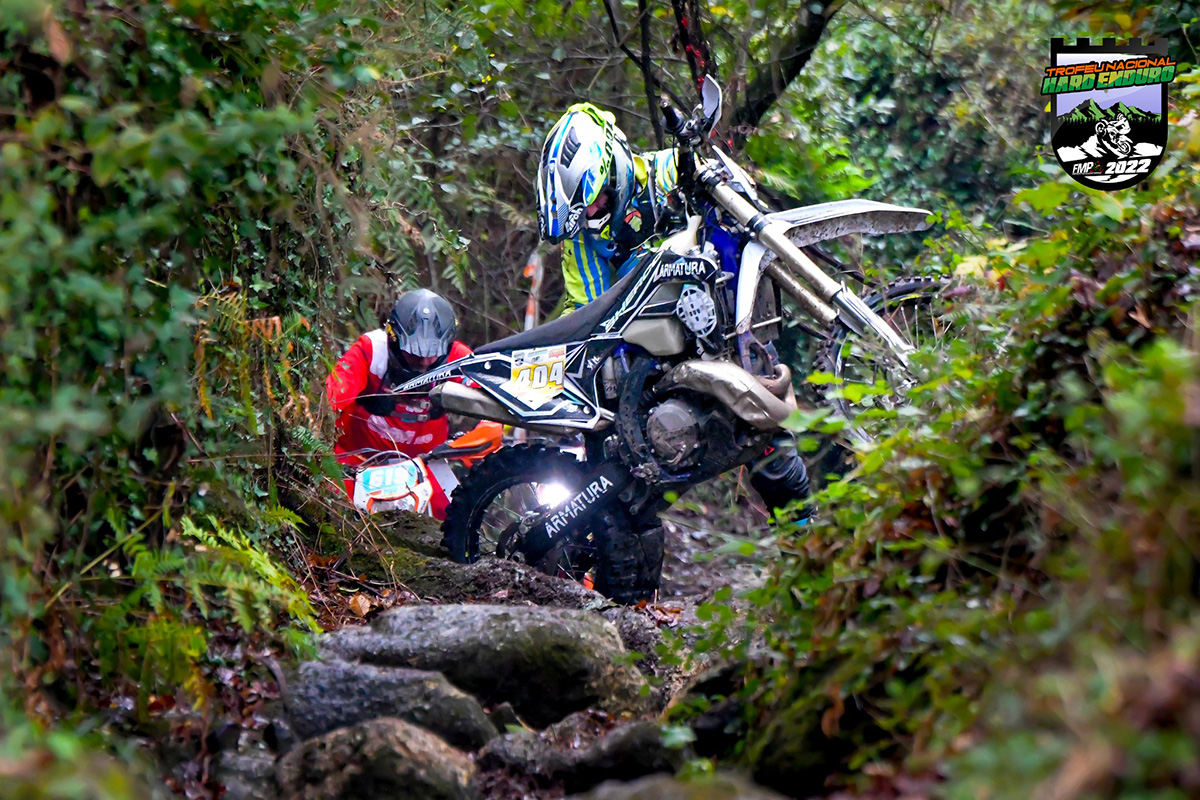 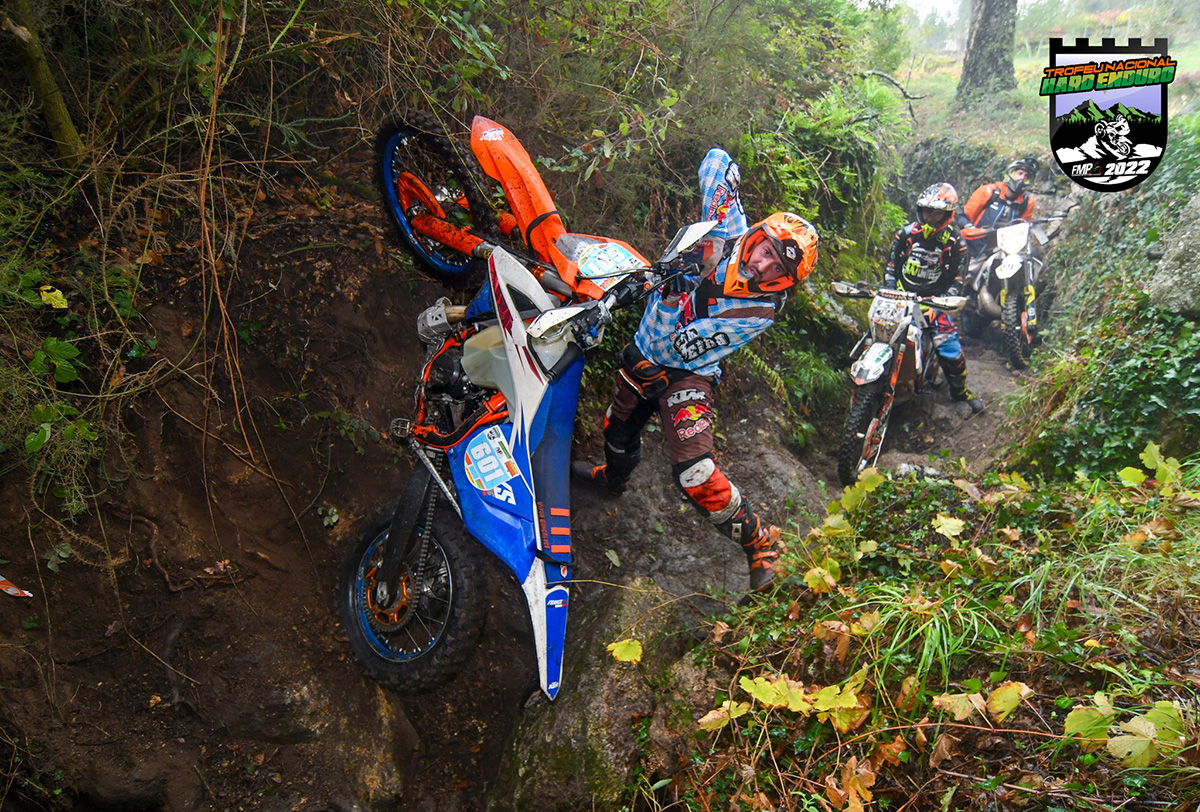 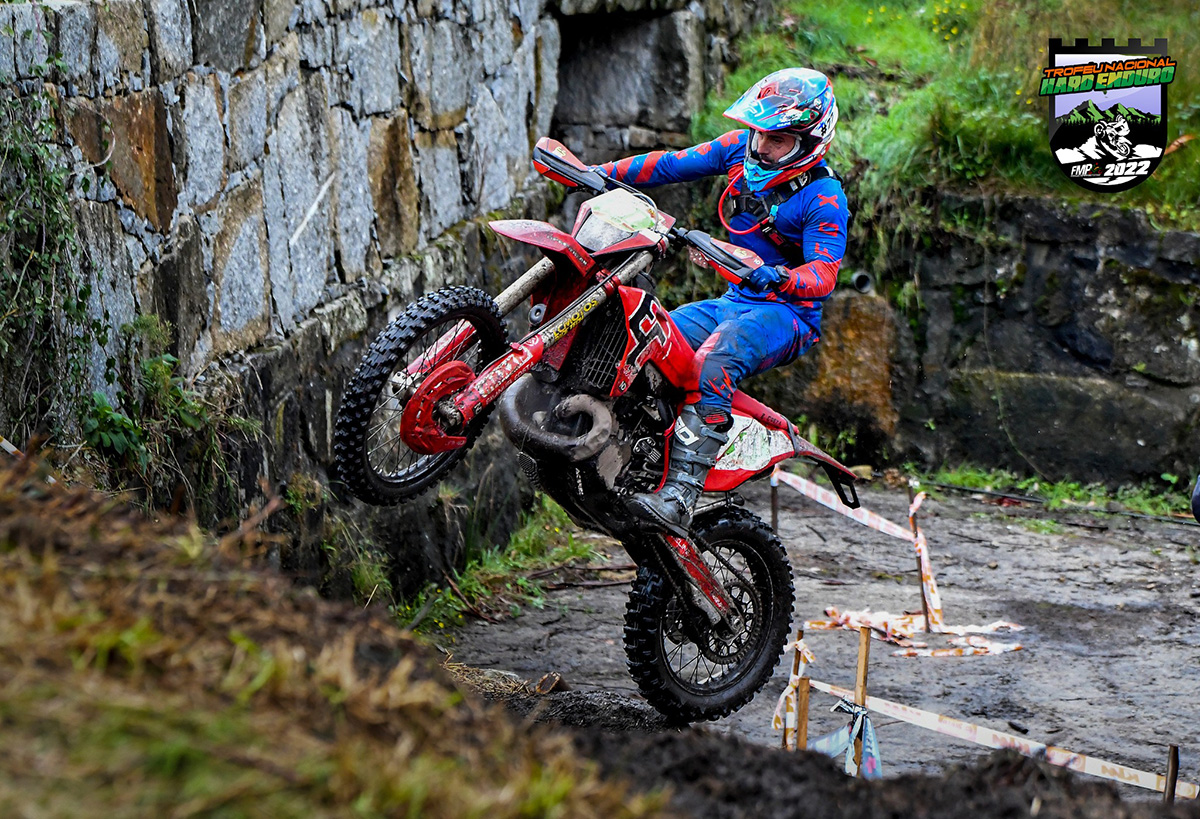 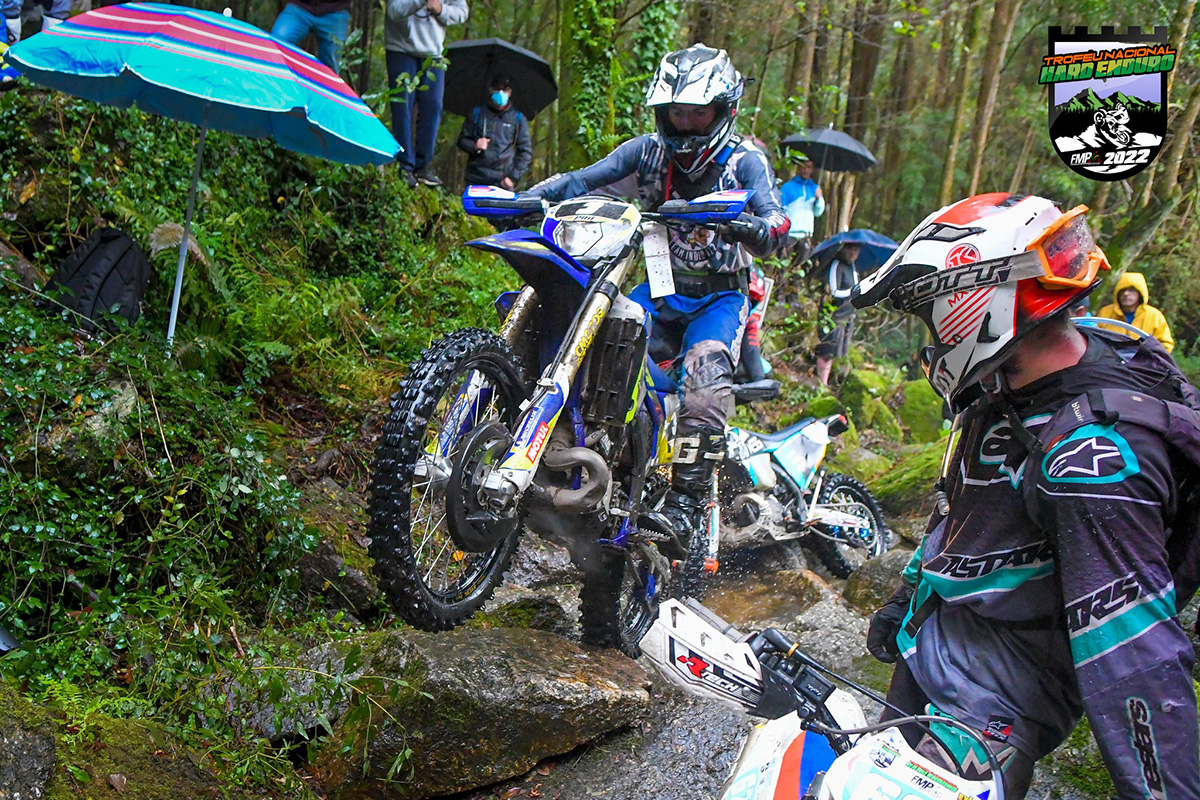 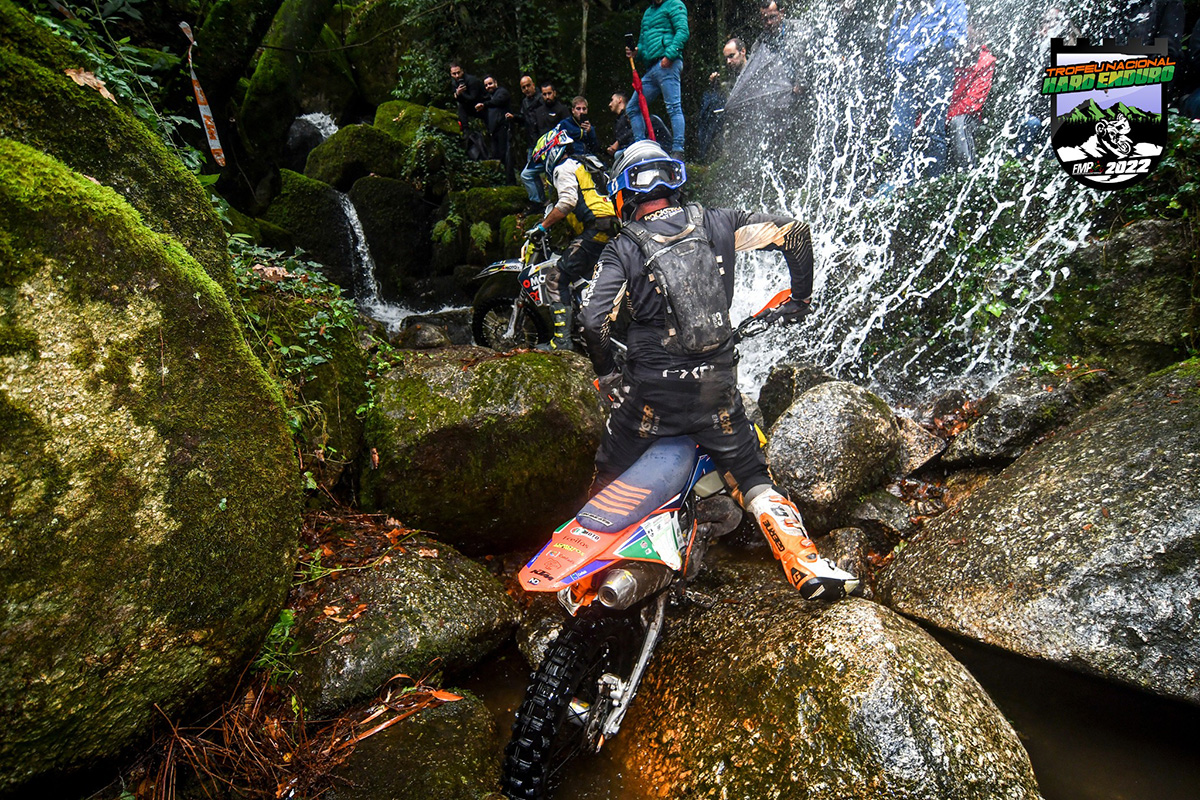 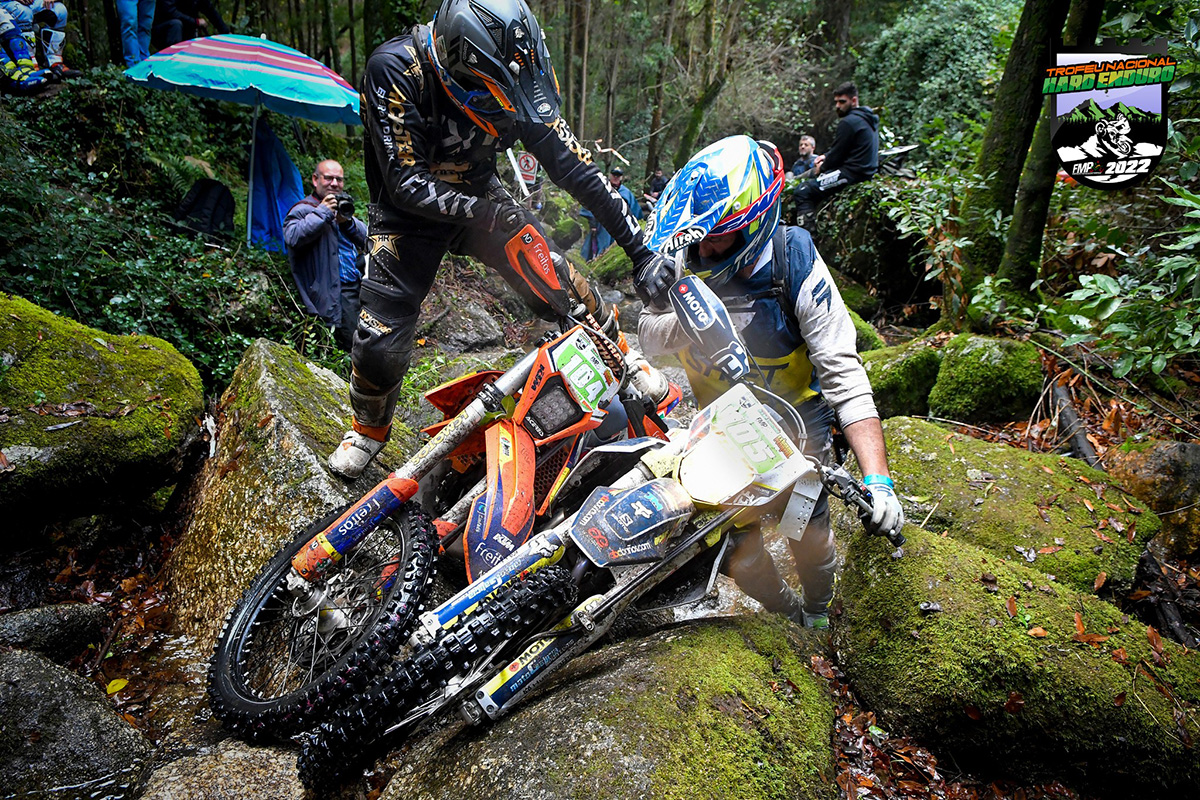 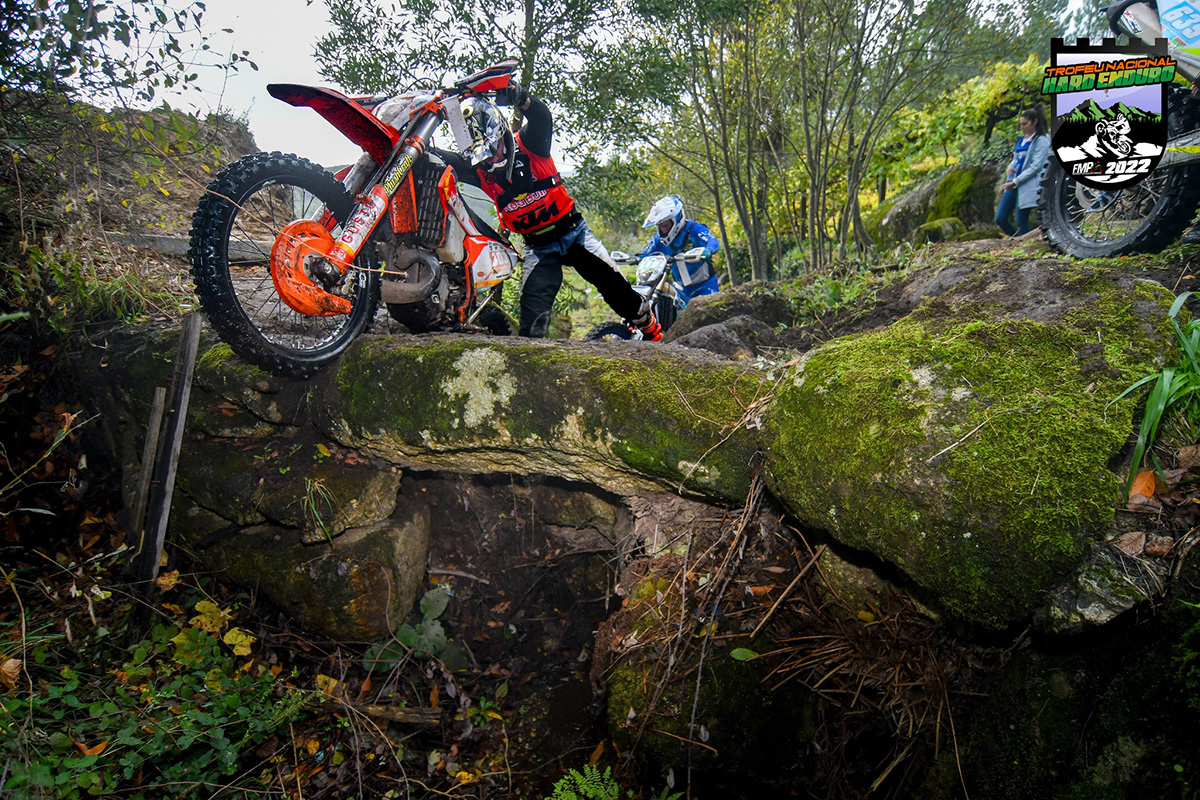 Video highlights from round four of the 2022 Portuguese National Hard Enduro Trophy, the Extreme Penafiel, raced in the same rivers and rocks as the Extreme XL Lagares – Diogo Vieira conquers the biblical weather conditions.

The Extreme Penafiel course in Lagares and Figueira areas outside of Porto, saw competitors in six classes and a very strong Spanish contingent making the trip across the Iberian border.

With the rain being a big feature of the day, the race was one of the most demanding of the season. The nerve centre of the event was the Figueira football field with riders facing a 24 kilometer course that was covered four times by the fastest riders.

Diogo Vieira returned to TNHE after his absence on the last round and won. But the Portuguese star had to deal with determined efforts from his nearest opponents Tiago Oliveira, winner of the trophy in 2021 who won the morning prologue, and Ni Esteves who kept the multi-time champion honest for most of the afternoon race.

In the Open class the winner was Diego Rodrigues in front of Daniel Branco and Álvaro Mouta with Marco Ferreira winning in the Juniors ahead of João Miguel and Ricardo Almeida.

The Experts saw Emanuel Costa in charge ahead of Luis Gonçalves and Tiago Sousa. Not always as competitive but certainly the most numerous, the Hobby squad saw Anxo Ares come out as winner ahead of Carlos Gonçalves and Daniel Rodriguez.

TNHE round five happens on November 13 in the picturesque Serra da Boneca in Sebolido, Penafiel which many will know as the final stage for the 2022 Extreme XL Lagares finish.