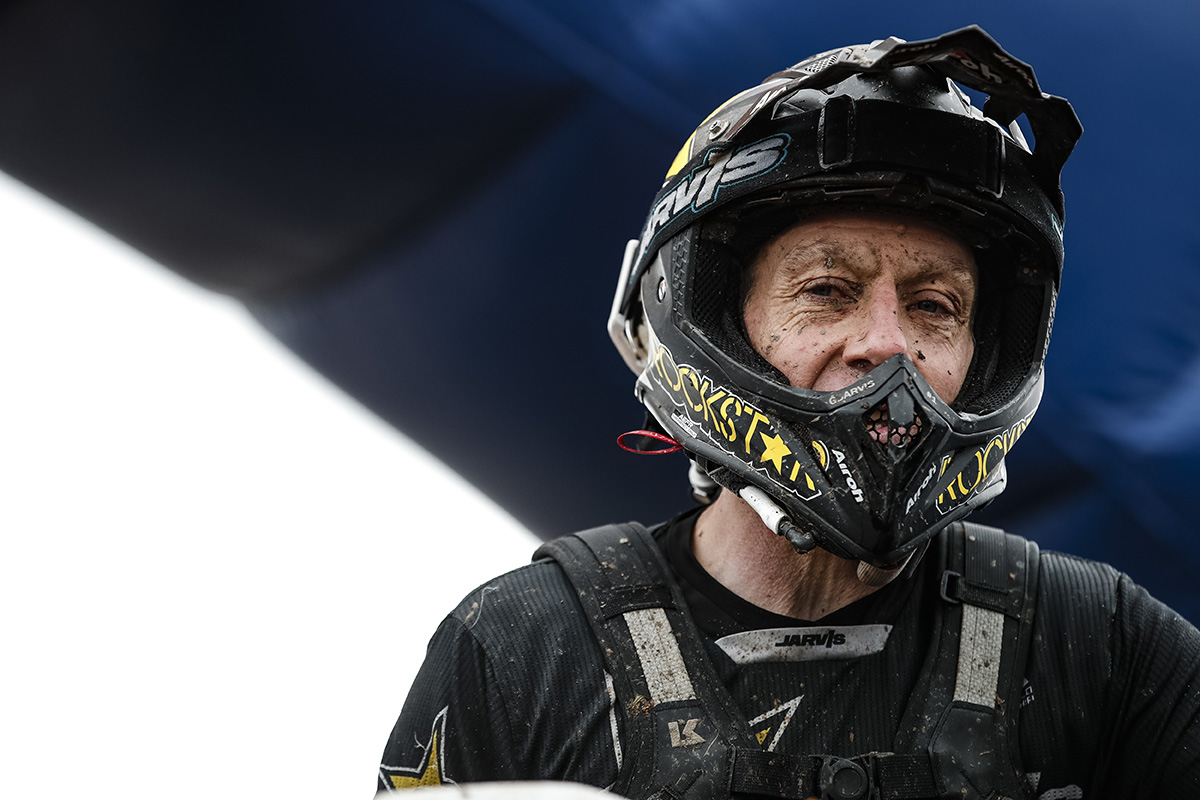 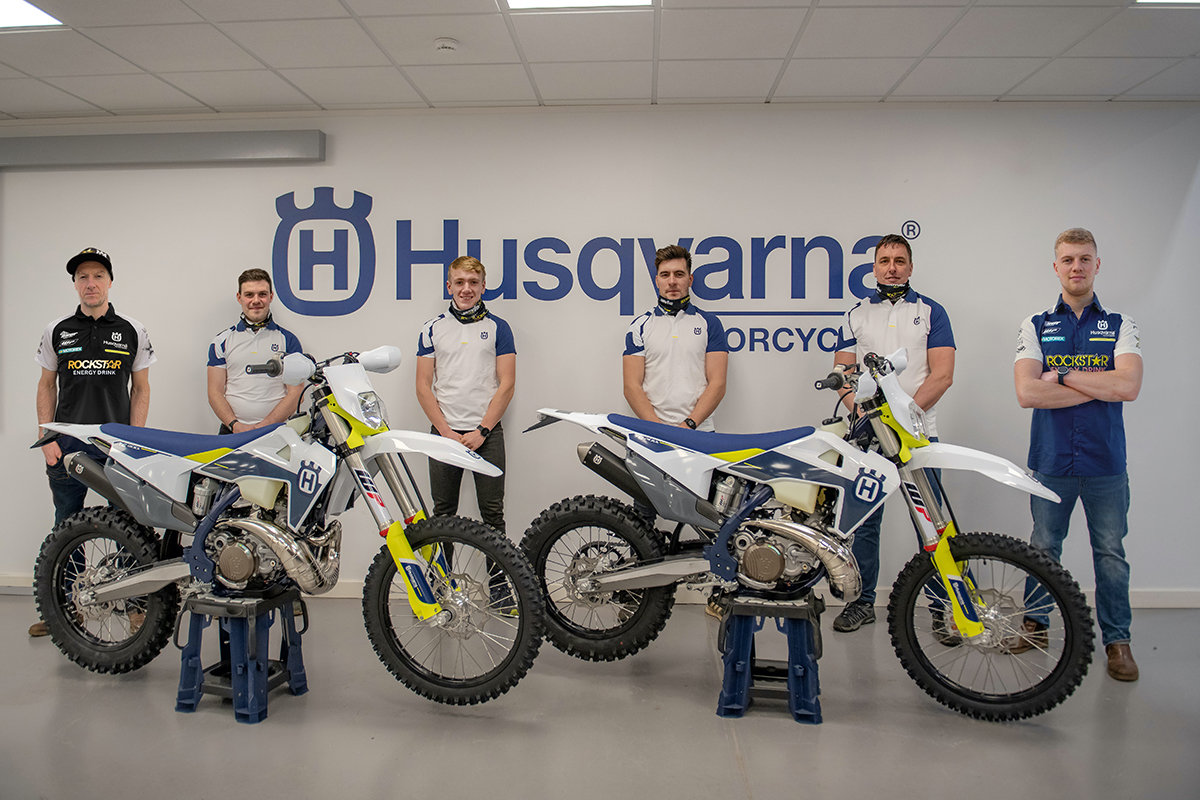 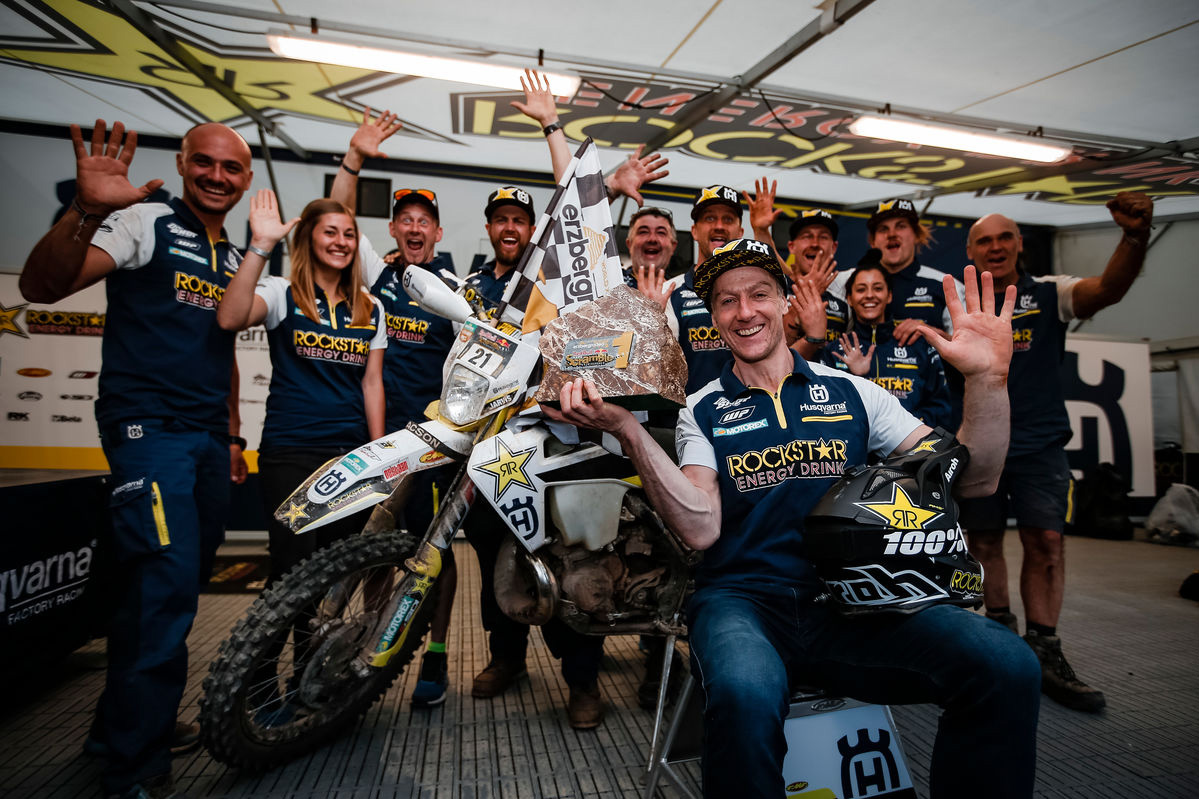 As the 2021 extreme enduro world in Europe slowly gets out of bed and takes its first sip of coffee in this still Covid restricted season, Graham Jarvis is holed up in his Spanish base for the winter, training and avoiding his homeland British weather.

But the multi-times winner of Erzbergrodeo, Romaniacs and countless major extreme events around the globe has more on his plate this spring as he begins a new role alongside his racing programme as team manager of the new Jarvis Husqvarna Racing team.

The Rockstar Energy Husqvarna Factory Racing rider signed a new deal with the enduro team alongside Billy Bolt and Alfredo Gomez but will now also start a new role in charge of a five-rider squad of mostly young riders in the FIM Hard Enduro World Championship.

Enduro21 catches up with Graham at home to learn more about the new project...

Hi Graham, where are you at right now? At home in Spain waiting for racing to start?

Graham Jarvis: “Yeah, I’m just here in Spain, riding, making new trails, training and getting ready for when travel restrictions ease and we can get the first people over for the Signature tours and schools.”

Tell us about the new Jarvis Husqvarna Racing team then, how long has it been in the pipeline?

“I mentioned it to Husqvarna during the last couple of years, I told them that it was what I wanted to do and Husqvarna saw the sense in it. Basically, it’s for the young riders, the one below factory teams, there’s barely anything for them. There are no youth teams or anything like it.

“Pol Tarres had his private team but other than that there’s nothing going on and it’s difficult for anyone coming in when there’s only a factory Husqvarna team. Especially now that the factories are working harder with factory bikes and mechanics, the gap is growing bigger. The whole point is to help the riders who are there but haven’t, before now, had the chances – there’s a lack of opportunities for sure.”

Will they be like a mini factory Husqvarna team then? How will it work and look even?

“Yeah, that’s the plan. It’s all going to be the same image with Rockstar Energy but they’ll use my team gear, so they’ll use Jarvis Race Gear and then hopefully some other products with the Jarvis name on them which we have in the pipeline – it’s all coming together in the next few weeks so stay tuned to GrahamJarvis.org! [laughs].”

Five riders is a lot in an enduro team, Husqvarna traditionally keep it small by comparison, why five?

How will you work with those riders during the season? Training boot camps at Jarvis HQ?

“At the moment they go to the races on their own so now we can make it more organized for them. Also training can be done better and I can advise them to get the techniques right or anything they need.”

So there will be an official Jarvis Racing Team van at the big races?

“Yes, we will have the Razzmatazz!”

What about at the races themselves, how will you split your time between your own job and the team? A race like Romaniacs can be a busy time…

“Hopefully that will all be straightforward. I will be doing my own thing and then I have a few guys helping me out managing everything with the team. They’re part of the tours, the racing gear and all that so they’ll be there as part of the race team for sure.

“Grant Churchward is also there, he’s a team rider but he’s older and experienced and will be helping with organizing when we need to, he’s a senior member.

“There isn’t any big money in it so the mechanics from the big trucks might help in a moment if it’s needed. The riders have to finance getting there themselves but hopefully we’ll have a small crew supporting the riders. But really just for the training and the preparation, it makes sense for them, it wasn’t hard to convince them.”

How will you adapt to being a mentor and manager then?

“Well it has already started with Teo (Kabakchiev), he is with me in Spain right now, he’s not doing any SuperEnduro preparation – because it doesn’t look like there will be an indoor season – so he’s just building up the technical skills here at the Jarvisland.”

Did you always have a plan to manage a team?

“It is a long-term view that hopefully will build into something once I decide to stop racing or when the results start going down, I can still run this team.”

So you will stick with your team or might you manage the factory team one day?

“Don’t say that to Andi (laughs – Andi Holzl is the Rockstar Energy Factory Enduro team manager). If we beat them he might get angry!

“But, seriously, potentially I’m training someone to take my place so it’s a good picture for Husqvarna and everyone. My team could end up beating me, you know? It might look like a strange situation for me to be training them but I want to beat them also so it works for everyone.

“Right now it’s good training with Teo because we can be pushing each other and hopefully it’ll be like that in the future.”

You’ll have different characters to deal in with all the riders. Each has the things they’re good at and the ones they have to improve and learn from your experience…

“Jono is keen to do schools and all that and Teo just wants to do racing. Will (Hoare) has come from  another team so is already very professional but he didn't take much persuading.”

Your own contract with Rockstar Husqvarna continues to roll-on, year-on-year…is the new FIM hard Enduro series the main focus?

What do you think of the change from WESS to FIM Hard Enduro World Championship?

“I think it’s what everybody wanted, the fans and the riders. It makes sense that it’s this way now.”

So the championship is your main focus? And then other events like Sea to Sky…

“Yes, that plus the schools and tours plus the team. I’ll be doing a school next week, you can still do things like that depending on the country and restrictions. Races are still up in the air I think. Even Lagares is uncertain at the moment.”