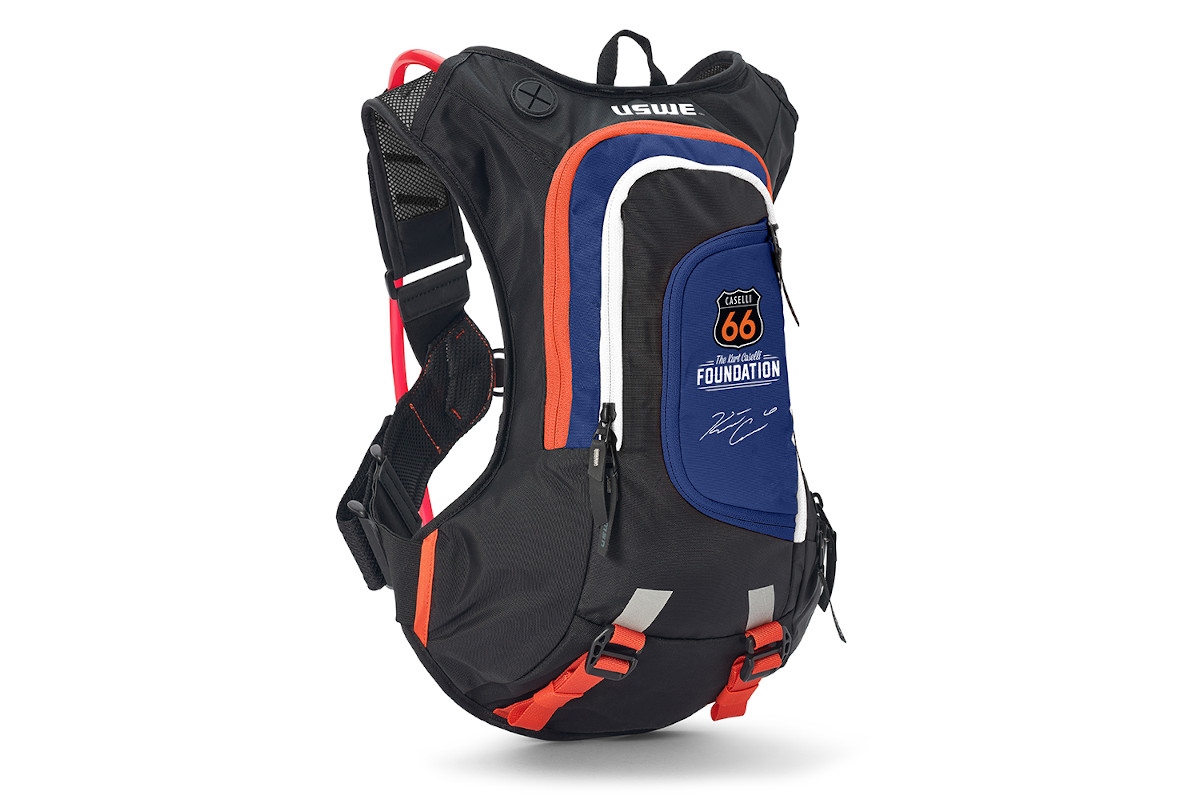 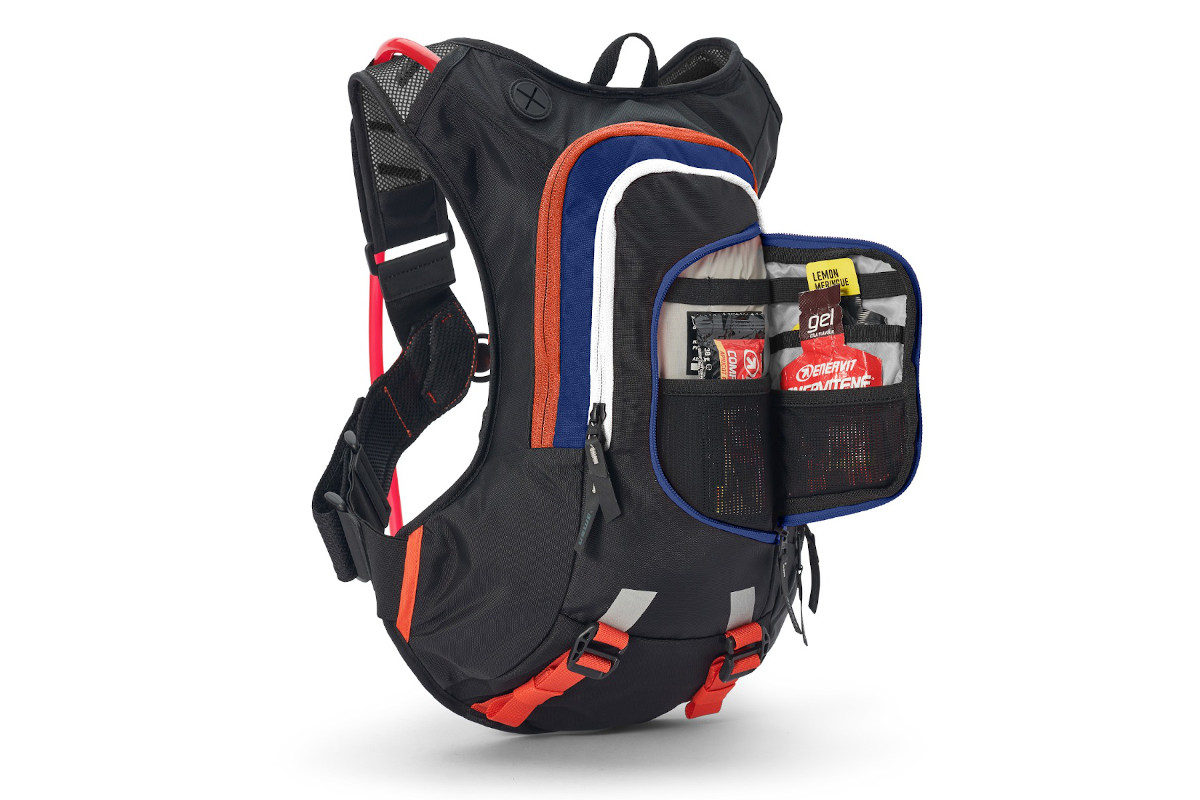 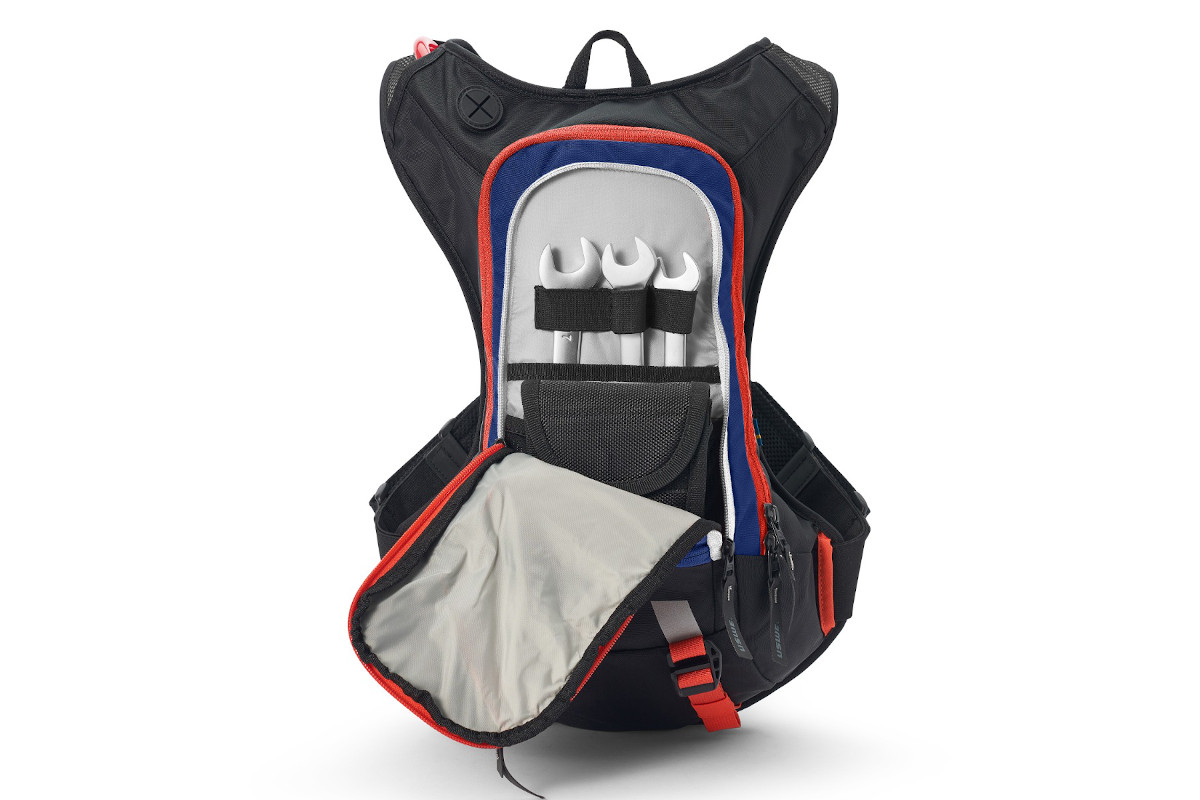 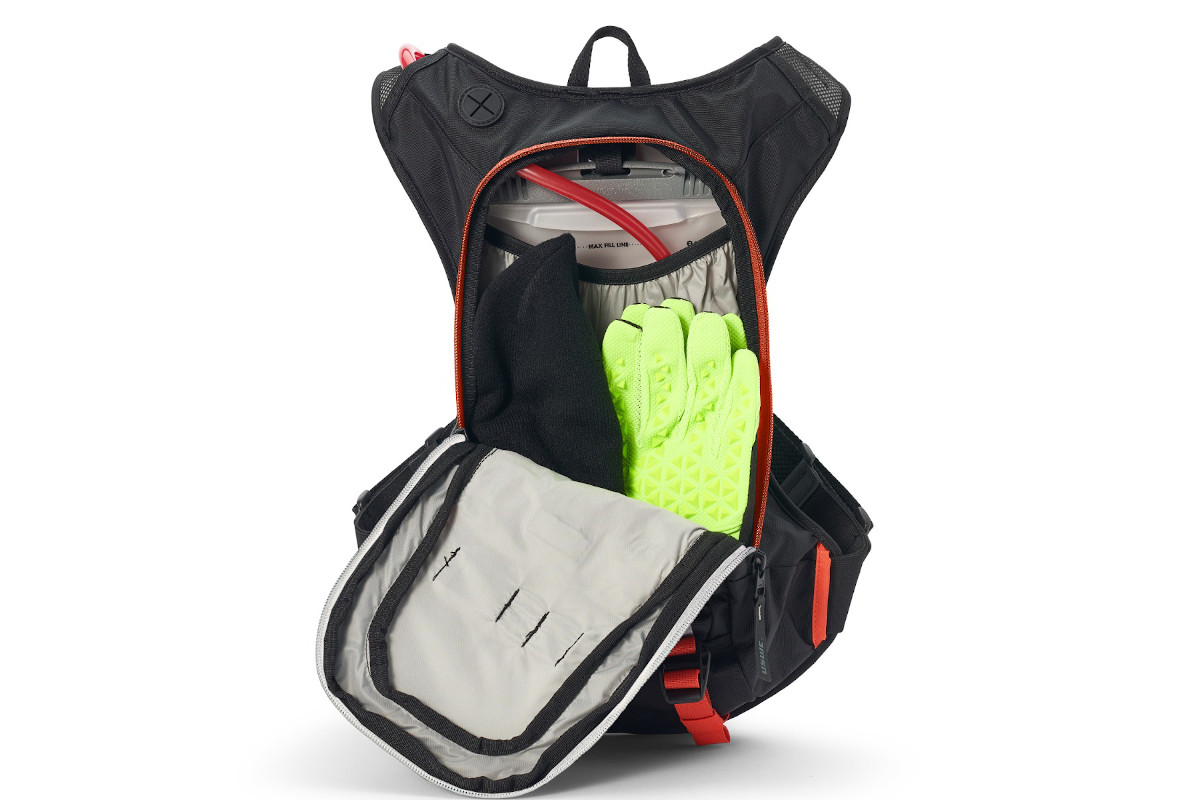 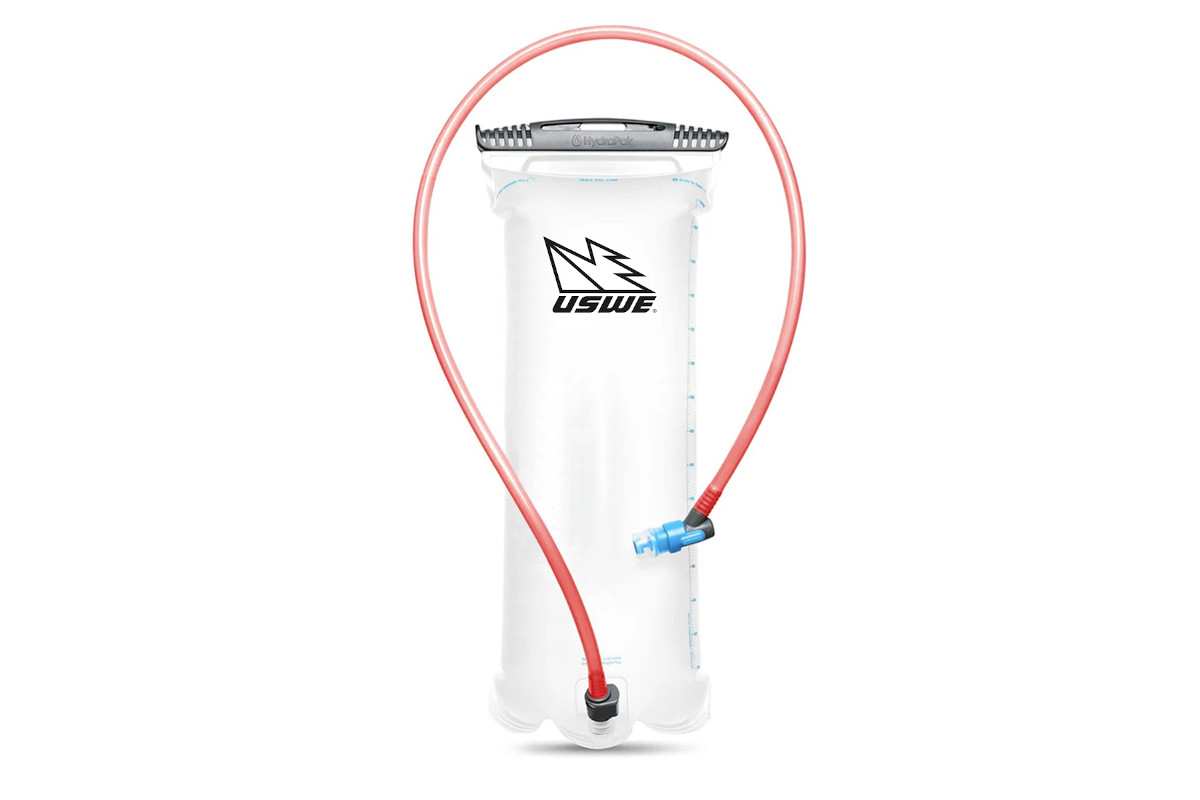 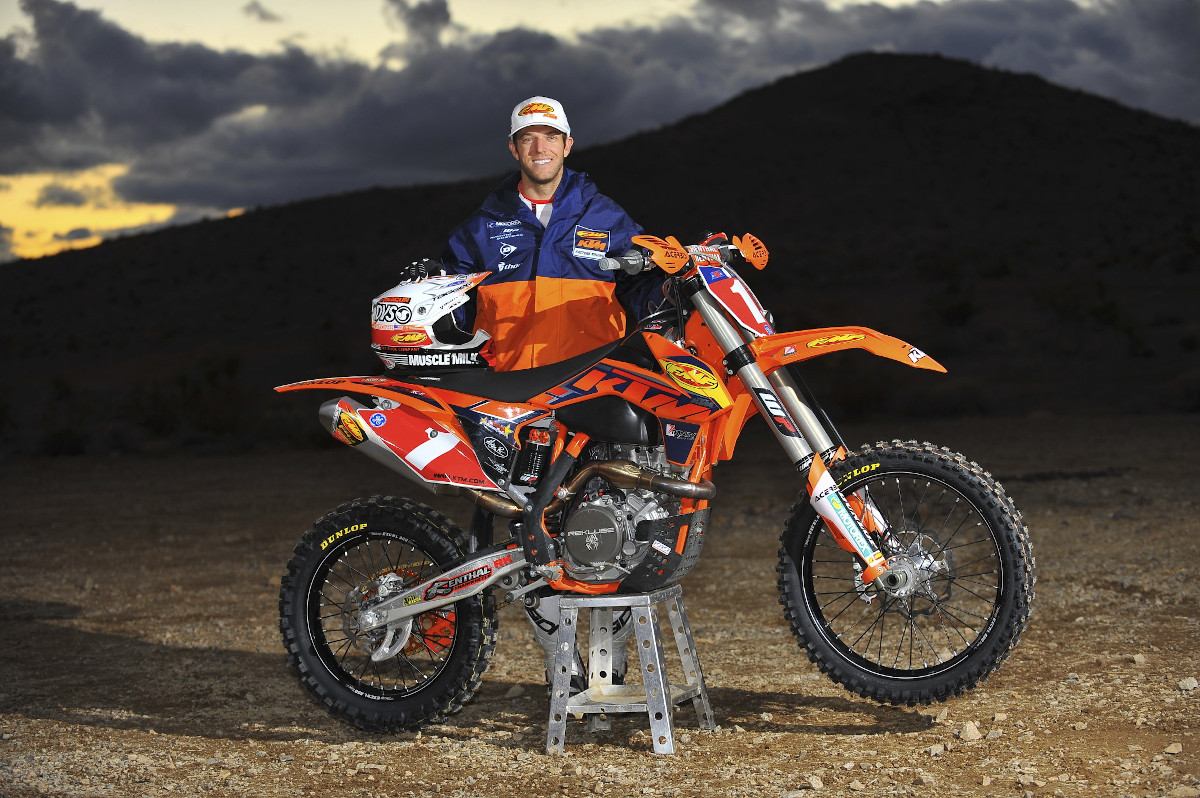 Kurt Caselli was USWE’s first sponsored North American rider back in 2008 and now in their fourth year collaborating with the Kurt Caselli Foundation – whose mission is to protect and support the lives of off-road riders – the Swedish brand has launched the RAW 8 KC66 Edition hydration pack.

During the past four years collaborating with the Kurt Caselli Foundation, USWE has sold all the KC66 Edition bags produced allowing them to donate over $20,000 to the cause.

It’s a special edition of one of their most used products in off-road, the RAW 8 which as its name states has eight litres of carrying capacity, a three-litre hydration bladder and obviously five litres of storage.

The RAW 8 has three compartments, one for the hydration and gear, plus two zippered pockets, one specifically built for carrying tools and spares and the most accessible one to have your food.

You can also strap-on something else, a rain jacket for example, at the two external attachment straps at the bottom.

As usual this USWE backpack has the bounce free ‘No Dancing Monkey’ 1.2 harness system that guarantees your pack won’t move and bounce around as you hit the rough stuff as well as not restricting movement or breathing. 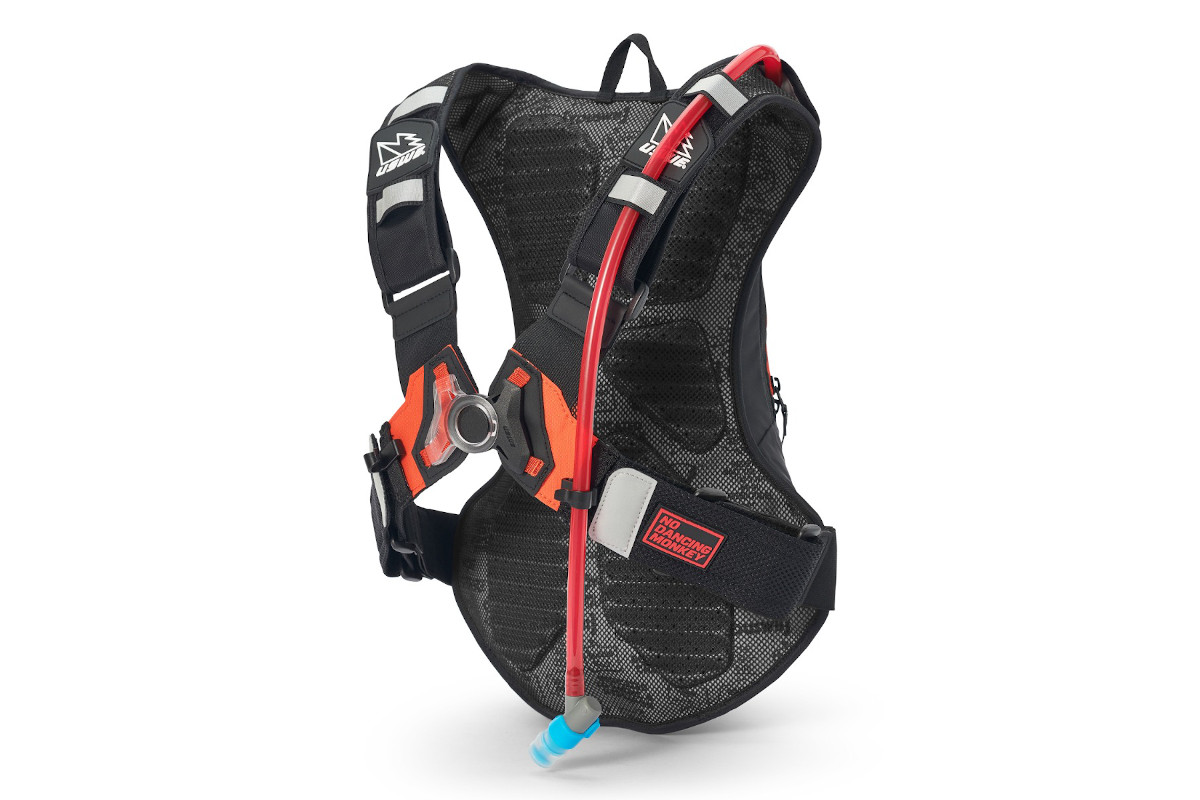 No monkey on your back

What makes USWE backpacks so good? The harness is one of USWE’s strongpoints and is what “puts them ahead of the competition”, at Enduro21 the RAW 8 is our 'go to' riding pack and that harness system is no idle boast.

The secret lies in how the four straps merge into one single closure – like the harnesses in racing car seats – which allows “a tight fit but gives that extra freedom to breathe and move.”