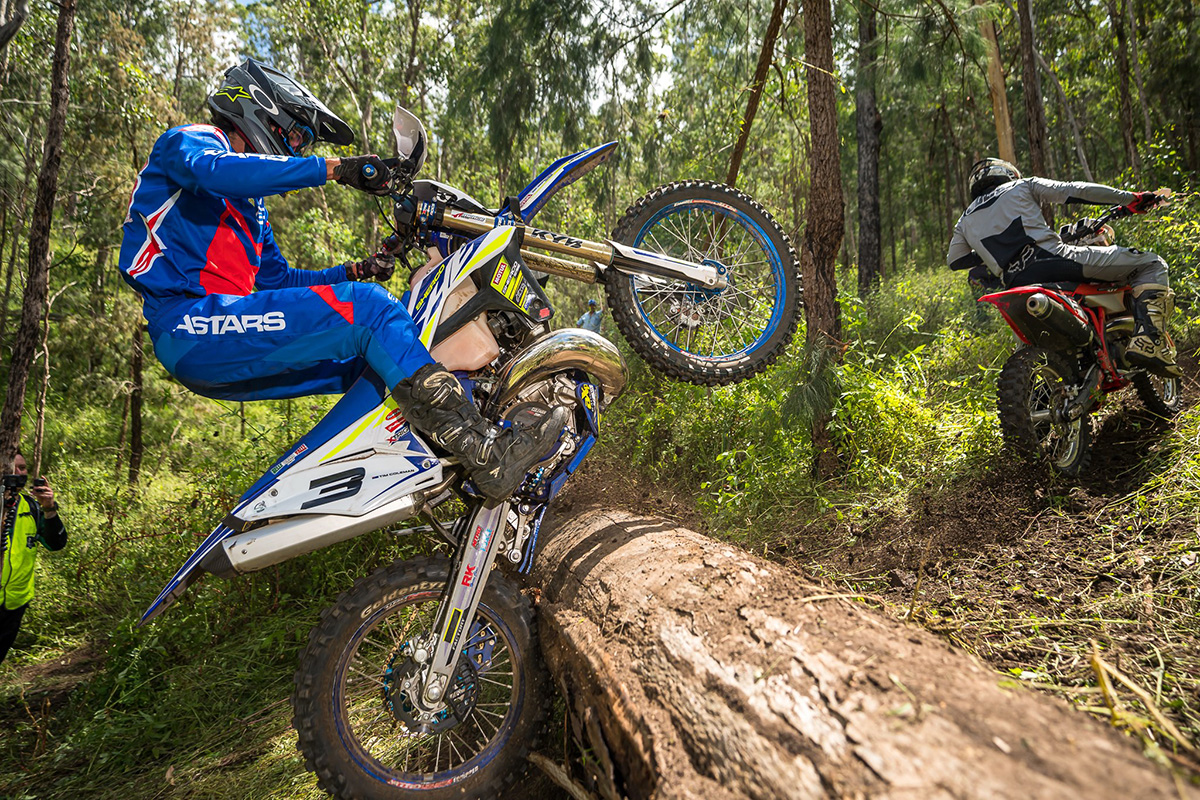 Grassroots Enduro, organisers of the Australian Hard Enduro Championship, have reported the news that Tim Coleman, known to many for his epic enduro skills, videos and schools, required emergency intervention while competing in round one of the 2021 series last weekend.

Tim was cared for at the time by fellow riders and event organisers including Greg Peterson. He was evacuated from the venue by the Westpac Rescue Chopper crew and is subsequently being treated in hospital.

Tim’s family have released a message for everyone concerned:

On behalf of Tim we just wanted to provide a little update for Tim’s friends and followers. We’re sorry we haven’t provided much info yet as to what has occurred as it was still quite unknown and is complex.

The doctors now believe that Tim has most likely suffered a severe episode of heatstroke that has lead to multiple other complications. There are still some unknowns about what has happened or might have lead to this happening.

He is still currently in an induced coma and in a critical condition in ICU being cared for by a fantastic team of specialist doctors and nurses.

We truly appreciate everyone’s messages and calls of concern and sorry if we can’t get back to you all. We are so grateful to have so many people looking out for our boy.

We also want to say the biggest thank you to all the fellow gold riders who stopped and assisted Tim during the race, it would have been scary I’m sure for all and it’s absolutely heart warming how much care and concern his fellow riders showed. ❤️

Greg Peterson could not have done a better job in making sure Tim had the best care he could get as fast as he could get it and we are so thankful to him and the entire Grassroots team.

Enduro21 of course extends the message of hope and very best wishes to Tim and his family for a speedy recovery.