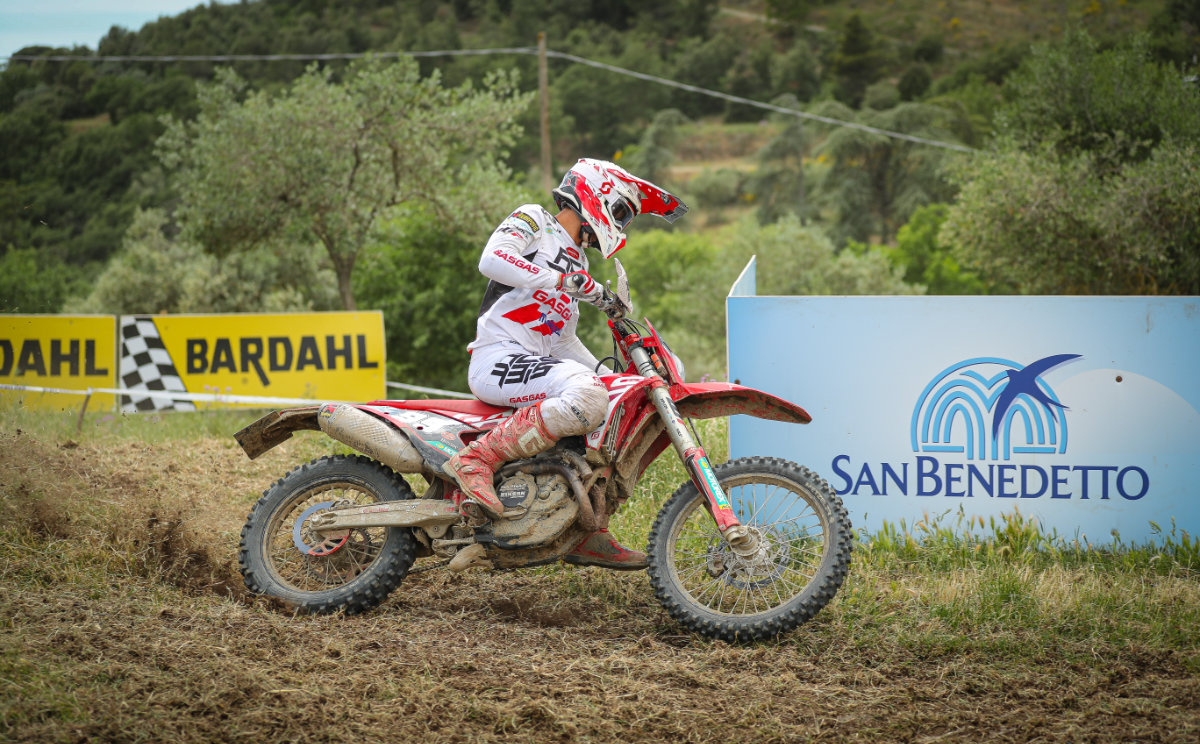 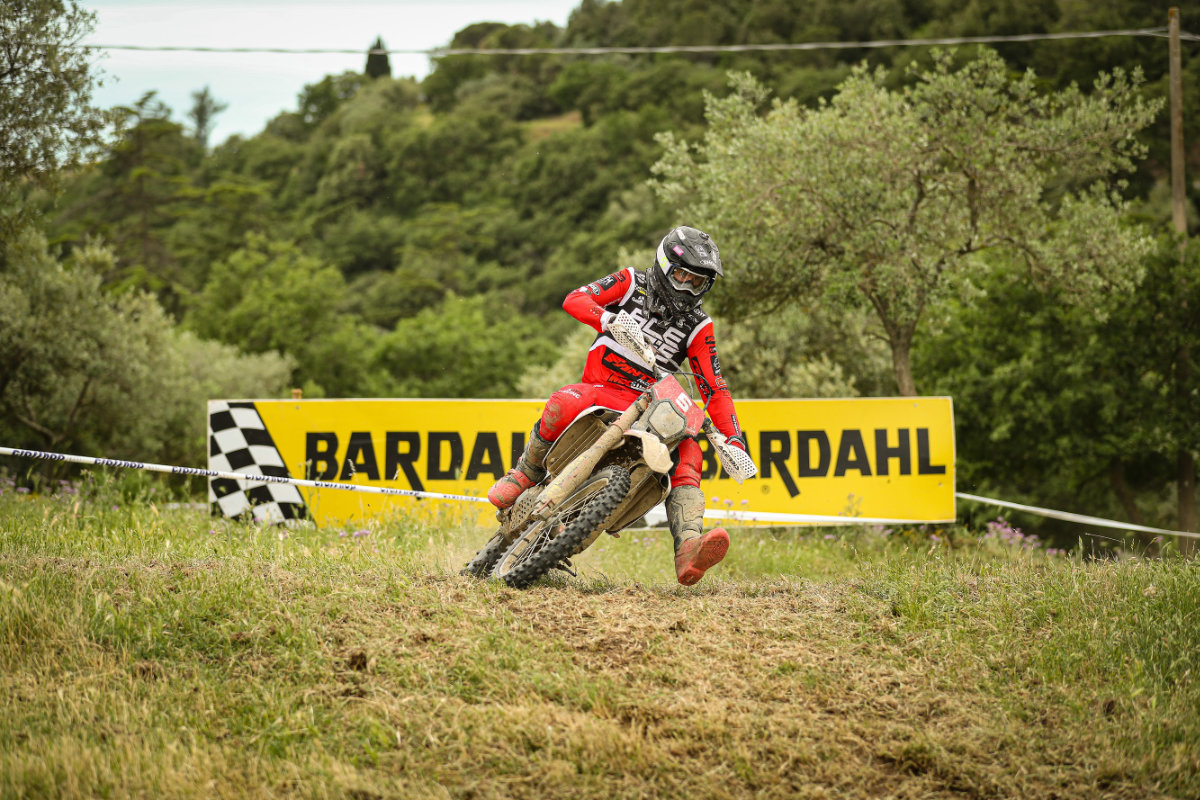 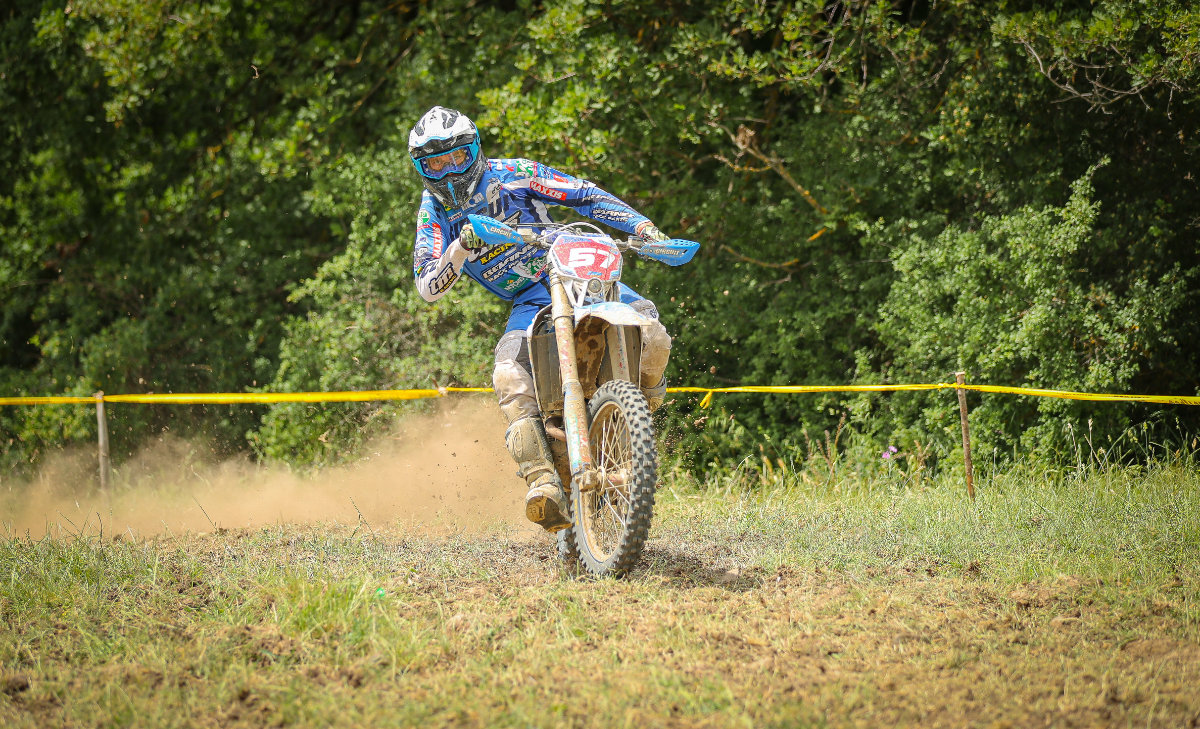 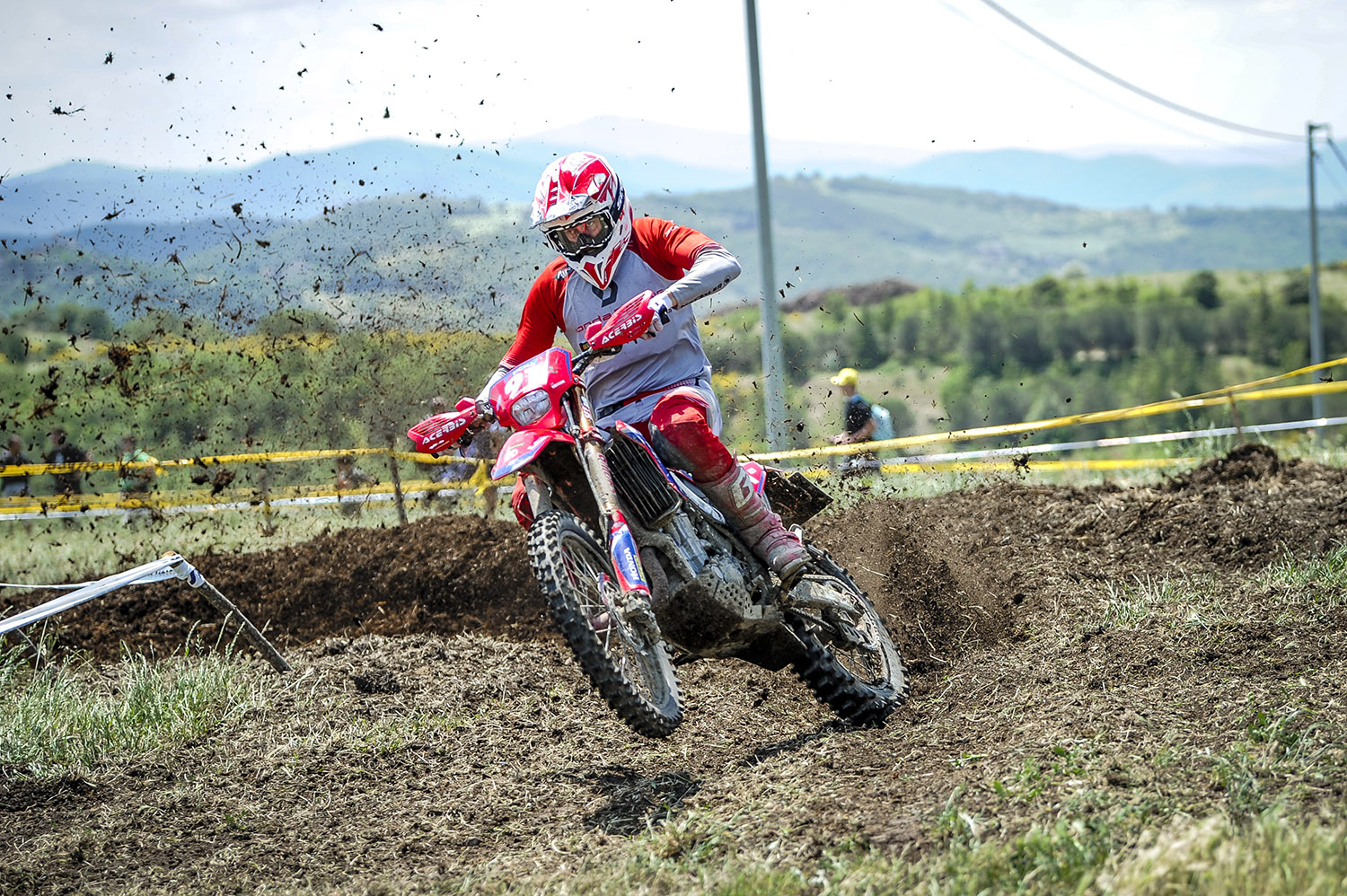 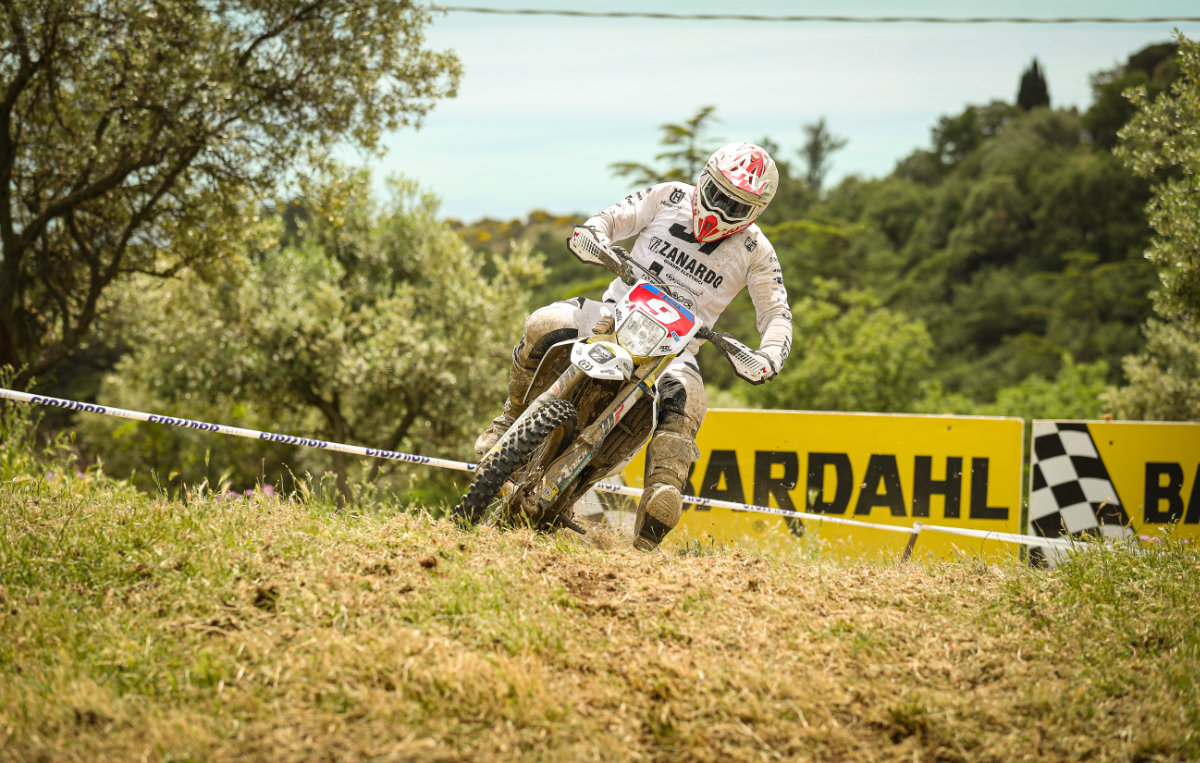 GASGAS Factory Racing’s Andrea Verona put in a near faultless ride at round six of the 2022 Italian Enduro Championship ahead of Daniel Milner scoring his best result of the season and Wil Ruprecht completing the podium.

The sixth round of the Italian Enduro race was even more of a pre-cursor to the EnduroGP series than usual as the World Championship visits Italy for its next round in June. Italian enduro legend Mario Rinaldi was in charge of the special tests at round six in Passignano and, after rain fell on Saturday, the riding conditions were widely praised.

The tests spread out from the paddock located on the shore of Lake Trasimeno with the first special being a natural Extreme test of about 2.5km. That was followed by a 6km Enduro Test with mixed, stony and hard terrain plus a very fast Cross Test of over 3km.

Andrea Verona took a near perfect score across those tests, leading from the first and dropping just one test win across the day to finish over 17 seconds to the good.

The only other rider to take a test win all day was Daniel Milner who switched it around to race the Fantic D'arpa Racing 250 this weekend. It seemed to work as the Australian pushed until the last special to claim second overall, his best result in the Italian domestic series. Third on the day went to current EnduroGP World Championship leader, TM’s Wil Ruprecht in a close battle with Milner and Nathan Watson.

With the absence of former runaway points leader Hamish Macdonald due to injury, Verona now takes over the Assoluti championship points lead on 94 points. Macdonald remains second on 85 points and Watson third overall on 76 points. 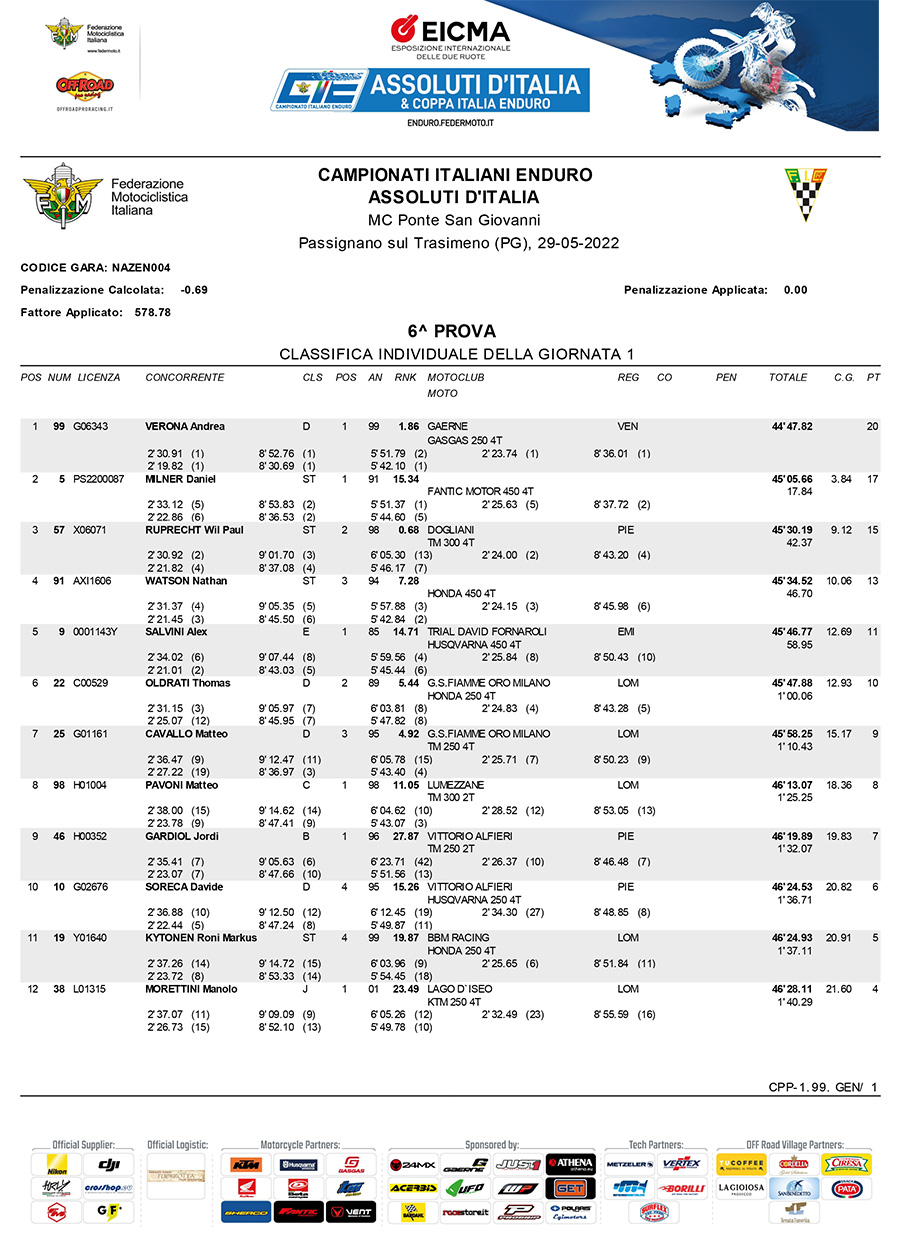 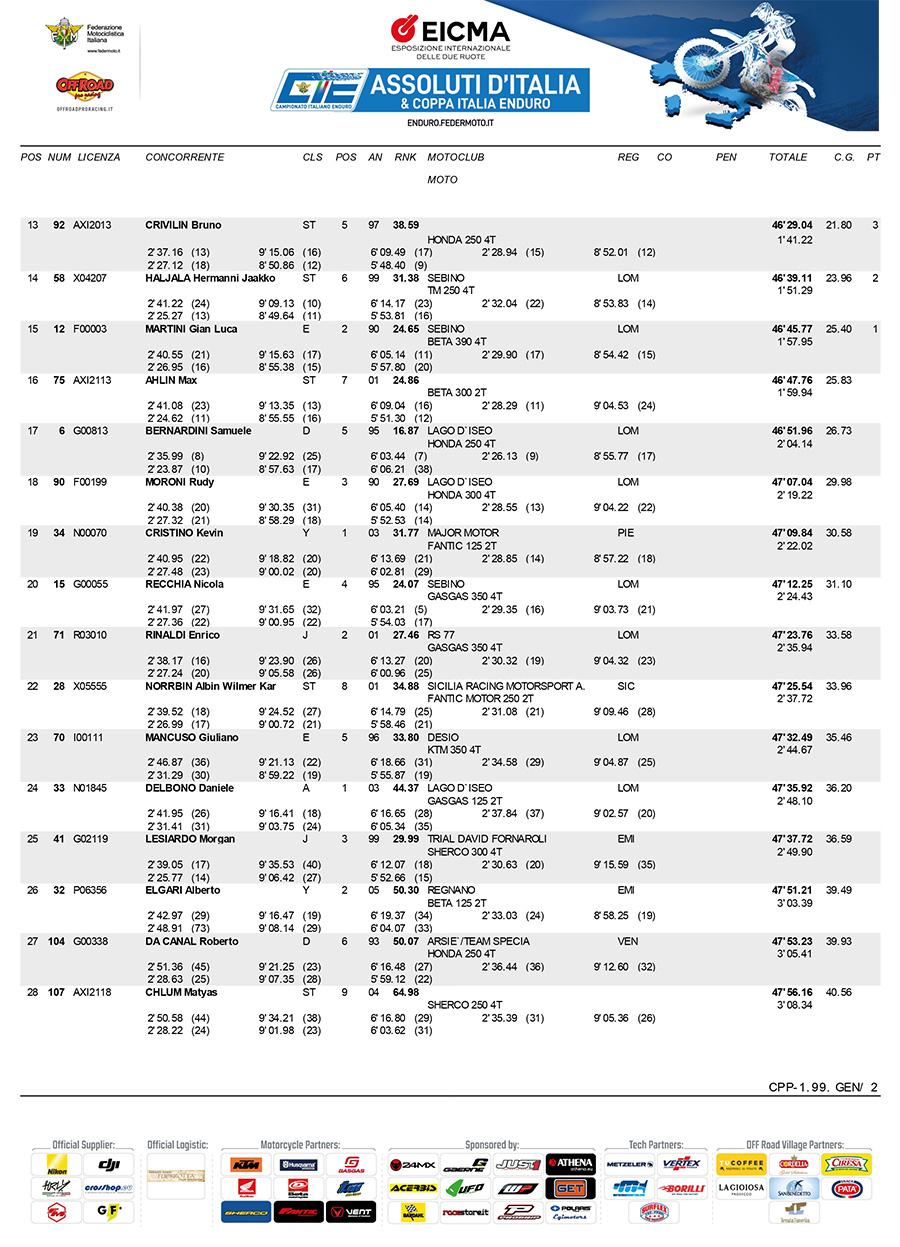 The Italian series is split in to many classes including a “foreigners” class which Milner won ahead of Ruprecht and Watson third.

250 4T class was naturally Verona’s all the way ahead of Thomas Oldrati over a minute behind and with Matteo Cavallo third. The 450 Class saw Alex Salvini again on the top step of the podium, finishing fifth overall as well.

Daniele Delbono took a babay GASGAS to a winning margin of 47.17 seconds over the championship leader Deny Philippaerts in the 125 class. Manolo Morettini won the Juniors and Kevin Cristino took Youth class honours.

Jordi Gardiol took his TM to a sixth 250 2T class win while the 300 2T was won by his teammate Matteo Pavoni who also takes the lead in the championship after Davide Guarneri crashed out on the Fantic Factory E50 Racing machine.

Davide was taken to hospital after what by most accounts was a big one in the second cross test (causing it to be cancelled while the medics dealt with him at the scene). He was treated for an injury to his head and a possible fracture to the C7 vertebrae. At time of writing Davide is out of hospital but deos not look likely to race the next EnduroGP round in Italy.