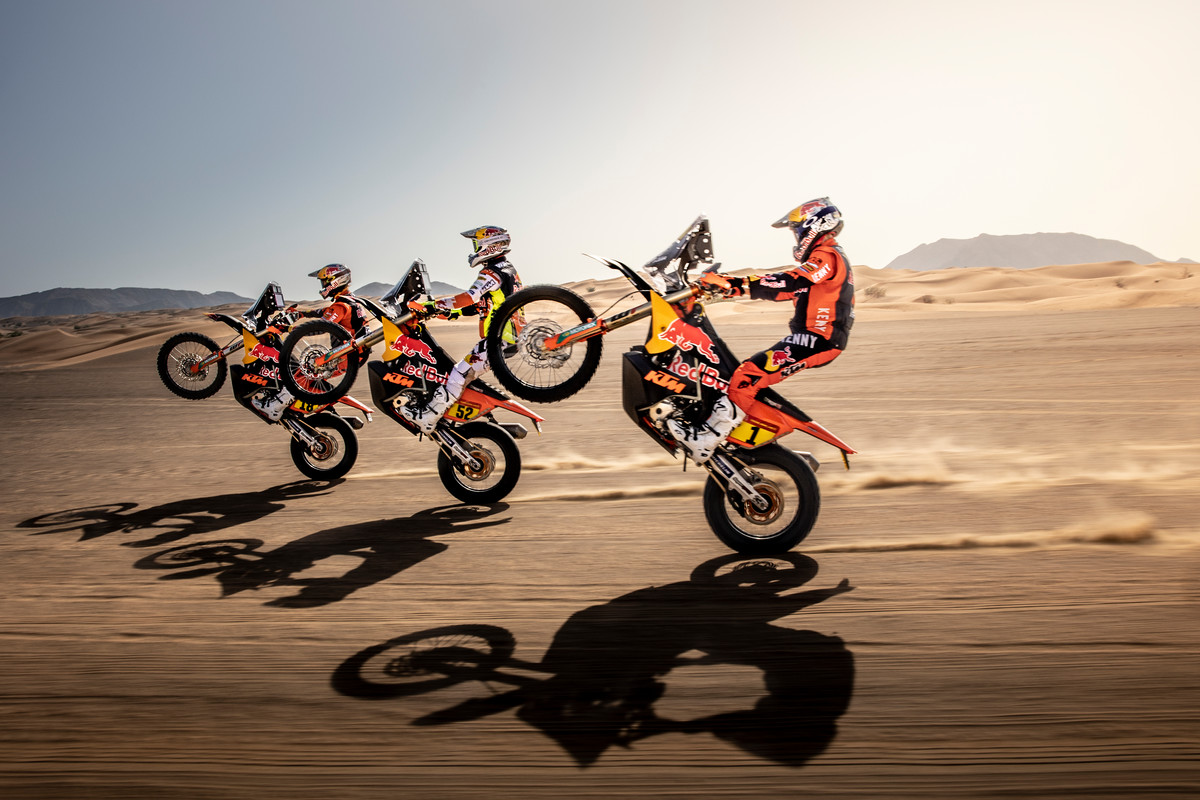 The FIM has announced Amaury Sport Organisation, better known as A.S.O, will become the promoter of the renamed FIM World Rally-Raid Championship as of 2022 – Dakar Rally will become the opening event in the four-round, 2022 season.

The long-standing organisation behind the Dakar Rally (and the Tour de France amongst other headline events) A.S.O have taken over promotion of former Cross-Country Rallies World Championship for an initial five-year term, bringing an official promoter to the series for the first time since its inception in 2003.

In case you don't know, A.S.O is a subsidiary of the Amaury Group, a media and sport organisation that owns the French newspaper L’Equipe. They organise international ‘non-stadia’ sporting events across 250 days of competition each year they say, spread over 90 events in 25 countries.

Dakar Rally round 1 of the new rally-raid world championship

The most notable and immediate change on the cards (aside from a change of name) is to include the Dakar Rally as a round of the World Rally-Raid Championship.

The Dakar rally has naturally long been held as the big one and an event around which the rally world focuses. But many teams and riders choose not to take the world championship seriously by competing the whole series and while it will no doubt remain the case for some, having the Dakar as part of the series and pulling it under the ASO umbrella, will potentially bring more focus to world championship.

The championship will include categories for Rally GP, Rally 2, Rally 3, Junior, Women, Veteran Trophies and Quads. It is expected the four-round series for next year will grow in 2023 to include more rounds.

Speaking about this important partnership Jorge Viegas, FIM President said: “After many years of discussion I am very proud to announce that A.S.O. will today become the promoter of the FIM World Rally-Raid Championship and that the Dakar will be part of the 2022 calendar for the very first time.

“It is an important milestone for the FIM to welcome such a prestigious event and promoter into the FIM family. A.S.O will take the FIM World Rally-Raid Championship to the next level where it deserves to be. Rendez-vous Sunday!”

The FIM say they will work with A.S.O to “unify their sporting and technical regulations in order to provide a new level of consistency for competitors across all events whilst respecting its environmental strategy to support climate action, technology and innovation, improve safety and sustainable practices.”

Yann Le Moenner, CEO of A.S.O. concluded: “We are particularly happy to join the FIM World Rally-Raid Championship with the Dakar which will kick off the 2022 season next January.

“This Championship represents a great opportunity to develop the discipline, to harmonize the rules and to increase its media coverage. It is also the right time to work together to meet the challenge of the energy transition and further improve the safety of pilots.”