While Ricky Brabec was claiming victory in the Mexican Sonora Rally on the other side of the Atlantic, Joan Barreda was successfully claiming the Andalucía Rally 2021 making it a successful end to the week for the Monster Energy Honda Team.

“It was a difficult last stage, opening the track from the beginning. It has not been easy at all: we have gone through some sections with the track very broken, which we had already gone through in previous days,” said Barreda. “You had to keep calm and keep up a high pace, because we knew they were pushing hard from behind. In the end, I felt quite good and we were able to maintain this rhythm until the finish line, having a very good stage that allowed us to win this rally.” 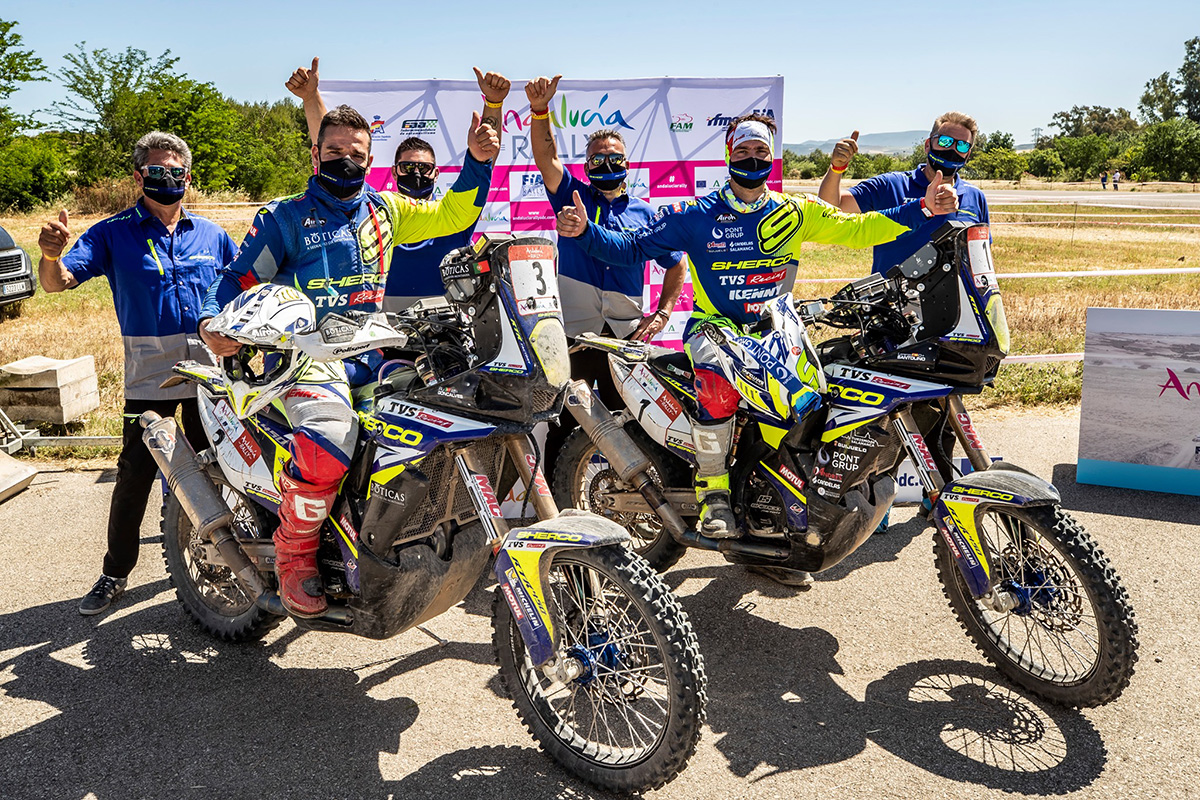 After crashing and hurting his shoulder the week before while preparing for the race, in the end it was not a bad result for the Sherco Factory Racing rider.

Pablo Quintanilla finished his debut race with the Monster Energy Honda team with a victory in the last stage and a third place on the podium, cementing the Chilean’s quick adaptation to his CRF 450 Rally bike.

The Hero MotoSports riders had a few issues along the way including engine change but were consistent in their top five stage finishes which meant Joaquim Rodrigues and Franco Caimi completed the top five. 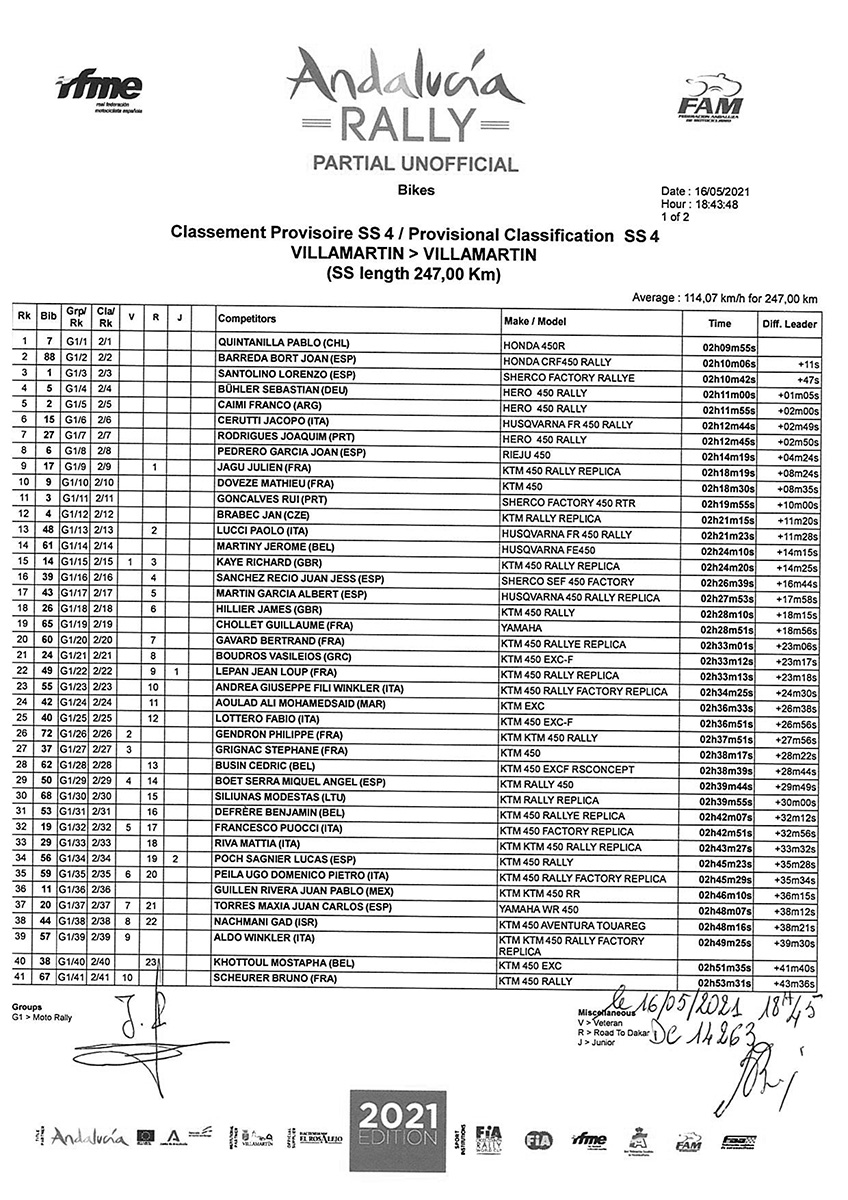 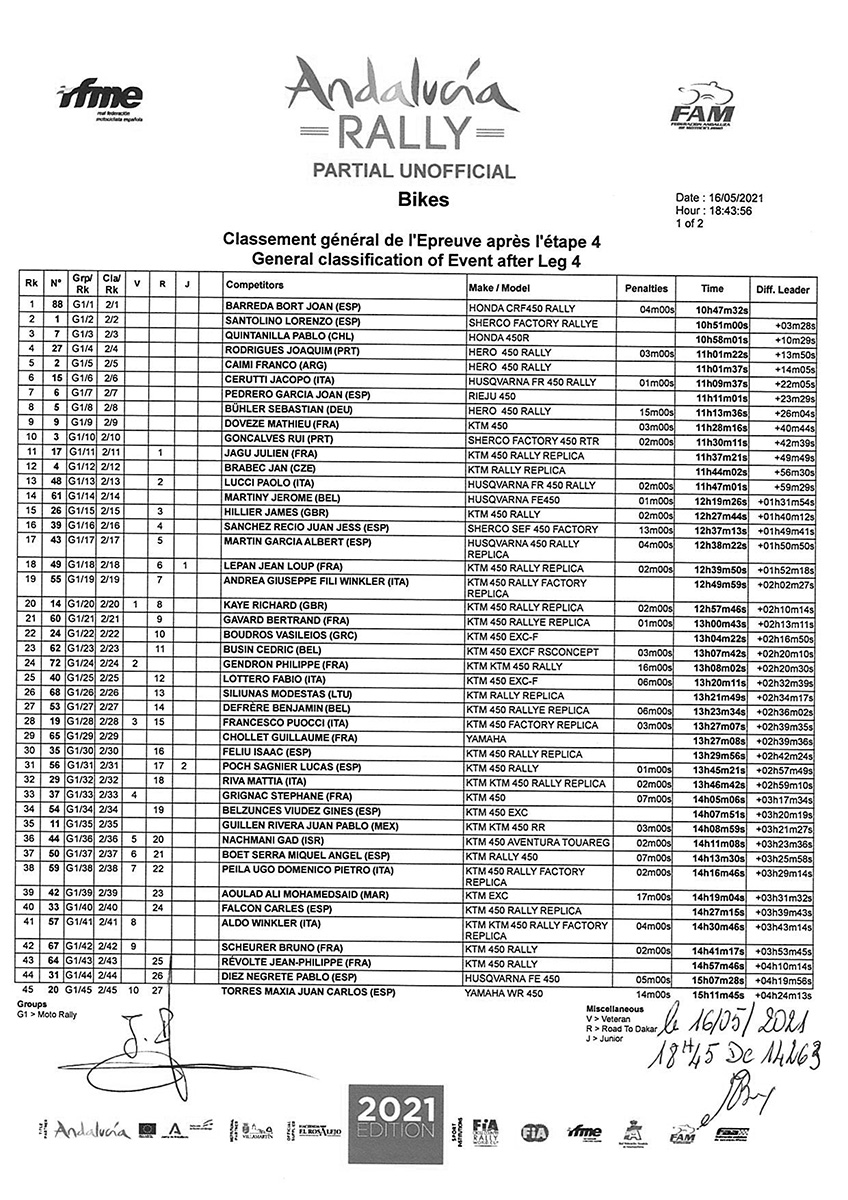