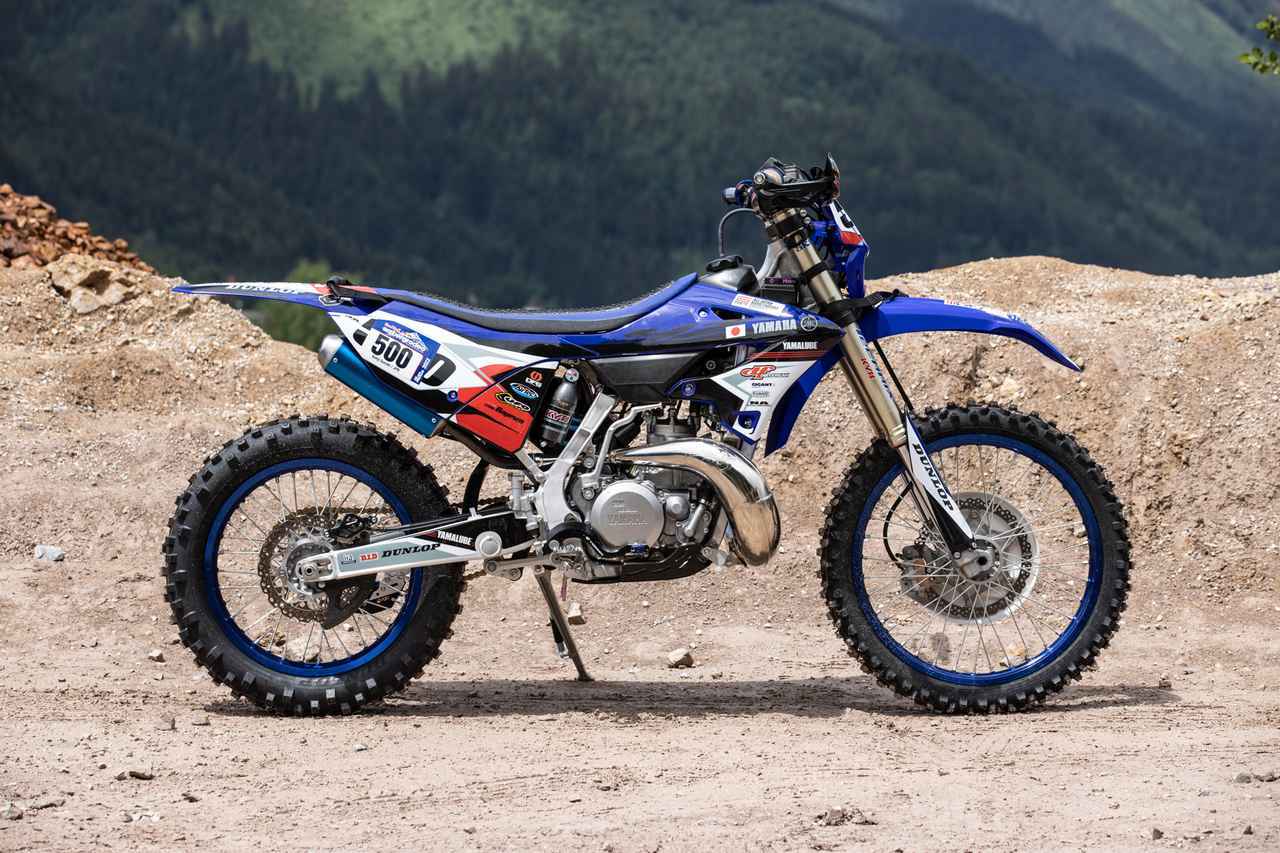 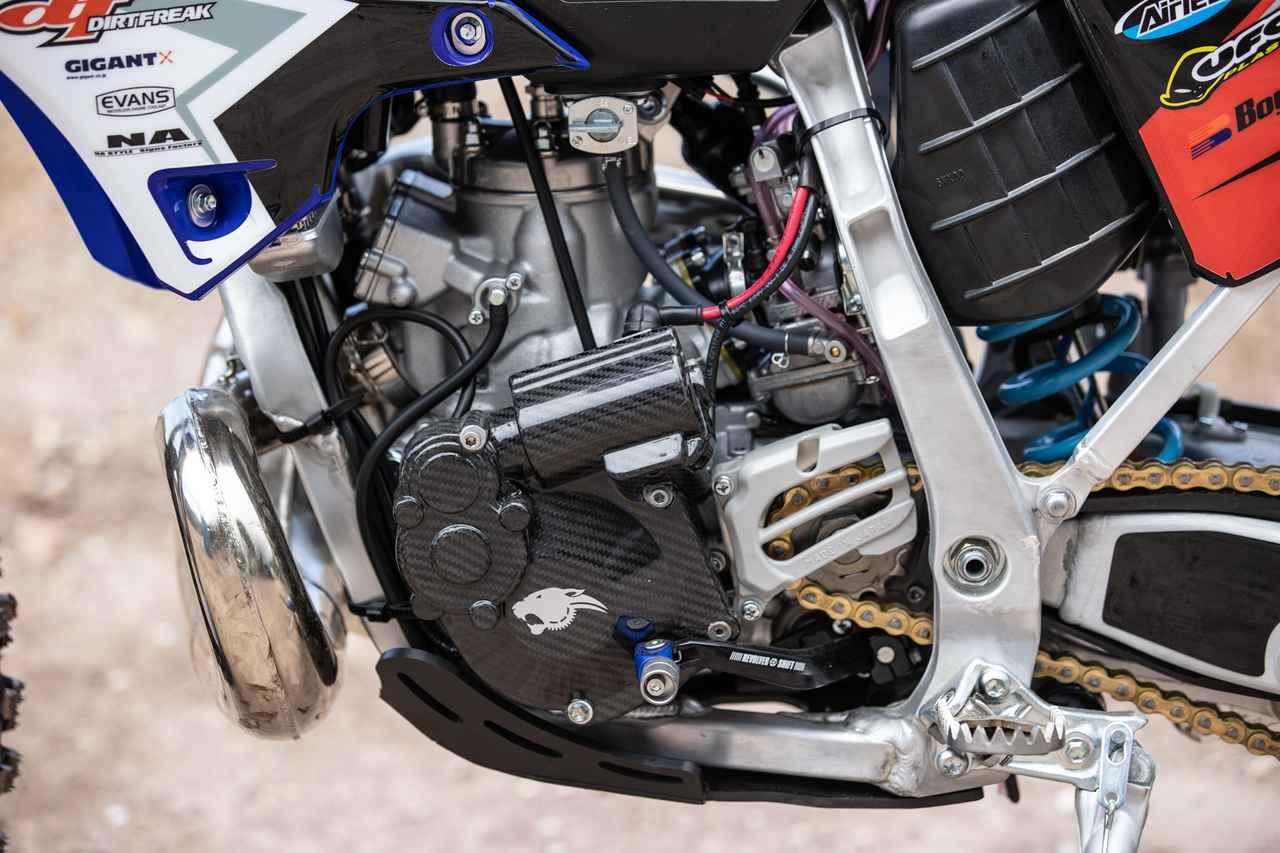 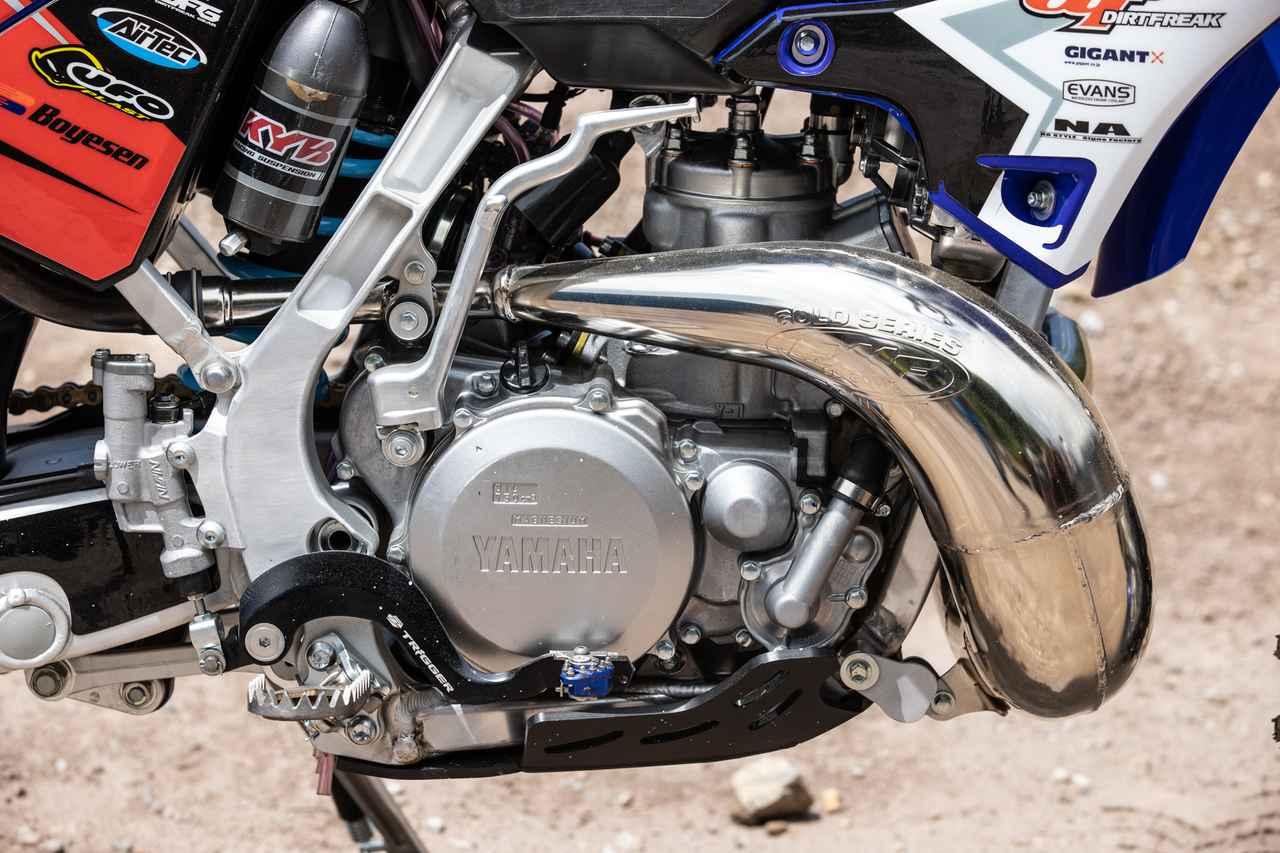 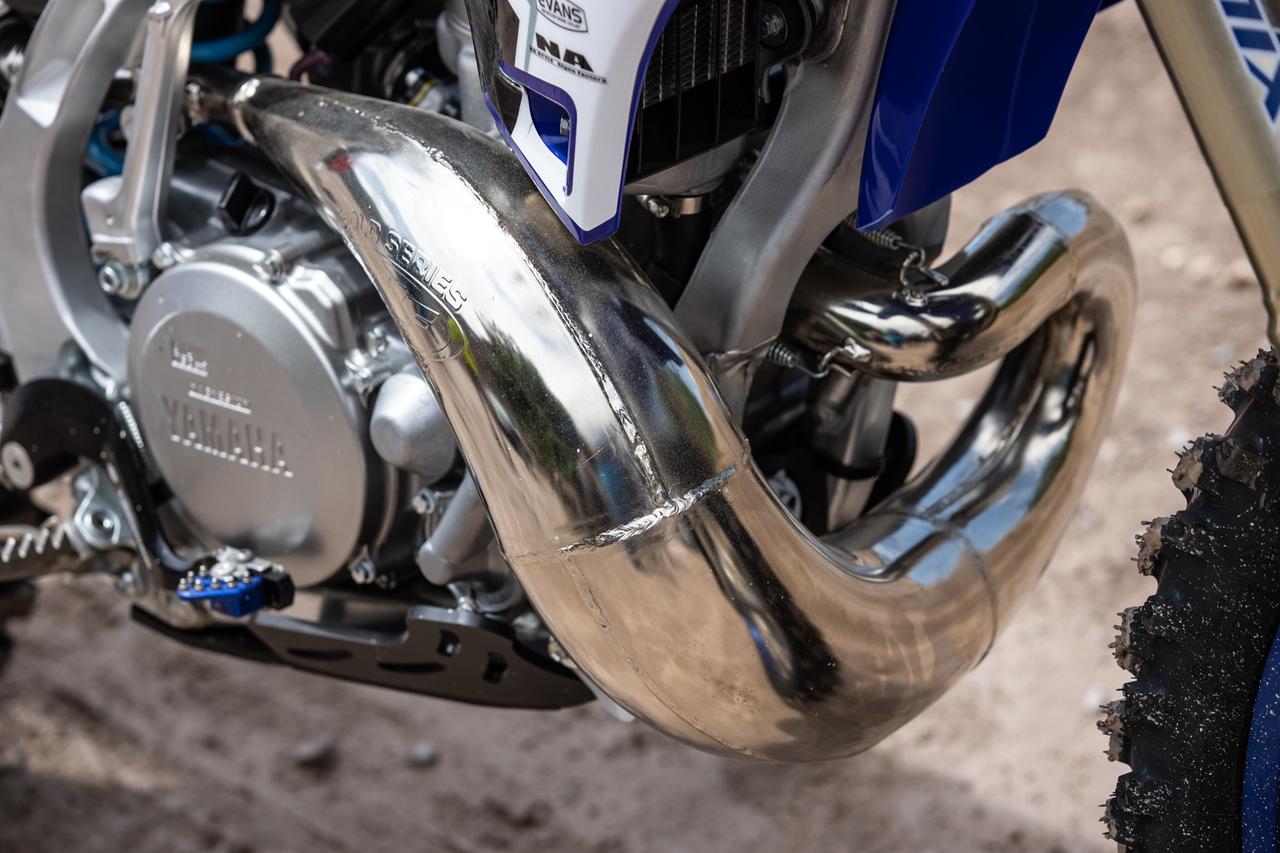 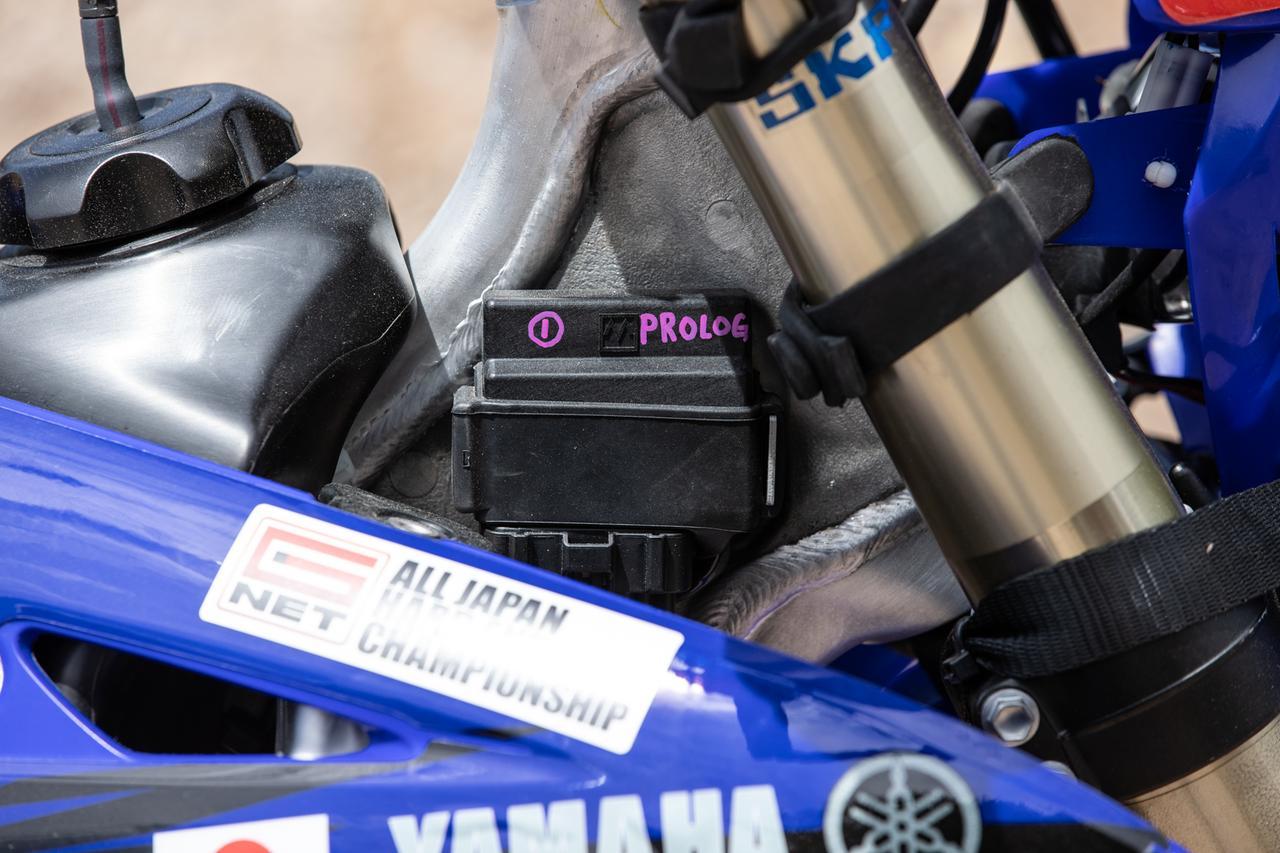 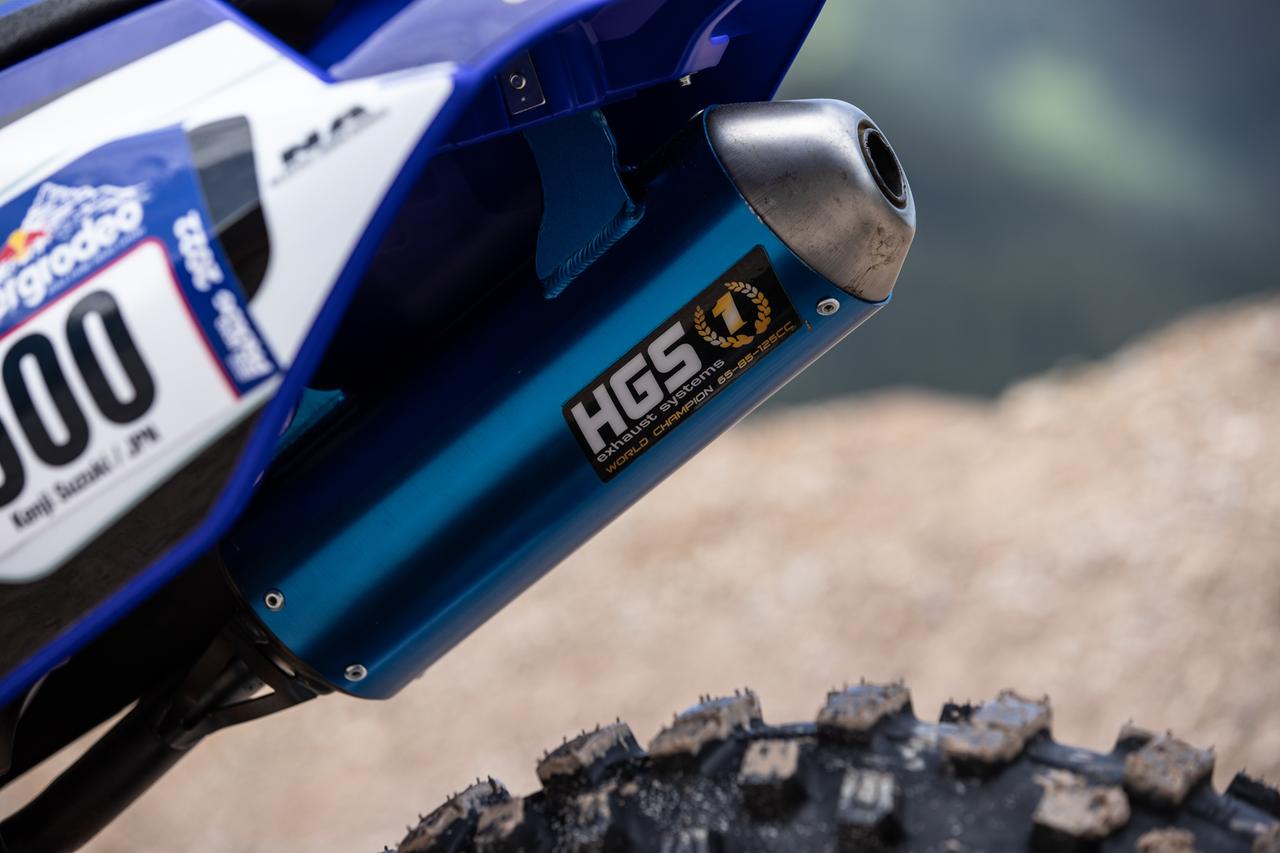 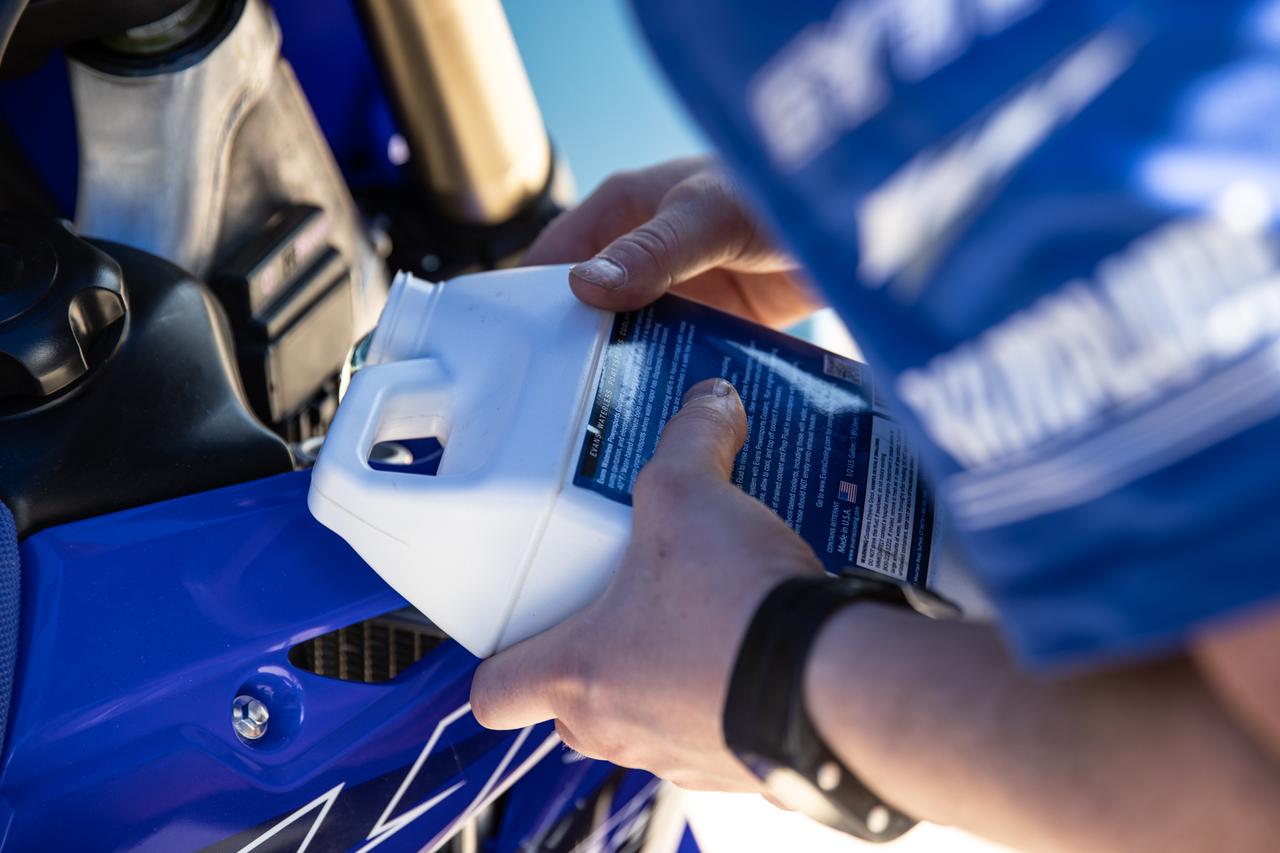 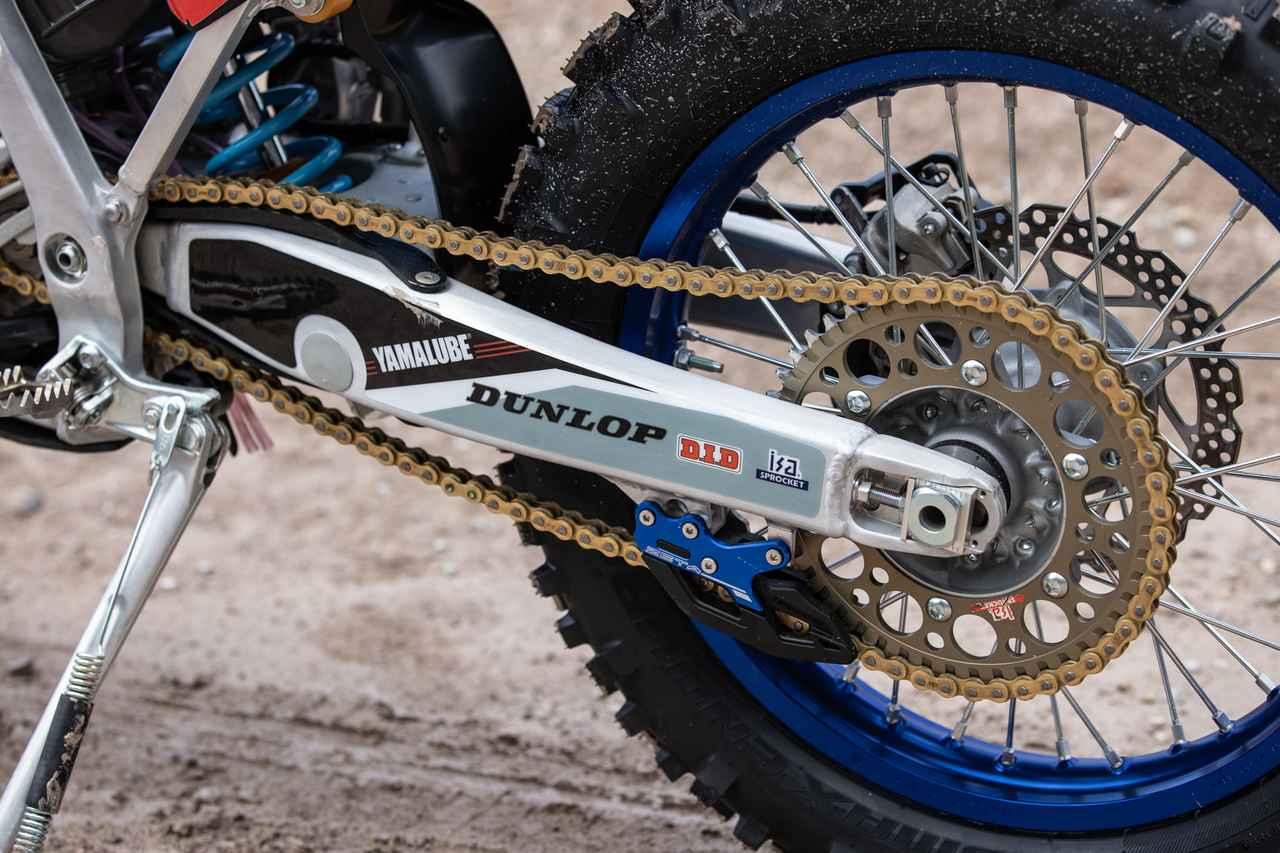 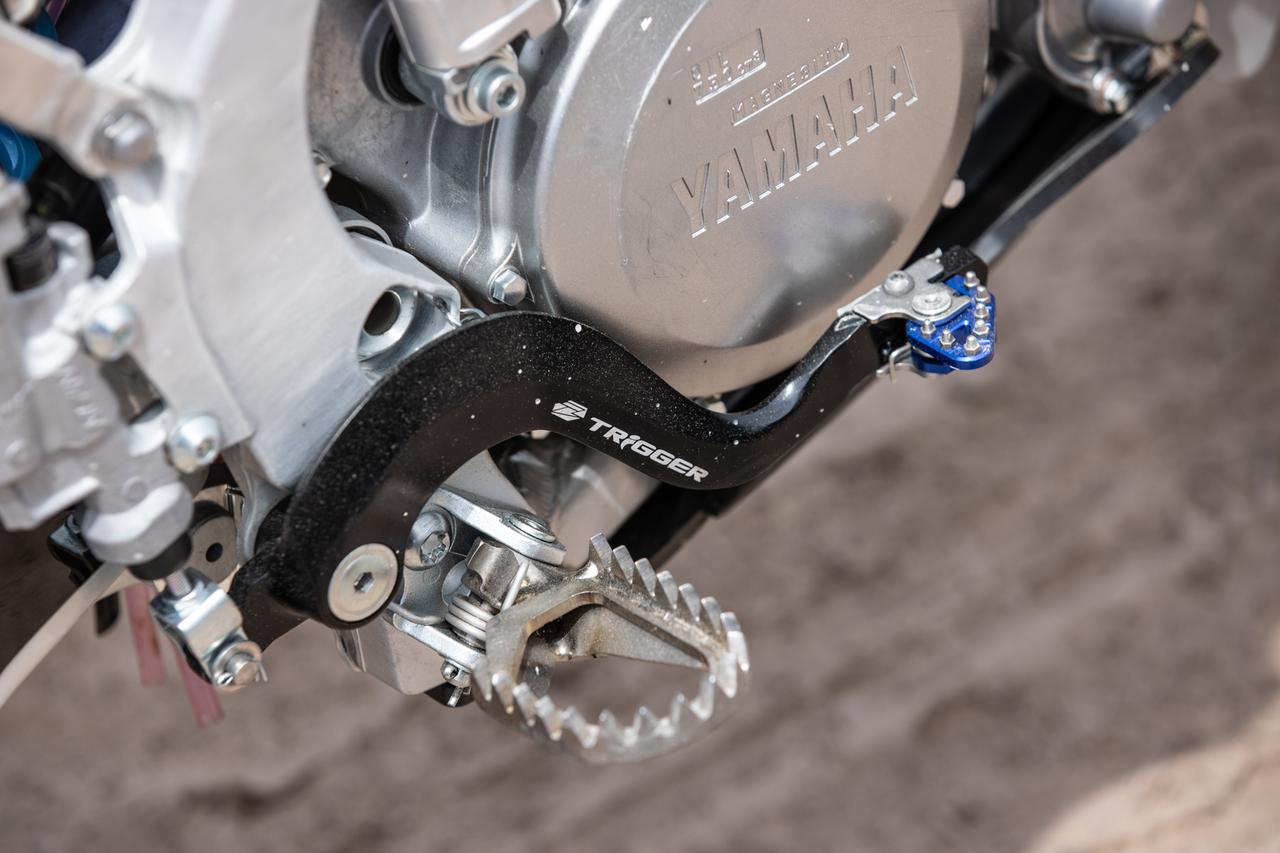 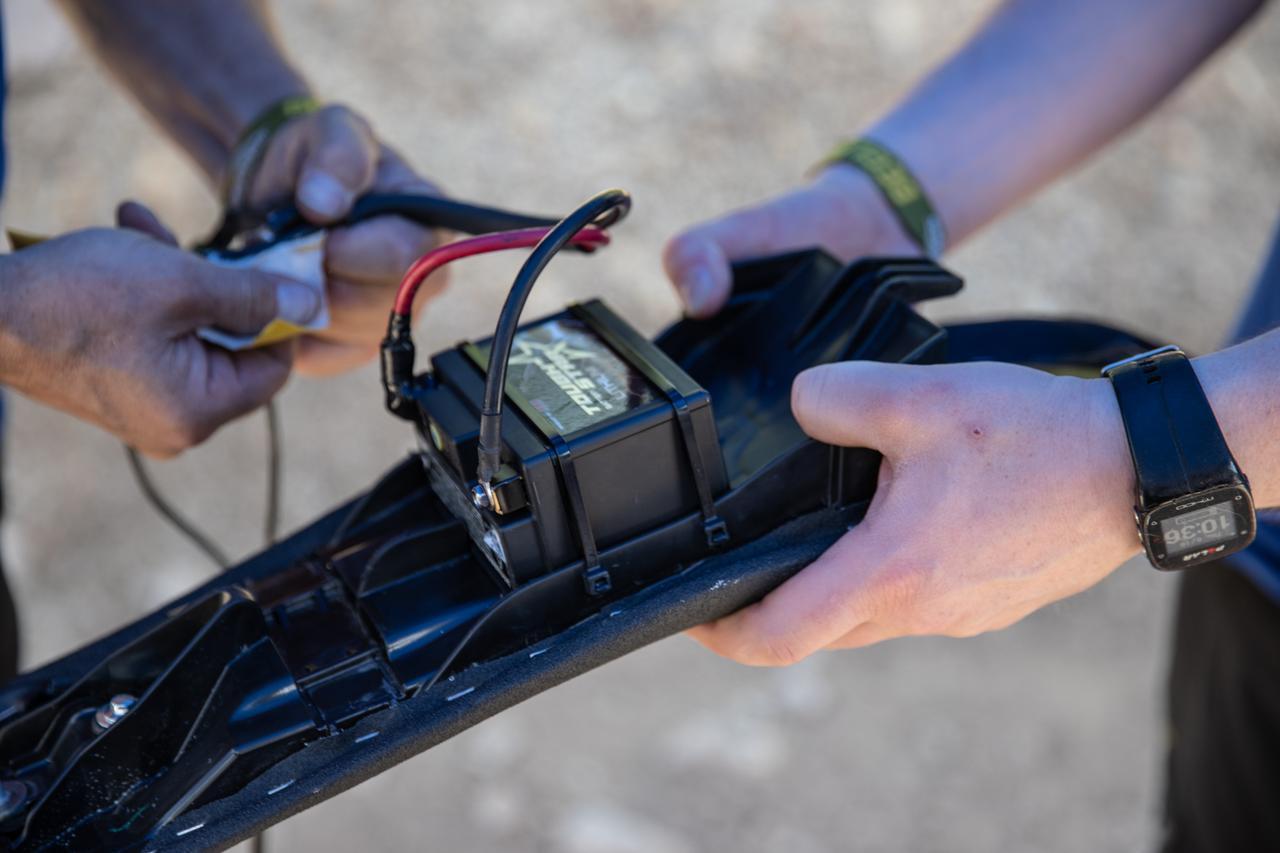 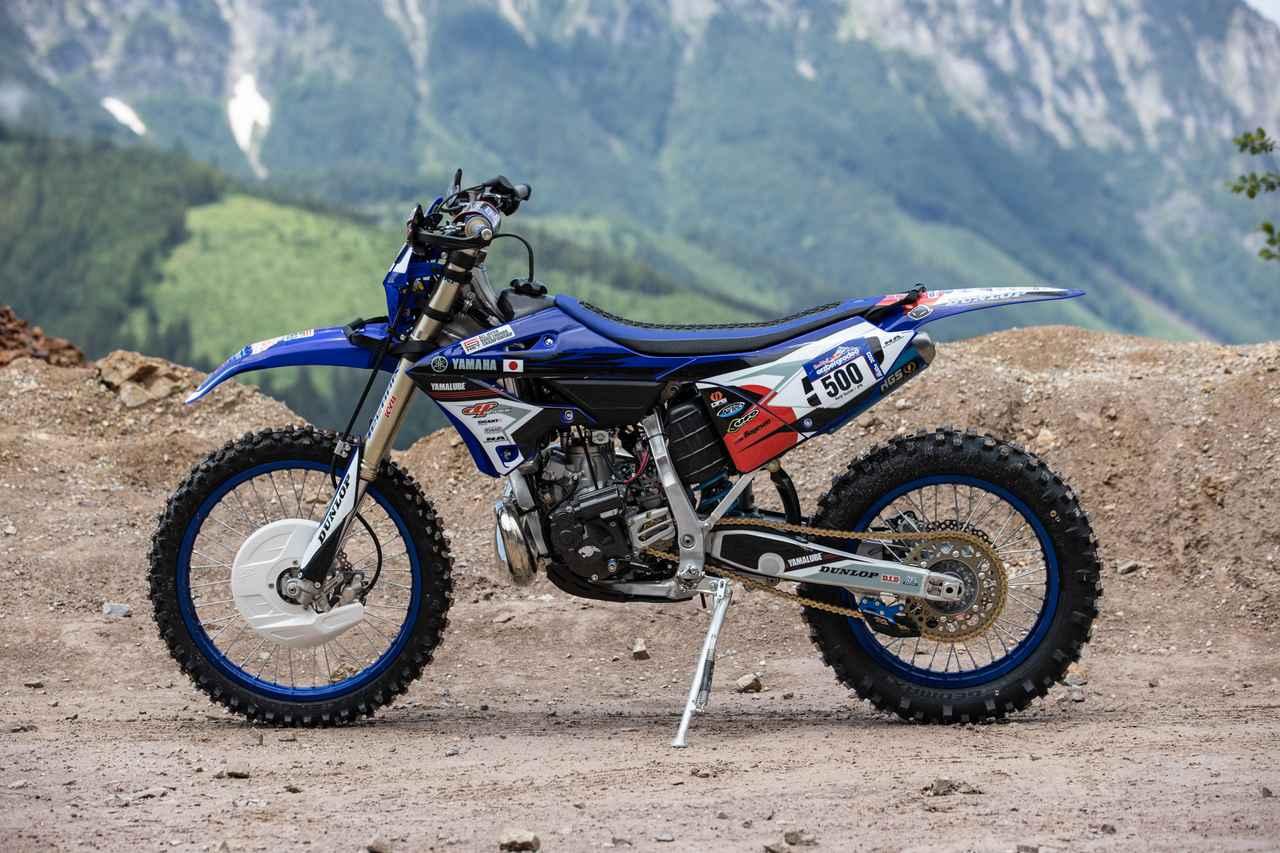 This might just be the sauciest race bike in the 2022 Erzbergrodeo. Certainly it was the only Yamaha apart from Pol Tarres’ Tenere 700 but it wasn’t just any old YZ250X, this is pure hot sauce straight from the factory in Japan.

Unless you were hanging about halfway down the Erzberg entry list, it’d be easy to have missed this gem. How often do you see Yamahas at any extreme enduro, let alone find one lining up to face the biggest of them all and the Iron Giant mountain?

The rider, Kenji Suzuki, works for Yamaha R&D rider developing the YZ and WR model ranges and has some pedigree. He is a former Yamaha Factory Motocross Team rider, a former Japanese Enduro (JEC) champion and a member of Japan’s ISDE Trophy team in 2006, 2007 and 2017.

Kenji is about to hang up his boots he says but wanted to race Erzberg to tick it off his bucket list, one last big race, and what away to go out! And here at Enduro21 we’re pretty pleased to he came over to Europe and that Yamaha took the opportunity to throw some time and effort behind Kenji’s entry at the iconic event.

This special YZ250X is hand-built for the race by Yamaha’s development team with “a lot of passion for the challenge”. It’s a one-off and a rare treat to see a Japanese factory anywhere near hard enduro.

For the record, Kenji nailed the prologue in 101st place, narrowly putting him on the third row for the main event. Unfortunately, he was forced retire from the race due to brake trouble but took the YZ250X to an official 227th finishing position.

Aside from Pol Tarres on the Tenere 700, he was the only Yamaha in the Hare Scramble but the experience gained on the Iron Mountain is part of the future development for the YZ and WR enduro models.

The Yamaha engine and displacement are the same as the original YZ250, surprisingly without any changes to the cylinder head and as we understand it, also not the flywheel. The ECU though is full factory effort and “specially designed” for Erzberg. Suzuki had two options, changeable via a map switch on the bars. Options one was full power for the prologue and a softer option for the Hare Scramble.

Radiators are standard and there’s no additional rad braces, but they’ve opted for Evans Waterless Coolant and a cooling fan. Evans coolant helps the engine run cooler and aims to increase engine performance.

The flight case must have been a big one because they also took two options for the exhaust system all the way from Japan to Austria. They bolted on an FMF Fatty for prologue which they say gained them10kmh compared to the original, stock expansion chamber.

They then switched to a HGS one for final race along with the HGS silencer (quite a short one we noted – conventionally YZ owners go for a longer end can). The HGS parts delivered “abundant low-speed torque”. 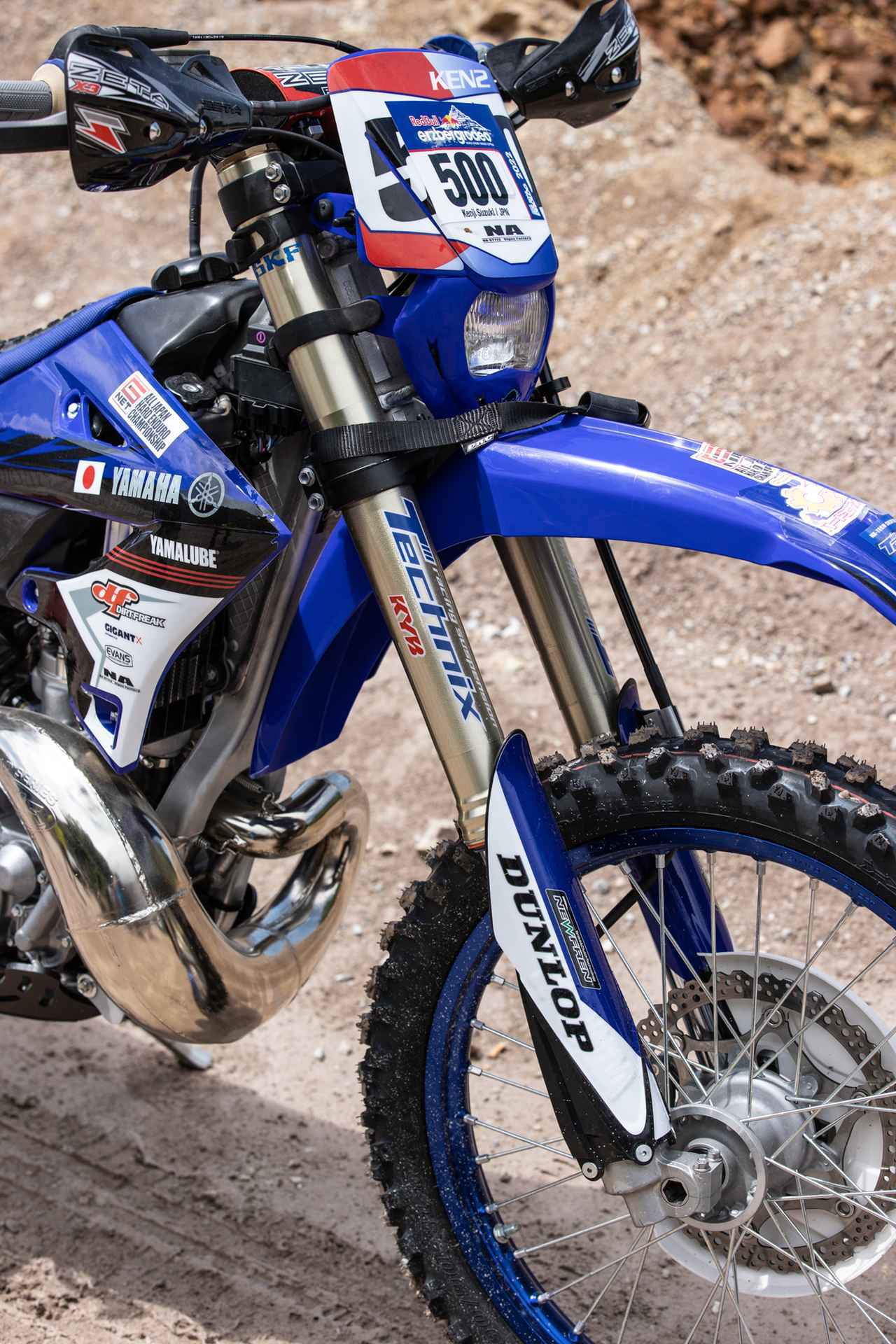 The transmission is all standard Yamaha and is the same as production model in every way except lower ratio bottom gears. First and second gears are “super-low speed” and specifically made for Erzberg by the development team.

Final ratios used over the weekend switched from 14 x 48T for high-speed prologue to 12 × 52T for main race.

E-starter and its “unconventional” power sources

For this special race, Suzuki’s YZ250 was fitted with the all-important magic button on the bars to fire the motor back into life. The starter motor is aftermarket, not a Yamaha part, but the gears and some parts inside have been modified by the YZ development team.

The power supply for the starter motor is not connected to the generator as is conventional. Unconventional is the word as this bike in fact has two batteries, both of which work as standalone systems directly connected: one to the starter and the other to the fan.

We’re not sure why they made this choice, except for easy installation, but this naturally limits the number of times the starter can be used. It’s a neat set-up none-the-less and the starter battery is squirrelled away under the seat, positioned into the top of the airbox when teh seat is in place.

Specialist company Technix work with the Japanese factory racing team and they had the task of fixing the YZ fit for the purpose of first the prologue runs and then backing things off again for the technical terrain on the main race.

It’s the standard KYB forks and shock absorber just modified to Kenji’s weight and with some damping changes to control chassis for hard enduro.

The triple clamps are different too, and replaced with set which have a smaller offset for quicker steering. Unfortunately we don’t know the actual offset measurement.

That’s about all we have on this bike. A quick look at a Pro bike of the highest pedigree and certainly a rare treat for Yamaha and two-stroke fans.