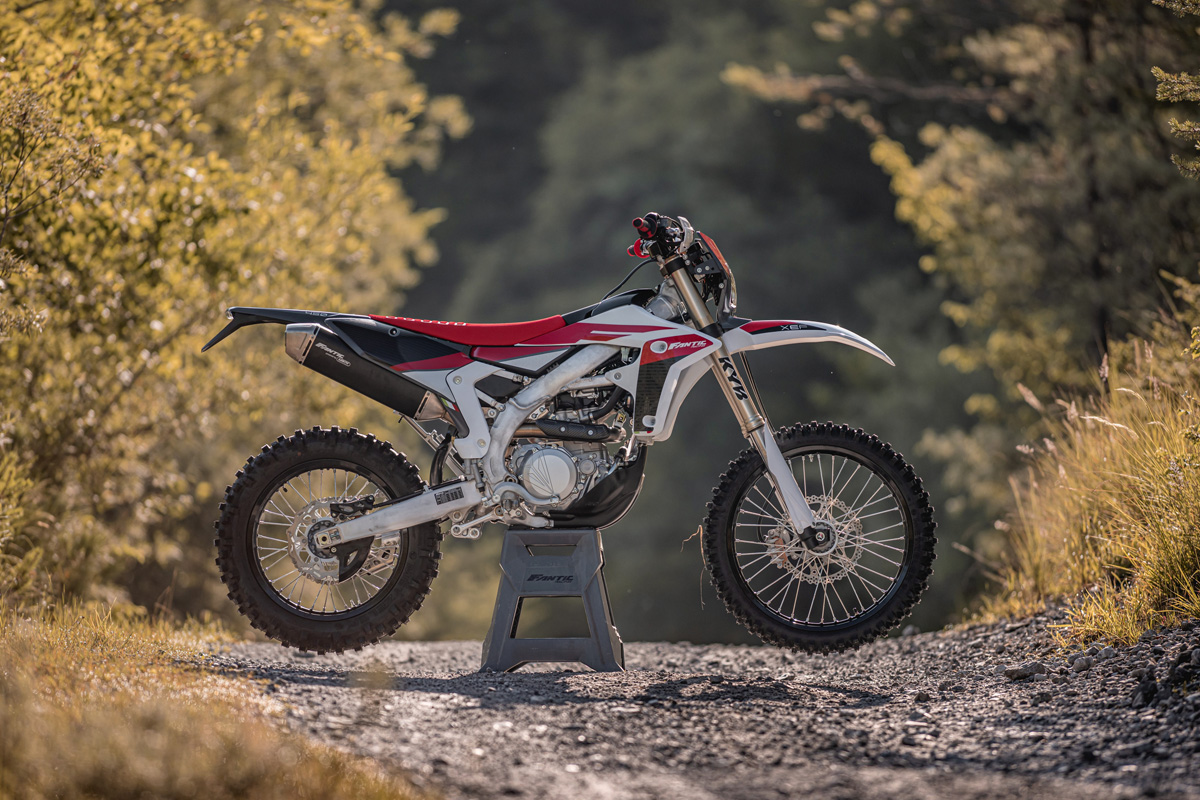 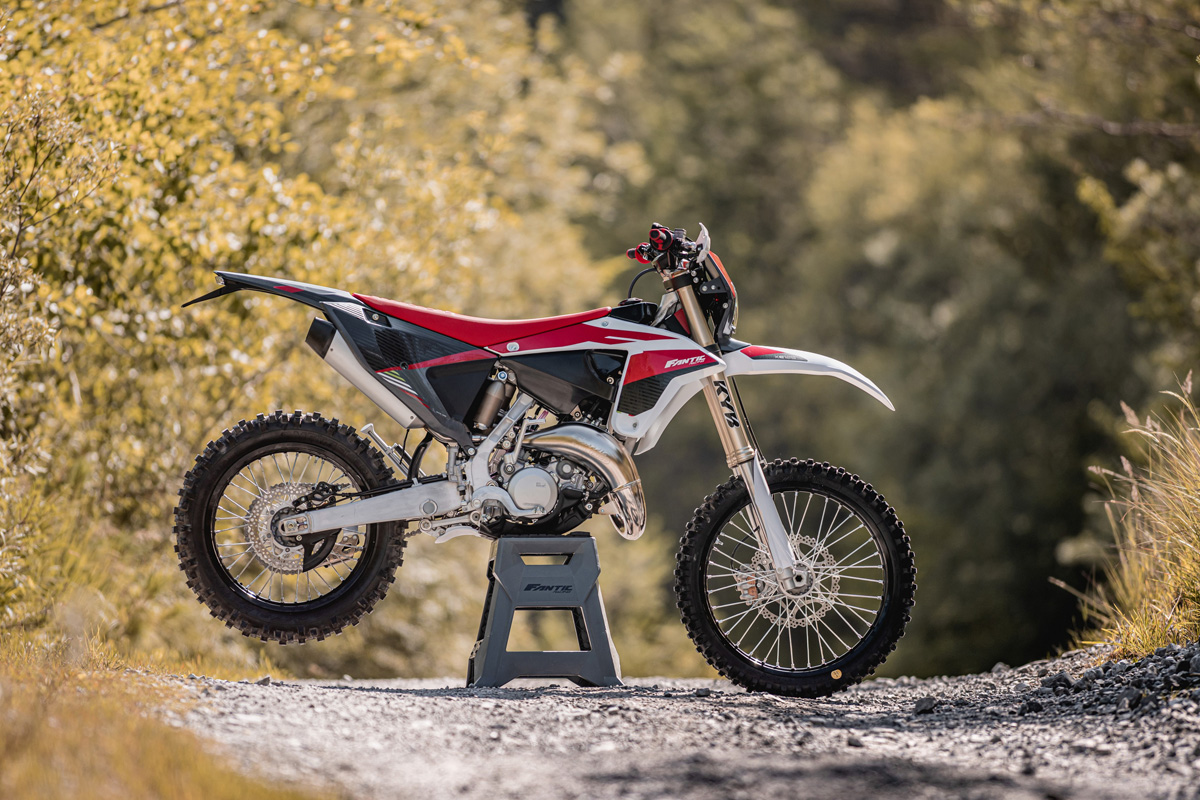 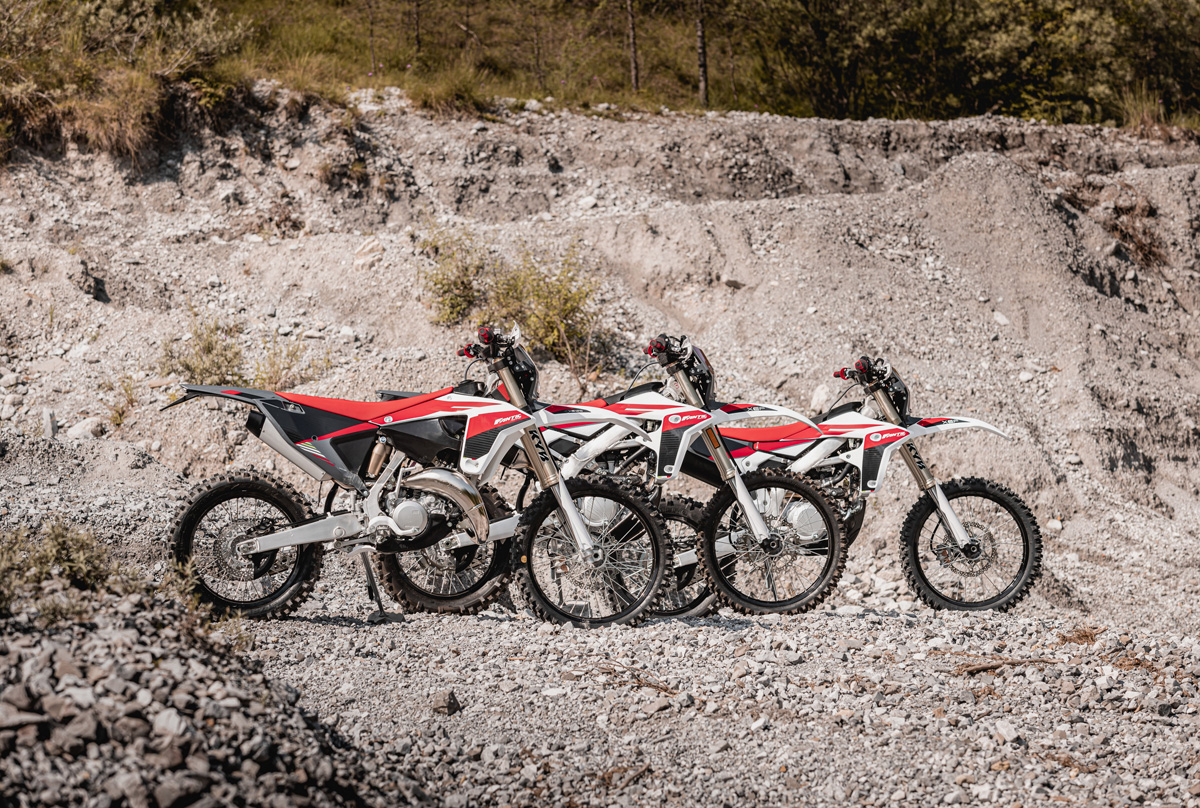 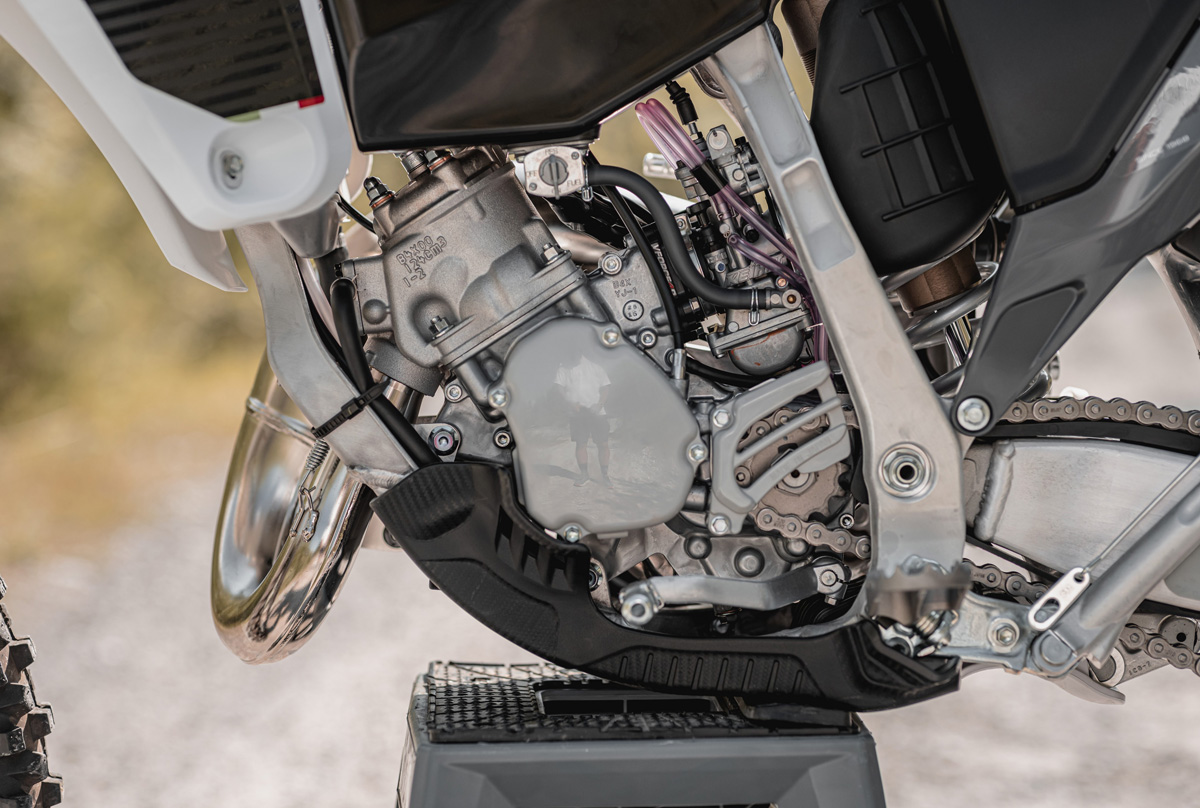 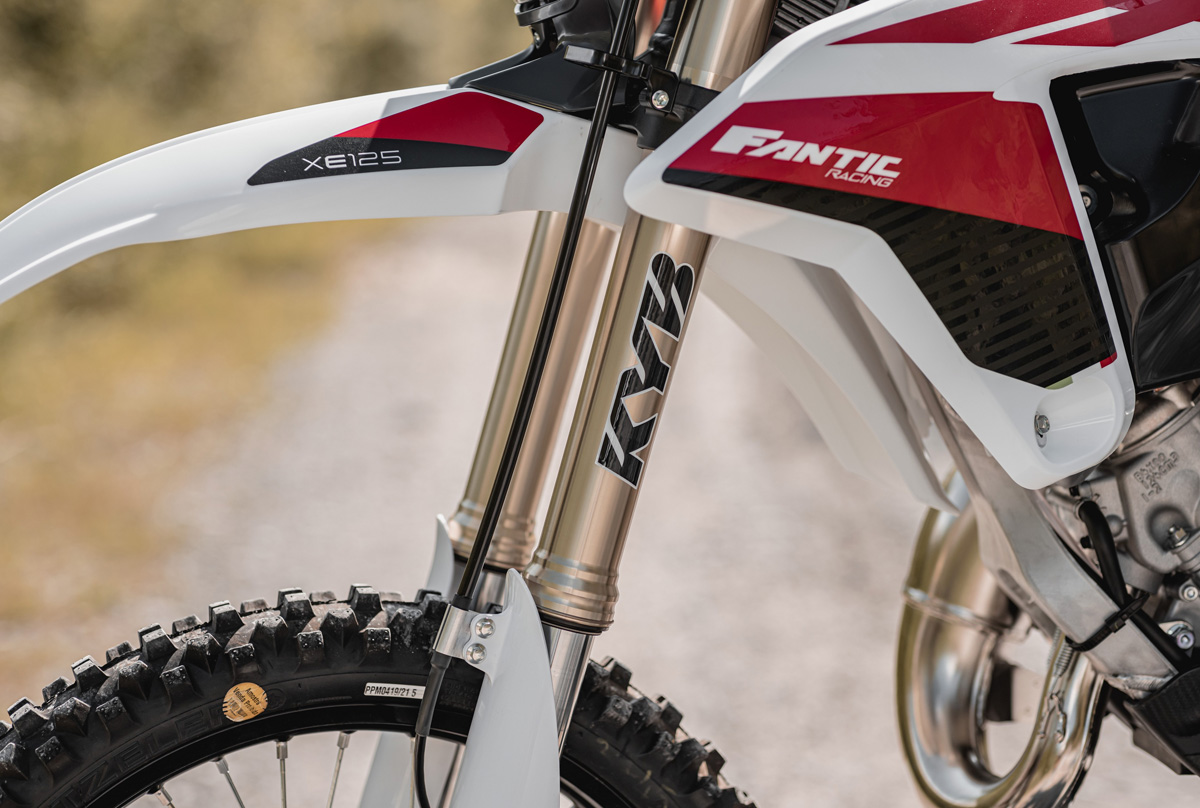 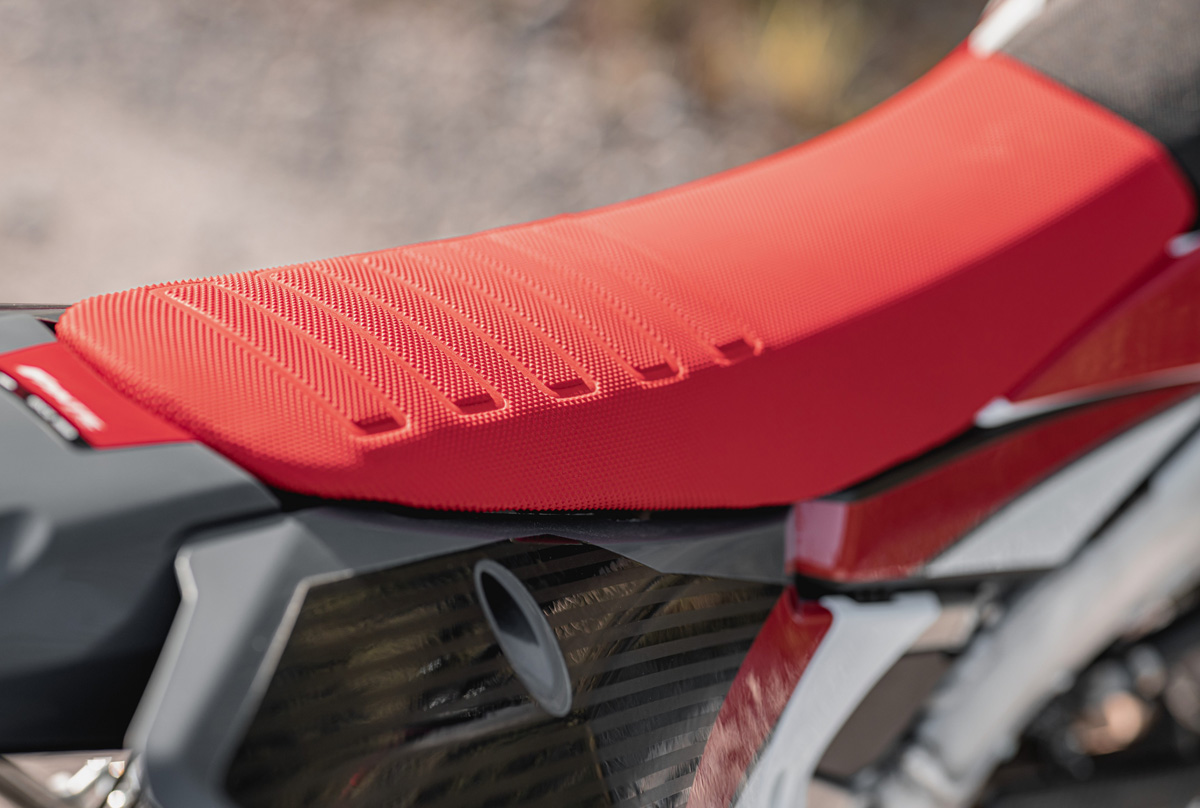 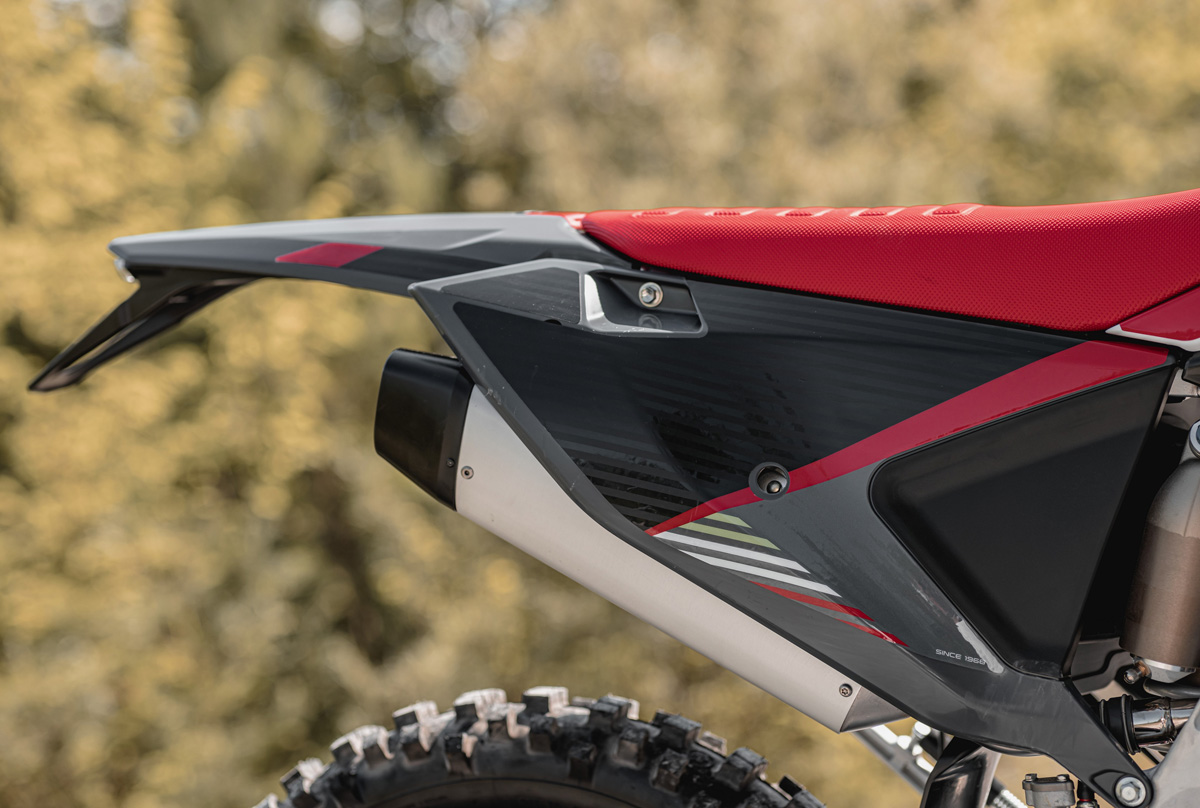 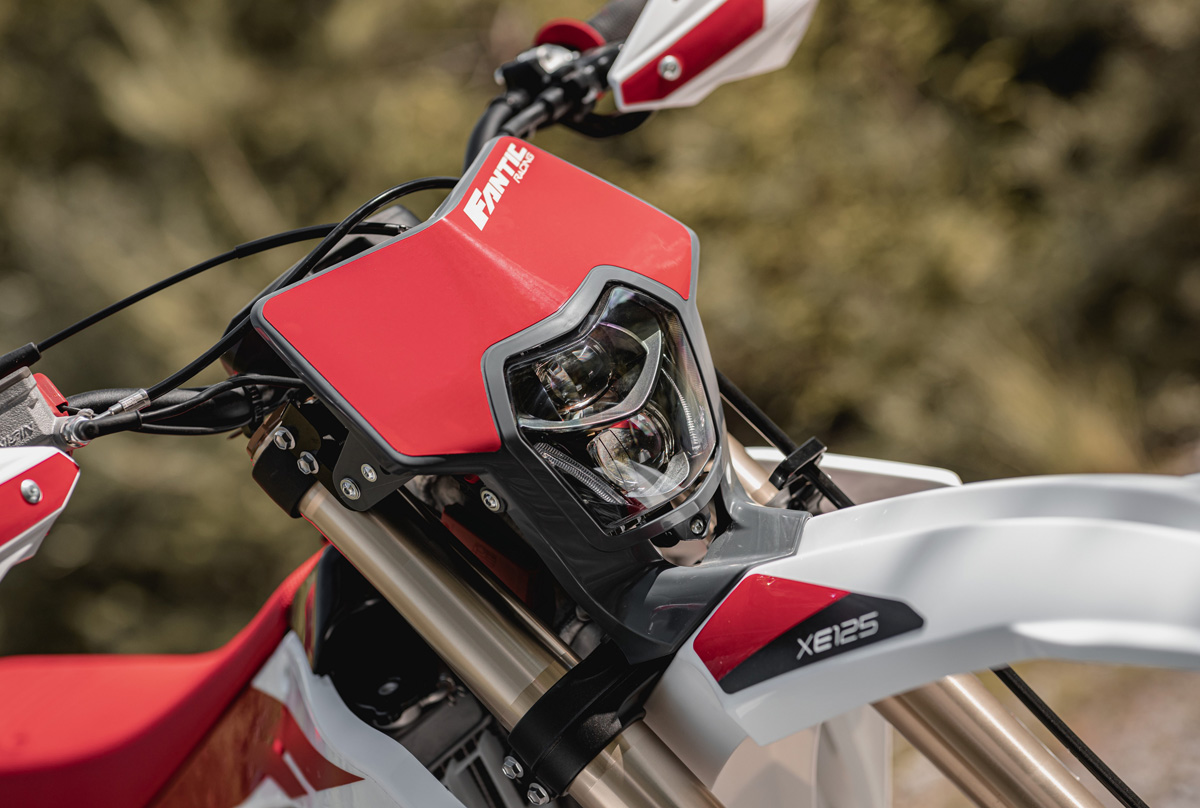 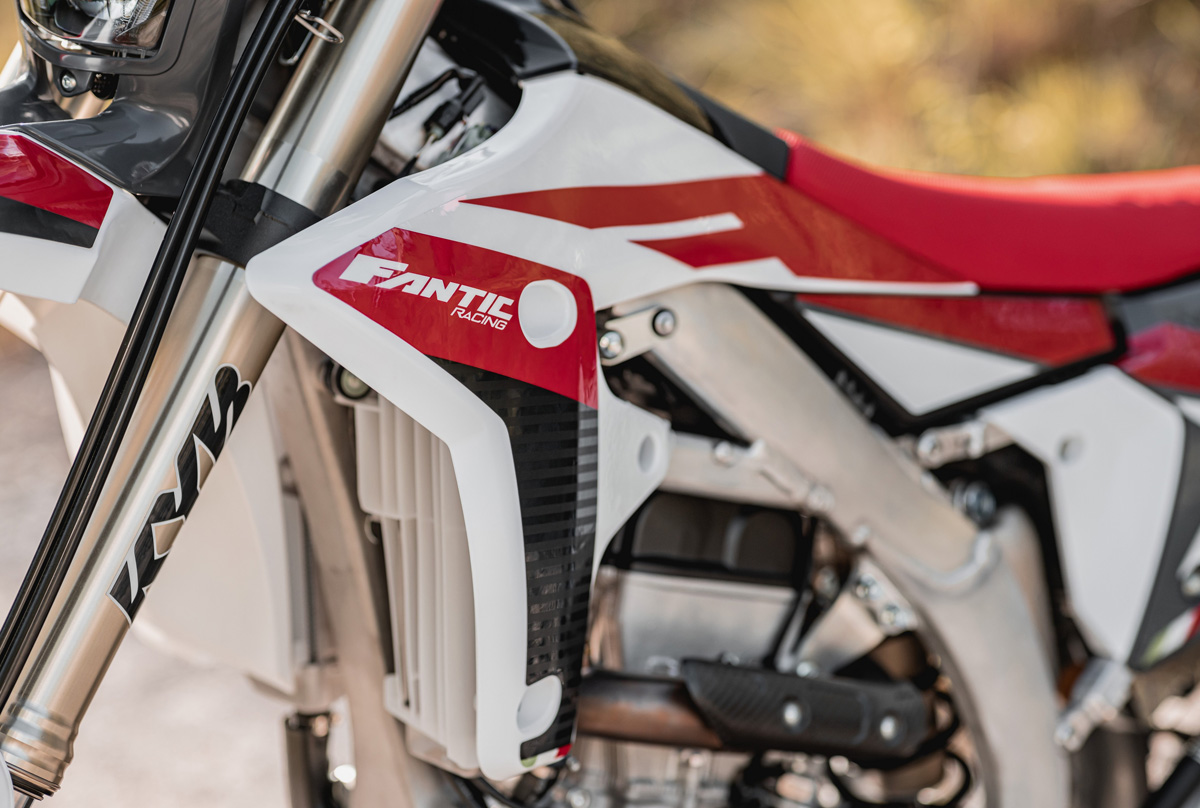 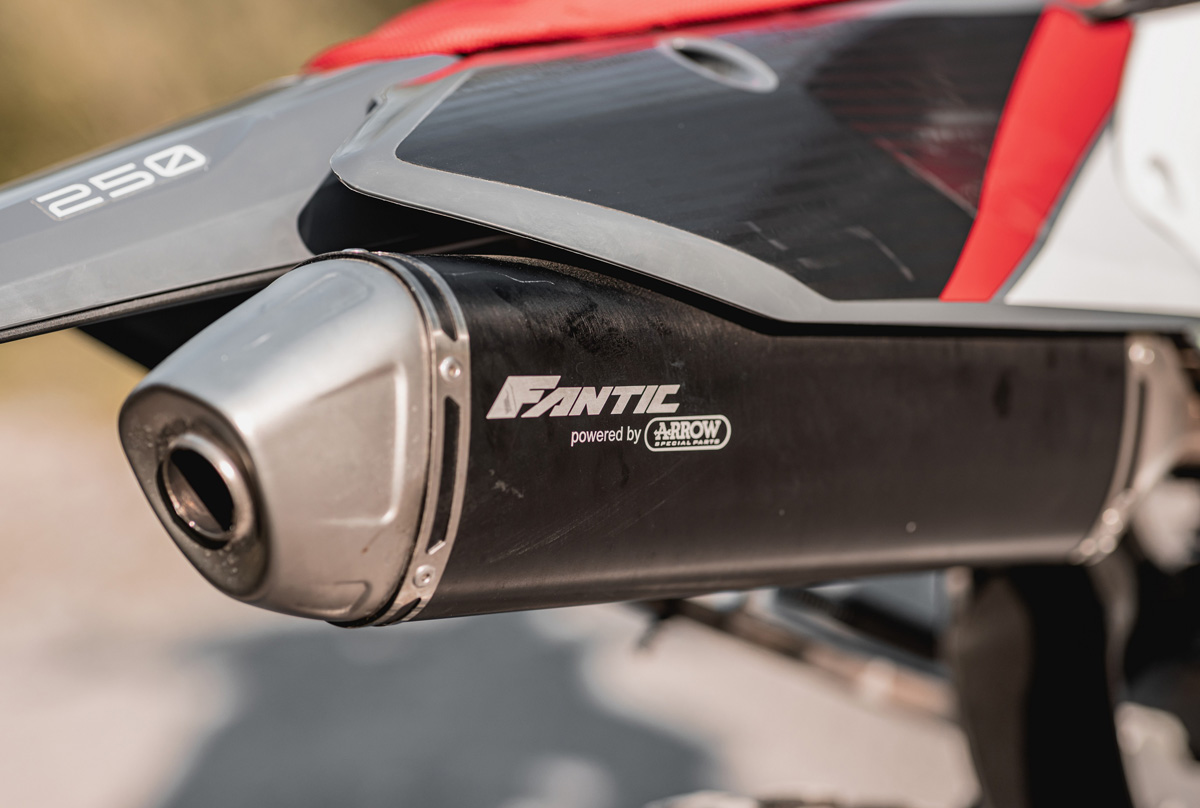 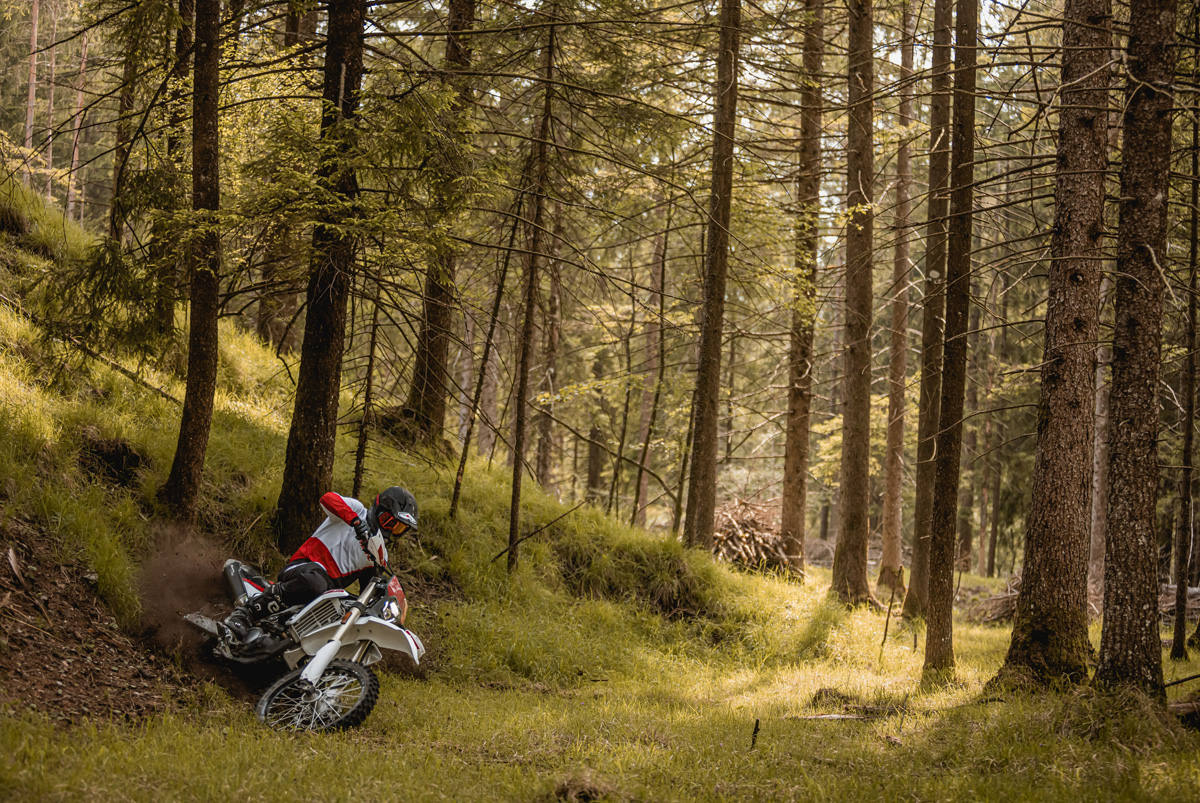 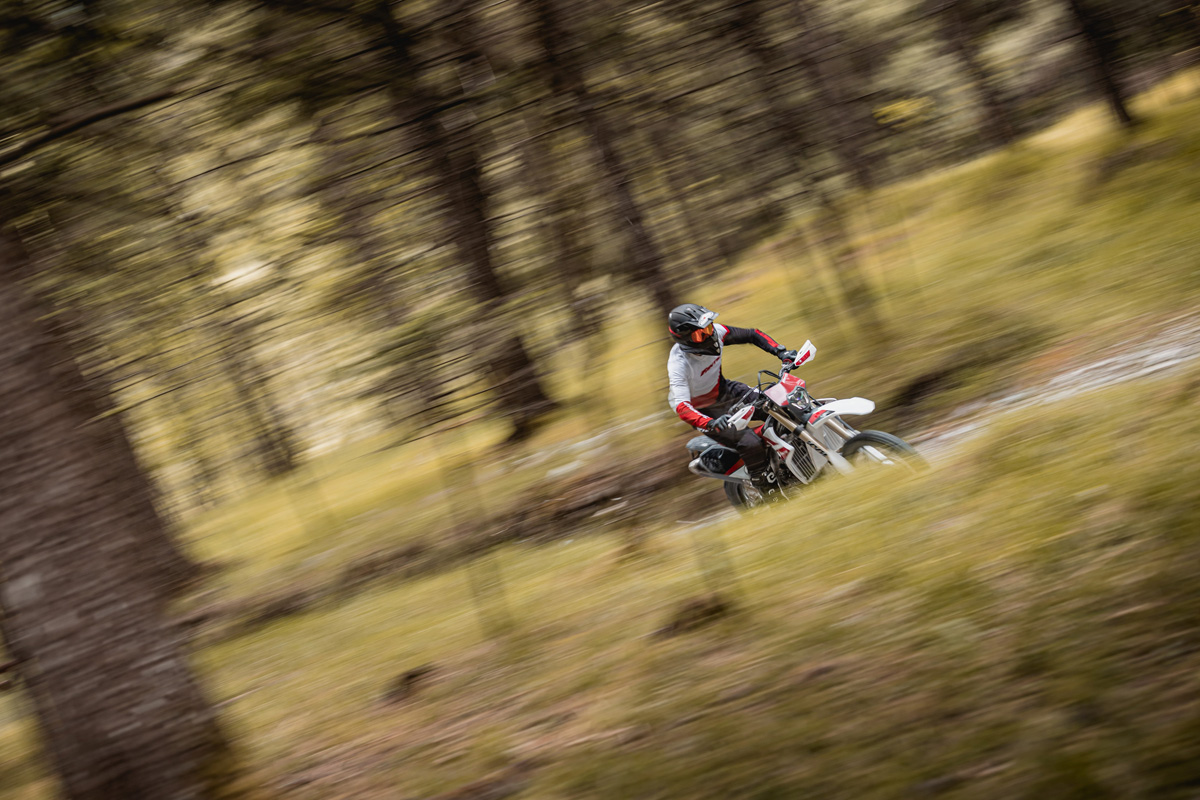 It’s new bike week for the Italian manufacturer Fantic Motor who have announced their full off-road range including the 2023 Enduro models with updates to the two-stroke XE125 and four-stroke XEF250 and XEF450 – sadly there’s still no 250 or 300cc two-strokes yet though.

125 enduro bikes with carburettors and Euro5 certification are getting rarer which makes the most updated bike in the 2023 Fantic enduro range, the XE125, partly unusual but also helps us understand why the model is such an incredibly popular bike in Europe for youth and junior classes at least.

Sadly, though Fantic have a 250cc 2T motocross model, there’s no XE250 enduro equivalent in this MY23 line-up. Adding to that disappointment, the 300cc two-stroke prototype Davide Guarneri has been racing in the 2022 EnduroGP World Championship is also yet to appear as a production model (although you could opt for the XX 250 motocross model and adapt it…).

An “all-new engine” for the baby enduro model is the headline act for Fantic this model year and it is the one they are shouting the loudest about.  The 125cc two-stroke engine gets a complete makeover they say by drawing on the 2021 Junior Motocross World Championship-winning motor, plus major input from the high-profile EnduroGP race teams which have dominated the Youth World Championship for a couple of years now.

Some people will have already written the word ‘Yamaha’ in the comments somewhere relating to this article but the updated 125 2T engine is as good an indication the Italian factory does more than simply put new plastics on a blue bike and ship them out the door. 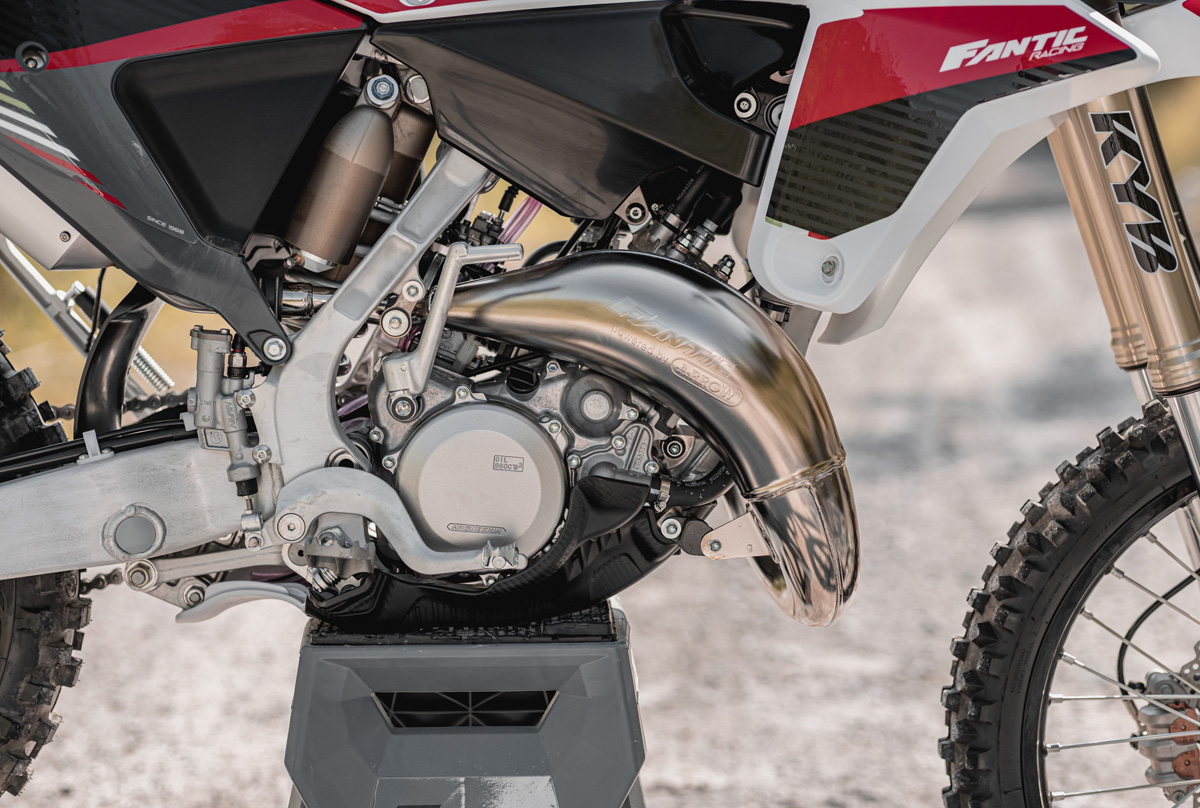 Fantic point to a redesigned cylinder, piston, connecting rod and a new Keihin PowerJet 38mm carburettor to make it “robust, smooth” and dish out “exploitable power even at low revs.”

The Arrow exhaust system features a chrome-plated expansion chamber, specially designed with the Fantic R&D input to improve the power delivery they say, giving the XE125 plenty of punch at high revs without losing smoothness and progression throughout the power range.

Like the 2023 MX models, the XE range also features a redesigned rear axle plus a new airbox giving easier filter access, “optimised” for performance at high revs but which is better at keeping impurities away from the air filter. The redesign comes with help from the race teams who also developed the slimmer and less obtrusive side panels. A new seat further improves the rider ergonomics Fantic says.

What hasn’t changed is the 100%-aluminium frame and fully adjustable Kayaba 48mm SSS (Speed Sensitive System) 48mm closed cartridge forks and mono shock with 300mm and 315mm wheel travel front and rear respectively. They are benchmark standard springers as we always point out.

The 2023 Fantics come with handlebar engine map switches as standard too: the soft map delays ignition time by softening the flow rate and is suitable for the tougher terrain and mud to make it more manageable without sacrificing maximum power. The full horsepower hard map is better suited for high grip surfaces.

ISDE laurels for the four-strokes

With victory in the hands of Davide Guarneri as part of the Italian team at the 2021 Six Days of Enduro, the Fantic XEF 250 4T probably needs no introduction or proof of its reliability and performance.

Running the distinctive inverted cylinder head for a direct front air intake from the Yamaha donor model, the Fantic development of the Japanese bike is proving itself at all levels of our sport.

The 55+ horsepower four-stroke XEF450 arrived last year and a serious weapon. Fantic’s input to the 450 includes the 100% in-house ECU management system which, like the 250, gives two map options for softer or full power.

Fantic’s WiGET app lets you control the ECU from your smartphone and opt for either their in-house developed map options or create your own engine set-up to suit the type of terrain and the weather conditions.

It also lets you read the bike’s hour-meter, add service notes, get diagnostics and view engine data in real time all via the screen of your smartphone.

With a bit of luck, maybe Enduro21 will get to test the bikes this year... 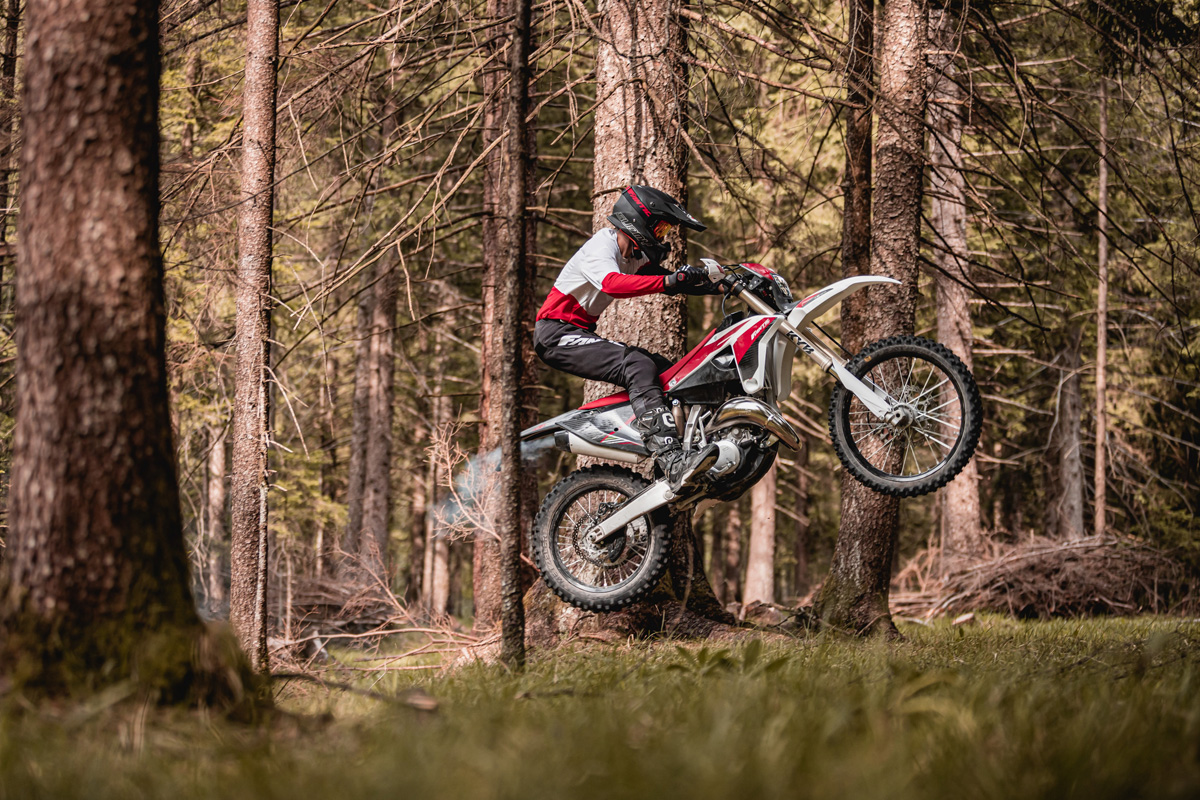 The entire range will be available through the Fantic sales network as early as September 2022.