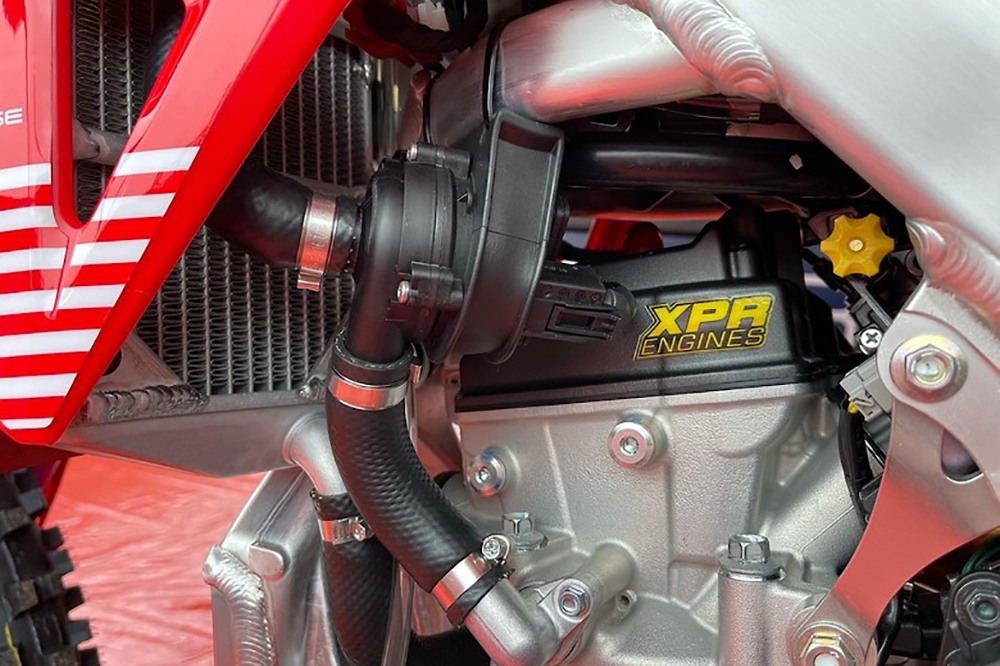 Spotted: Electric water pumps on MX bikes – would it work for enduro?

Could fitting an electrical water pump to your bike improve performance and engine life? Some motocross teams think so and have been fitting them to gain precious BH in Supercross. It got us wondering, could it work for enduro?

While we await the next generation of fuel injected, two-stroke engines or the birth of the hydrogen-powered, single cylinder engine, we keep looking for ways in which we can improve what we already have. Gains in engine power and efficiency get smaller and harder to achieve with every bike model update, but they’re still out there.

How about this for an idea which any one of us could do for ourselves and which will potentially increase power and efficiency of an engine. The latest ‘must have’ part that several of the Supercross teams have been spotted using this AMA season is the electrical water pump.

They’re removing the standard mechanical water pumps and slotting in a simple unit which increases flow rate, keeps the engine temperature constant, increases horsepower and prolong engine life too. So they claim.

How does it work?

Their aim is to increase flowrate in the cooling system through a small, brushless pump and reduce the drag by removing standard mechanical pump all water-cooled bikes have fitted. That leads to an increase in power output due to a more constant running temperature and more efficiency (less drag) in the system – there are claims of an additional 1.5hp floating about.

The idea makes sense: a constant, independently powered pump to increase flowrate will have obvious benefits for a single cylinder engine. Depending on which pump, it can increase flowrate to 35 litres per minute, though typically it is lower but different model pumps are either adjustable or have more or less flow rate.

Some big-name manufacturers already produce them – Bosch and Polini for example but there are other more independent manufacturers floating about aiming at dirt bike. The ones we’ve looked at weigh very little, 360grams or 0.8lbs. They claim to be simple to fit, have low current use from the battery, have adjustable flow rates and can be set to kick-in at a chosen temperature.

Could they work for enduro?

Why not? What about hard enduro where the running temperatures are higher, air flow through the radiators can be non-existant and constant cooling would be a real bonus? They are out there already but why aren’t people fitting them?

The question many will ask here is “do I need to introduce another thing to go wrong?” It’s an age-old conundrum and something of a mantra for many off-roaders who naturally prefer to keep things simple.

There are no shortage of manufacturers making higher-spec mechanical higher flow water pump kits for dirt bikes. Normally they have longer or larger impellers to increase the coolant flow, reduce running temperature and improve performance and slot straight in. 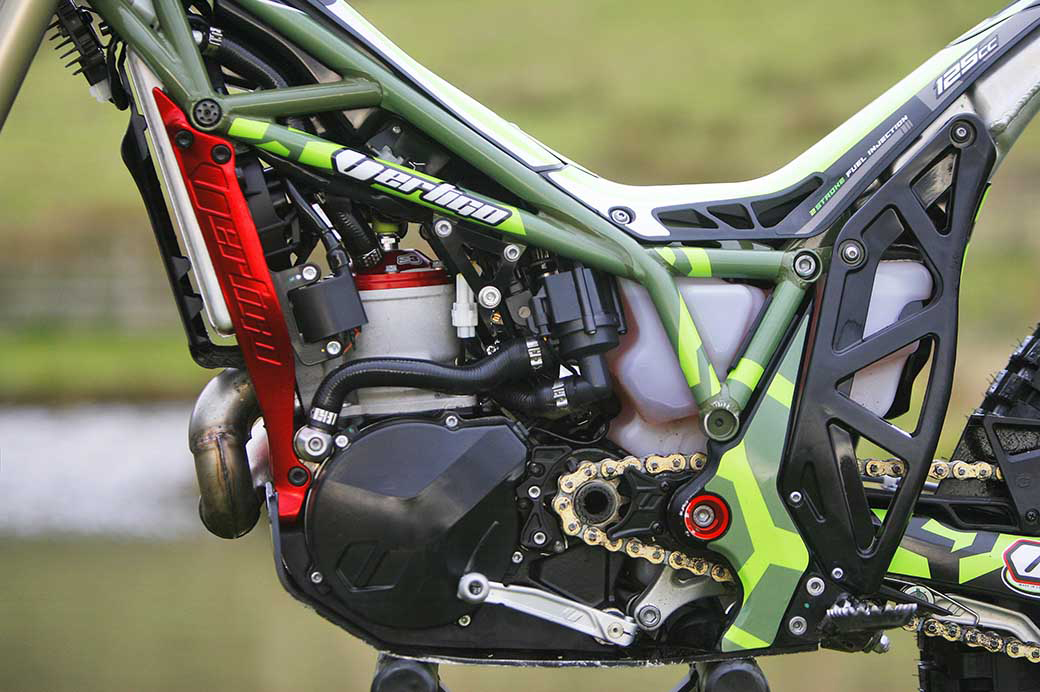 Electrical water pumps are nothing new either, notably the Spanish trials bike manufacturer Vertigo have fitted them to their bikes. They’re also used on go-kart engines and are popular aftermarket fit with the scooter tuning and racing fraternity.

People have been making the same arguments for keeping electronics out of all kinds of dirt bikes for years and it’s getting to be a tired argument. It’s in the interest of no-one to have a part or bike which keeps breaking down – manufacturers of bikes and electronic components have a good habit of improving with every generation much like phones, cars or computers.

No-one’s saying go and buy a $30 water pump off a random online shop and go racing GNCC. But there’s a lot of money involved in Supercross and no-one would be fitting parts to bikes which would fail or cost them places and points. The pumps we’ve looked at make claims for many thousands of hours reliability.

Though Supercross obviously isn’t quite as hard on a bike as woods riding in the mud and rain, mechanically it is a very tough bike sport especially on an engine. We're guessing these thigns are currently selling like hot cakes to the privateer and hobby motocross boys and girls. 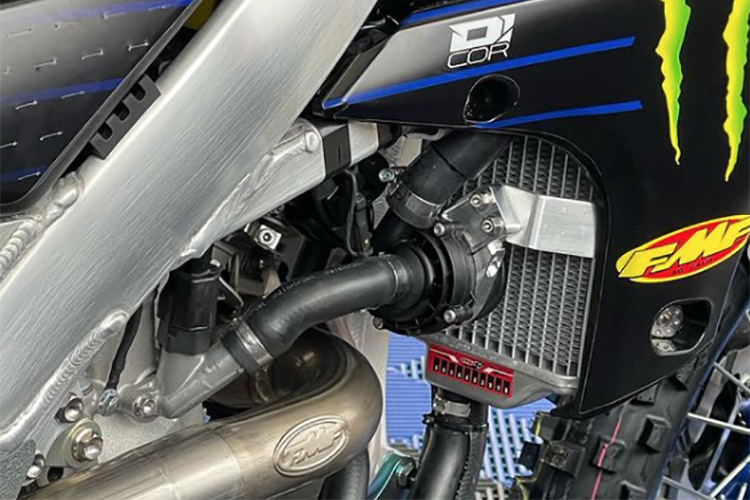 Some enduro riders already reduce the drag internally in their cooling system by removing the thermostat, fitting a fan (where it is not standard) and a manual switch. It helps, but could an electrical pump be the next step? It’s food for thought.

We’d be interested to hear from anyone who has fitted and used one for enduro. We’d also be keen to fit one to our test bikes and give it a shot. Get in touch at the email below.