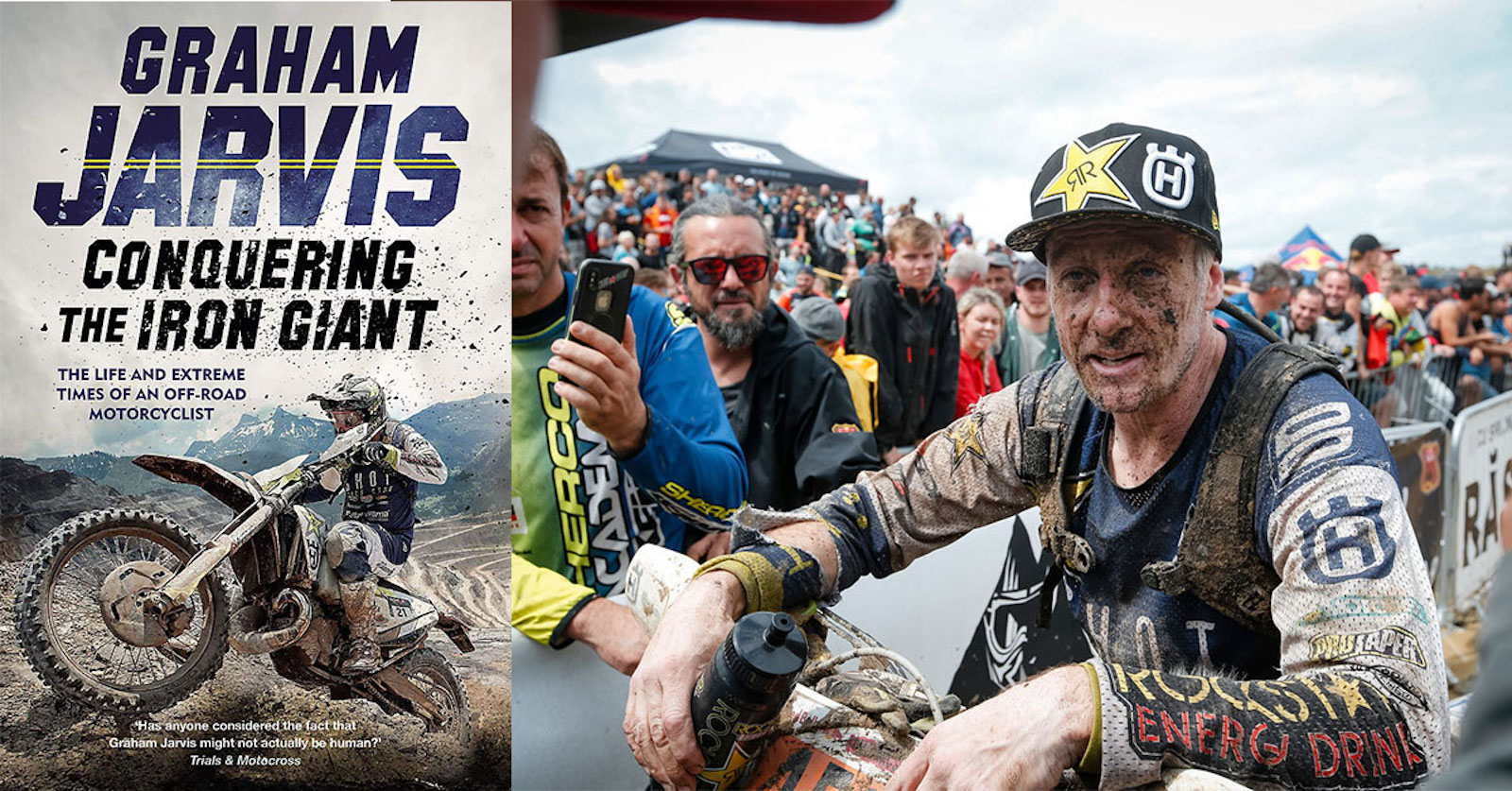 “It’s basically to tell the story of my life really – a lot of people don’t know the story and that I had a whole career in trials before enduro.” Explains Graham as we catch up at the recent World Enduro Super Series round at Hawkstone Park.

The new book from Jarvis runs through his career on bikes which spans approaching 30 years. The story (and the great images) from early days as a skinny little lad riding schoolboy trials, his progress to become British Trials Champion and up to a factory rider in the World Trials Championship before moving to Hard Enduro in the mid-2000s.

The signs were always there that Graham would conquer Hard Enduro with a record number of wins at an event which laid foundation for hard enduro events, the Scott Trial. For the record, and because it is proof enough of how hard this man is, Graham is the nine-times winner of the Scott and also has four wins at the Scottish Six Days Trial.

Jarvis' new book also sheds light on the early days of Hard and Extreme Enduro as a sport, what events were like in those early days and how Jarvis conquered not just the Iron Giant but the sport to become the legend we know today: “Really, it wasn’t really a sport when I started, a lot of people also don’t know what happened in those early years, what the events were like and so on. It’s not what it is now that’s for sure.

“There were less races then just Erzberg, Romaniacs, Hell’s Gate and my very first event was The Tough One in 2006, we’ve all come a long way since then including the events themselves and I just wanted to tell my story.”

'Conquering the Iron Giant' is available now in all good book shops but you can get yourself a personal signed copy direct from the man himself at: GrahamJarvis.org